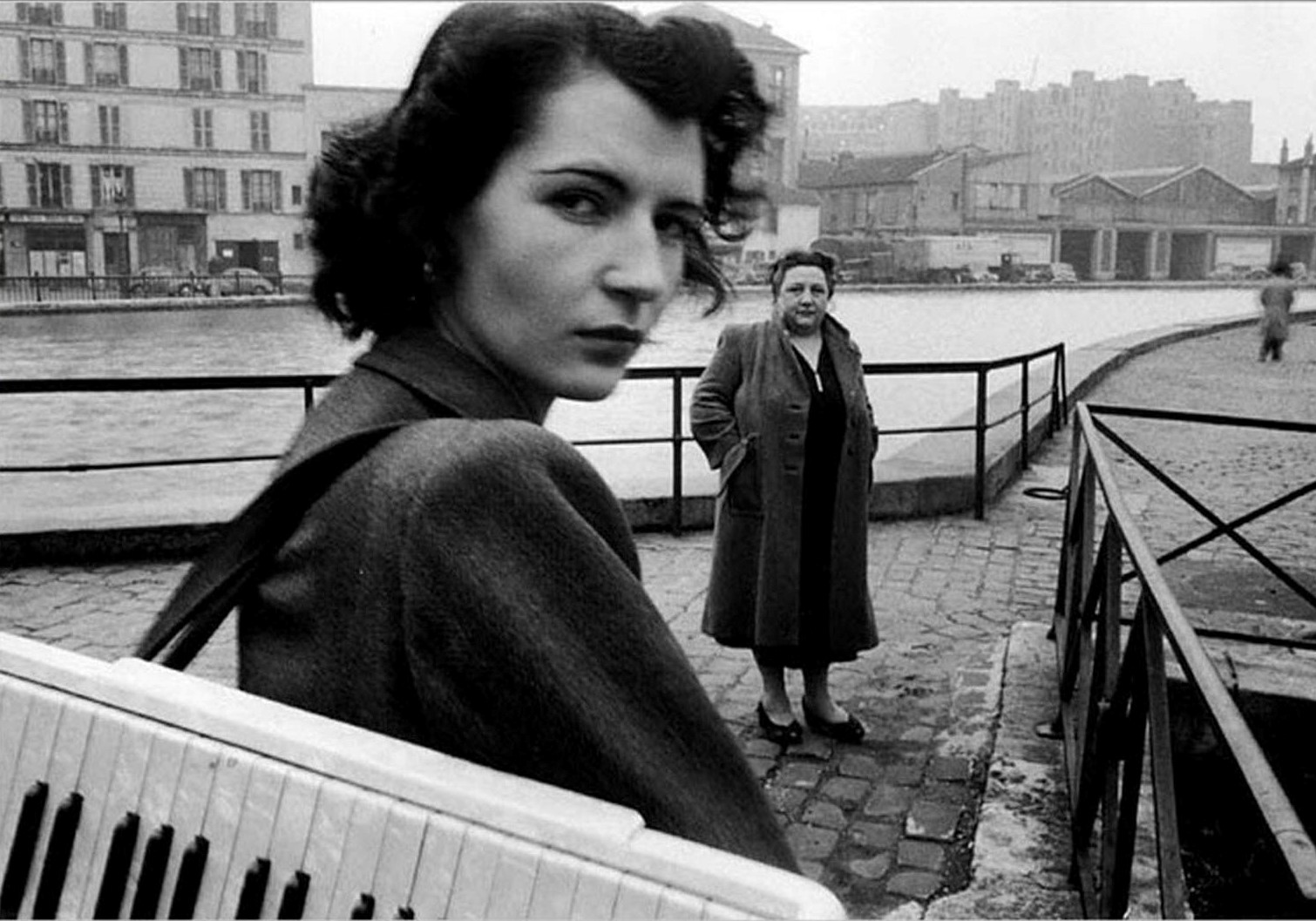 Written and researched by Stefano Cerquetani

“To those who enjoy breathing the smell of incense, I recommend a different profession. The photographer pulls the sleeve of the rushed man with a blank stare and shows him the free and permanent show of the street”. (Robert Doisneau) 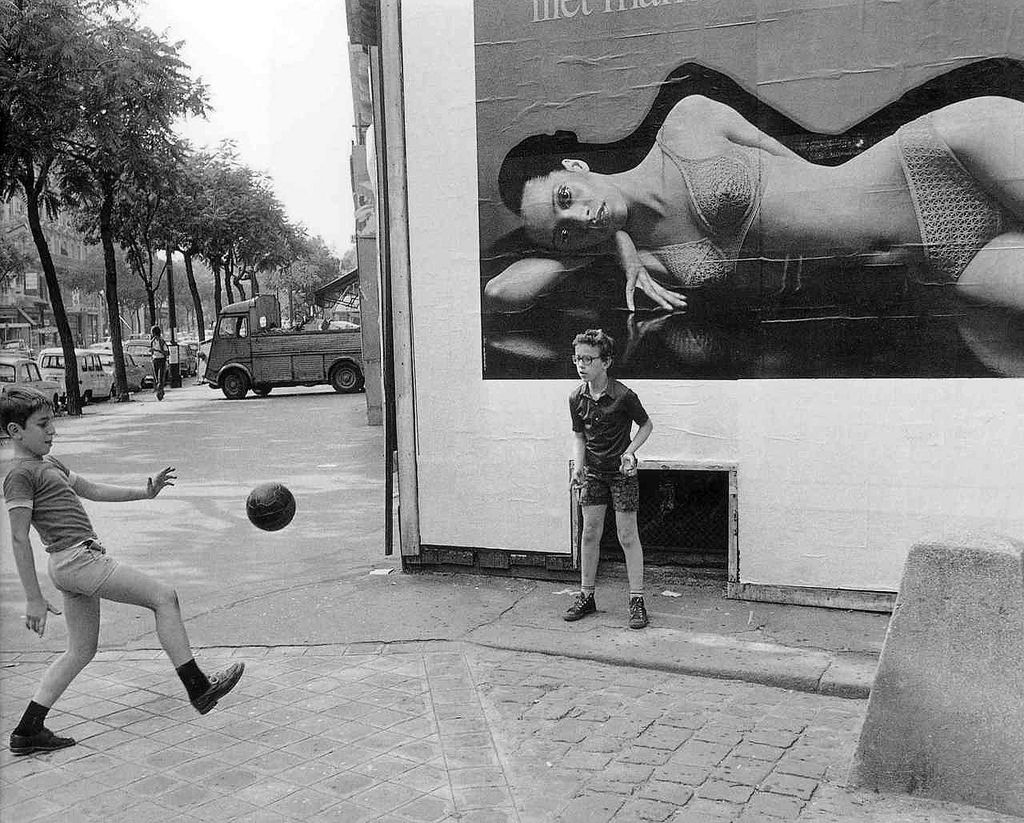 The greatest exponent of the so-called humanist current of street photography, a lover of stolen shoots, Robert Doisneau was fascinated by emotions, from the small moments of life of a city in turmoil, as the twentieth-century Paris was; on the streets, people meet with inattention, as well as their stories did, drawing a puzzle of feelings that together contribute to define the profile of the city itself. 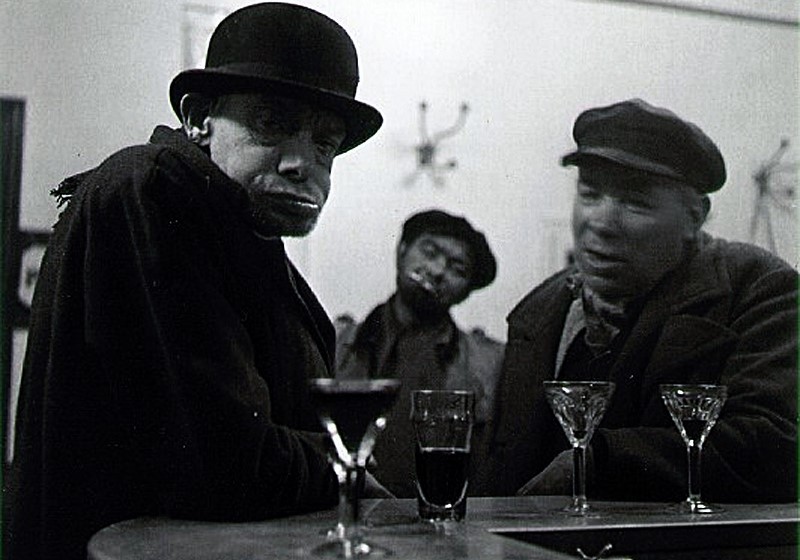 Graduated engraver lithographer at the Etienne school, he decided to leave that path to throw himself into the living and the harsh reality of the suburbs, a dimension that no one considered at the time. He started collaborating in 1946 with the Rapho Photo Agency, a collaboration that will last for almost fifty years, driven by the desire to donate the right dignity and the right value to photography, he concerned himself primarily with subjects that did not interest anyone else and that they had not have commercial value. 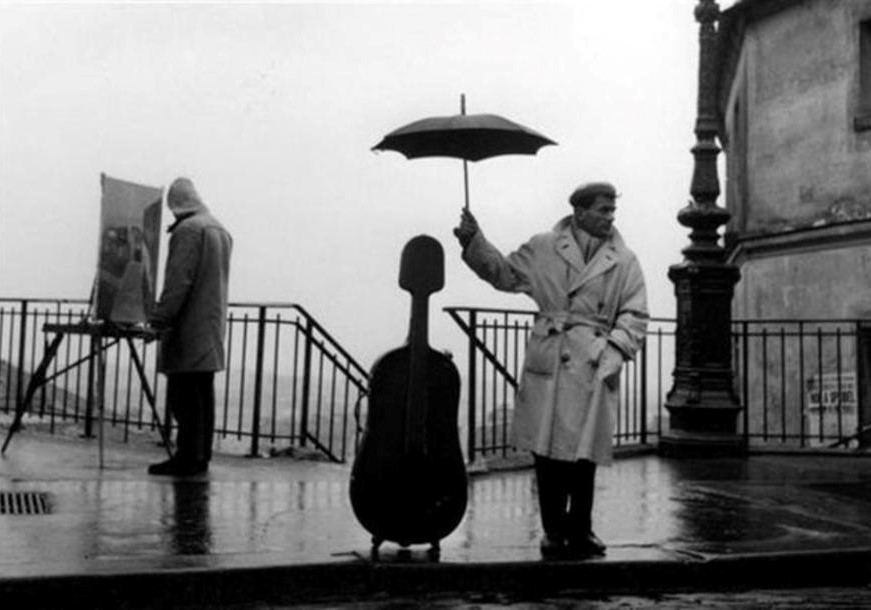 Doisneau does not tell of a conventional city, like the one shown in the world of advertising, fashion, newspapers or movies but a Paris of little people, of the art of the accordion, of adults and children, whose eyes exude humanity and tenderness. Paris is a city in constant motion, which Doisneau photographs in many ways, a city shaken by the ideas of great artists such as Prévert, Cendrars and Picasso, with whom he holds a friendship that will further enhance its great sensitivity, both as a man and as an artist. 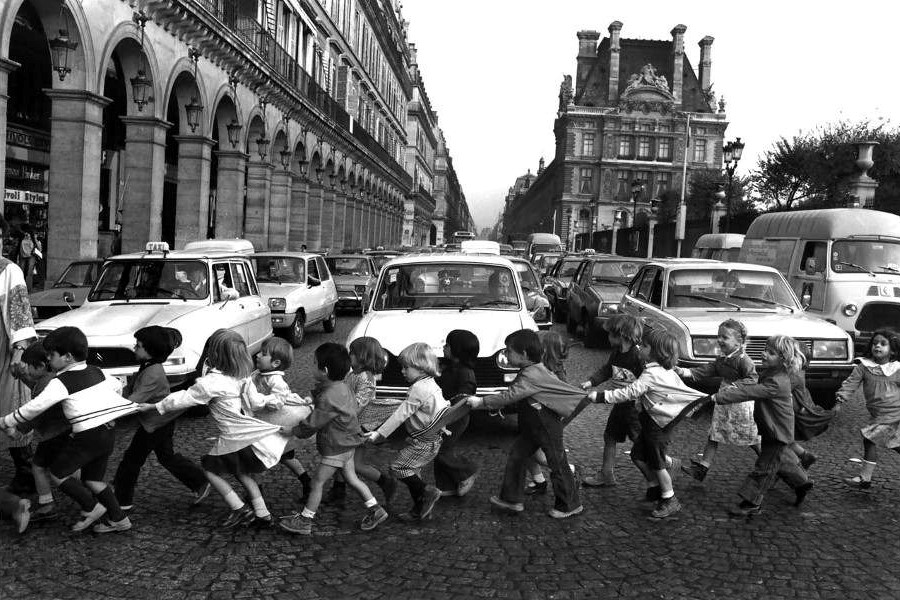 He says: “Two things move me along: disobedience and curiosity, as a reaction to group phenomena; in a group one is obedient so that things work out. I was never interested in fame which goes against curiosity and disobedience. The only way out is therefore the cunning represented for me by photography. ” 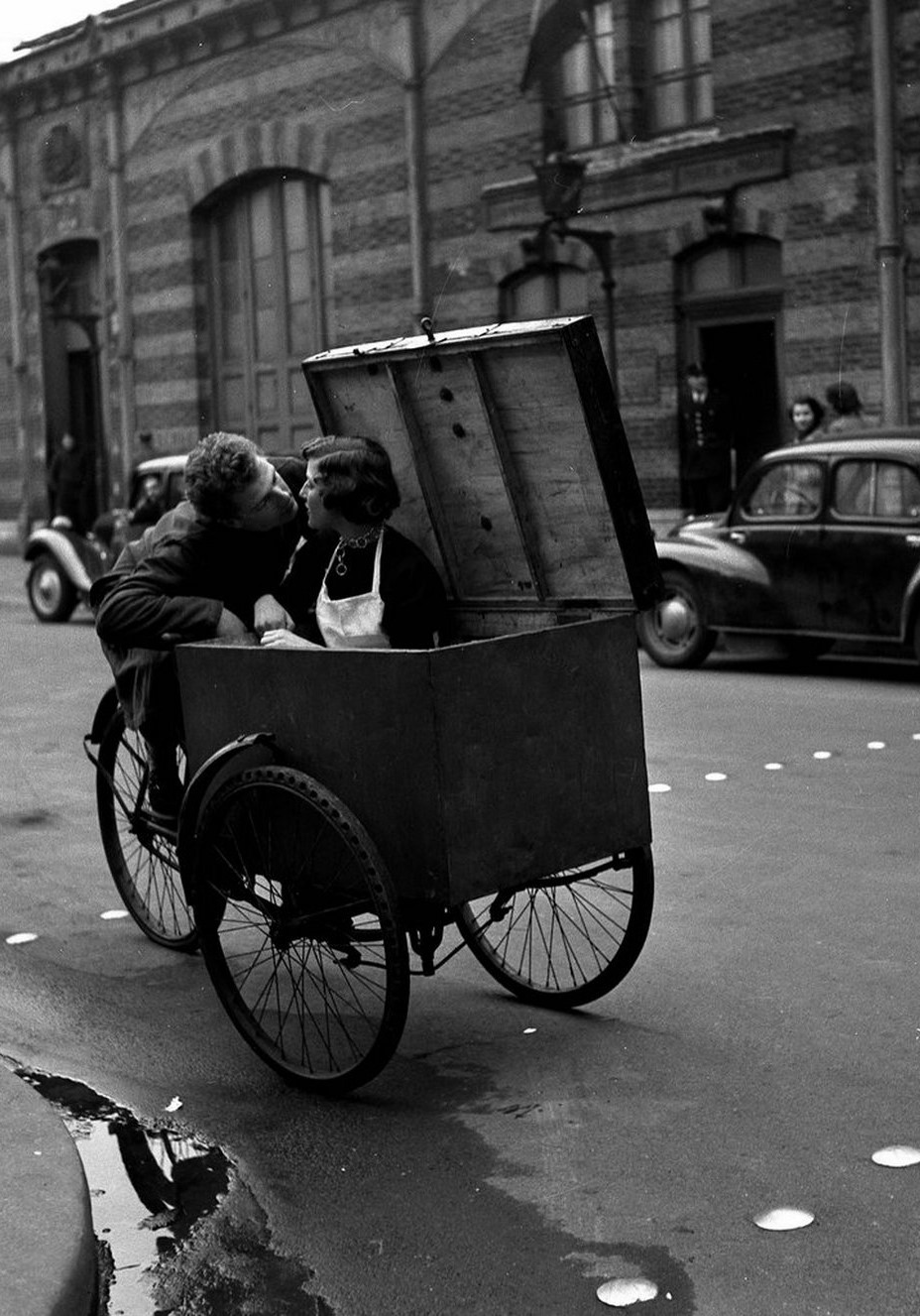 His daughter, Francine Deroudille, tells how his father felt more a craftsman than an artist, attentive to the graphics and composition of his work and at the question of how she would describe in one sentence the extraordinary work of her father, she said: “Love for freedom”, a response that is echoed in the words of Doisneau himself: “The few images that, in the course of time, continue to remain afloat piled like corks in the whirlpool of a river, were shot during the hours stolen from my various employers. To me disobedience is a vital function and I must say that I have never deprived myself of it ” 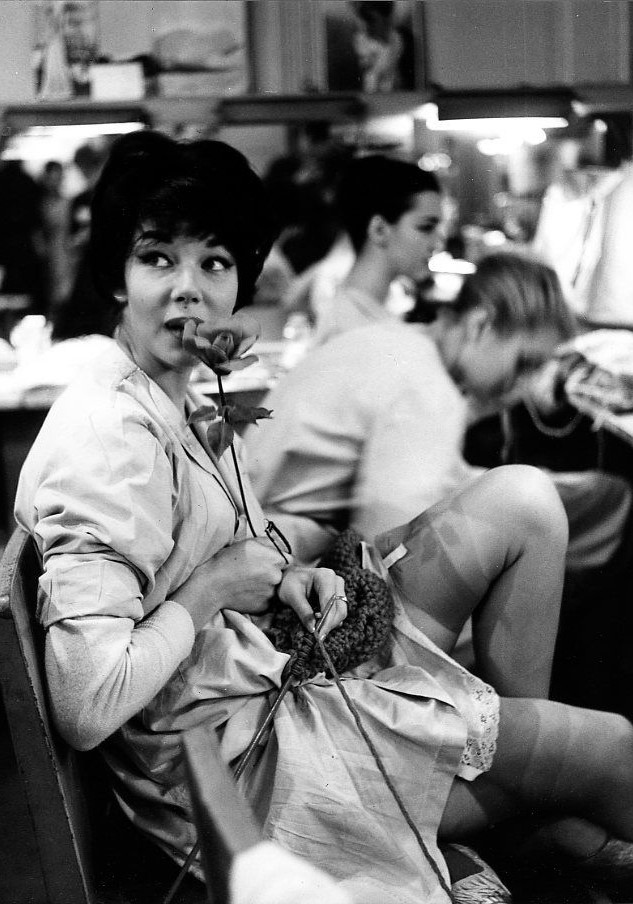 Many photographers have imitated him and his photos have set a trend: humanity portrayed by him is a unique and outstanding document; never intrusive, his eye is discreet, his camera is never too close to the subject, he does not like close-ups to communicate the essence of the people but he prefers open scenes, where the space speaks and those who inhabit it make it alive and vibrating. In an interview it can be read: “I’ll explain how you can gain the desire to do photography. Often it is the continuation of a dream. I wake up one morning with an extraordinary desire to see, to experience. Then I have to go. But not too far, because if you wait too long, the enthusiasm, the need, the desire will disappear. I do not think one can “watch” intensively for more than two hours a day. ” 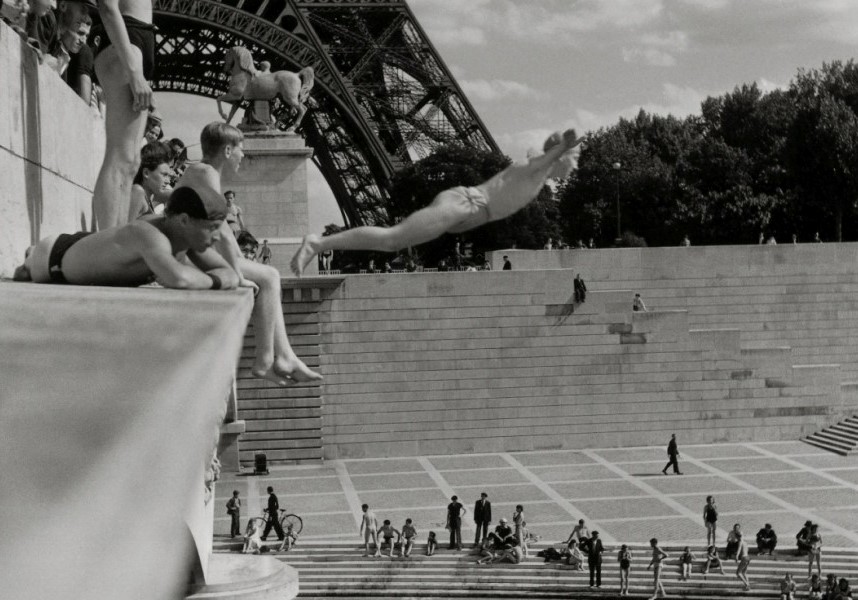 He continues: “I have always tried to make fun of something. Also getting older, what matters is to continue to be curious, to wonder. I still like to go for a walk for a couple of hours. When I choose a corner, a person, so many factors and phenomena come into play that are unconscious: a book that has been read, an old emotion. Sometime one must wait for over two hours on the same spot and observe; wait against all logic. It can happen that something will take place there. Most often it happens with effort and fatigue, it can be vaguely foreseen. Then a character crossed the Seine, just by chance, by mistake. And that mistake is what I’m trying to capture. Sometimes the meetings are planned, some others time they will happen on you. I’m waiting. I wait for the actors to come acting, not in the world that is, but in the one I want to be. ” 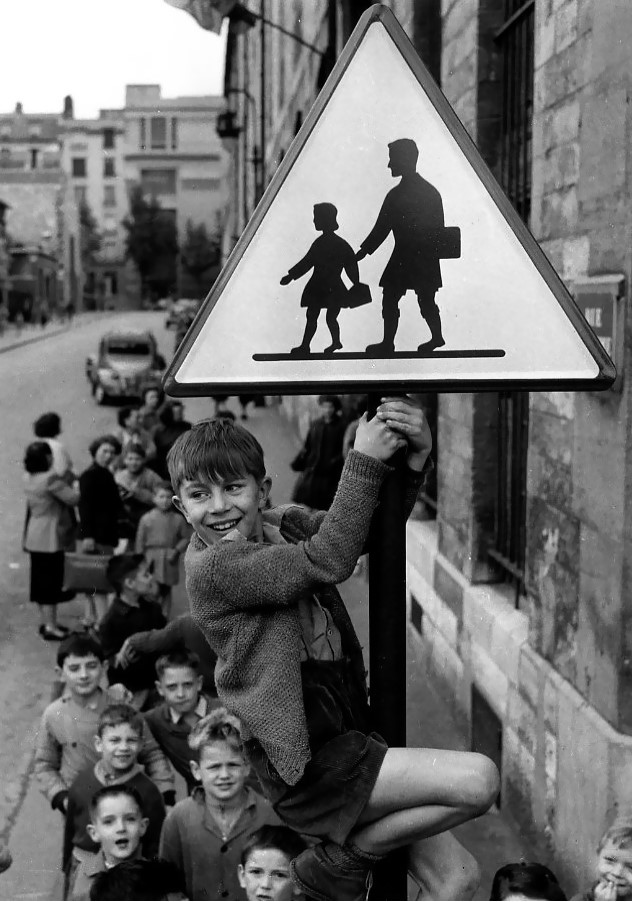 I conclude this brief tribute to the great photographer Robert Doisneau, reporting his comment, which helps to understand the spirit of his work and the greatness of his sensibility:

“Toute ma vie je me suis amuse, je me suis fabriqué mon petit théâtre.”
“All my life I had fun, I made my own little theatre”