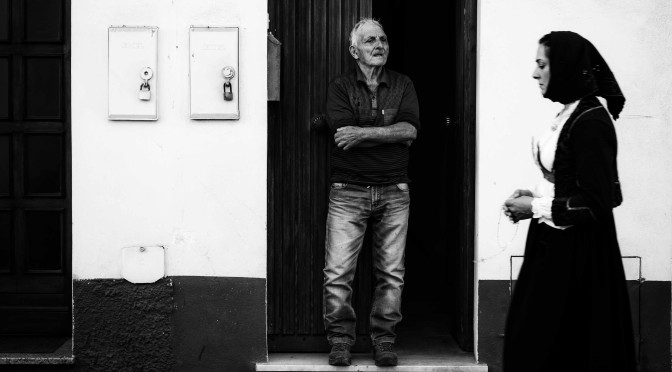 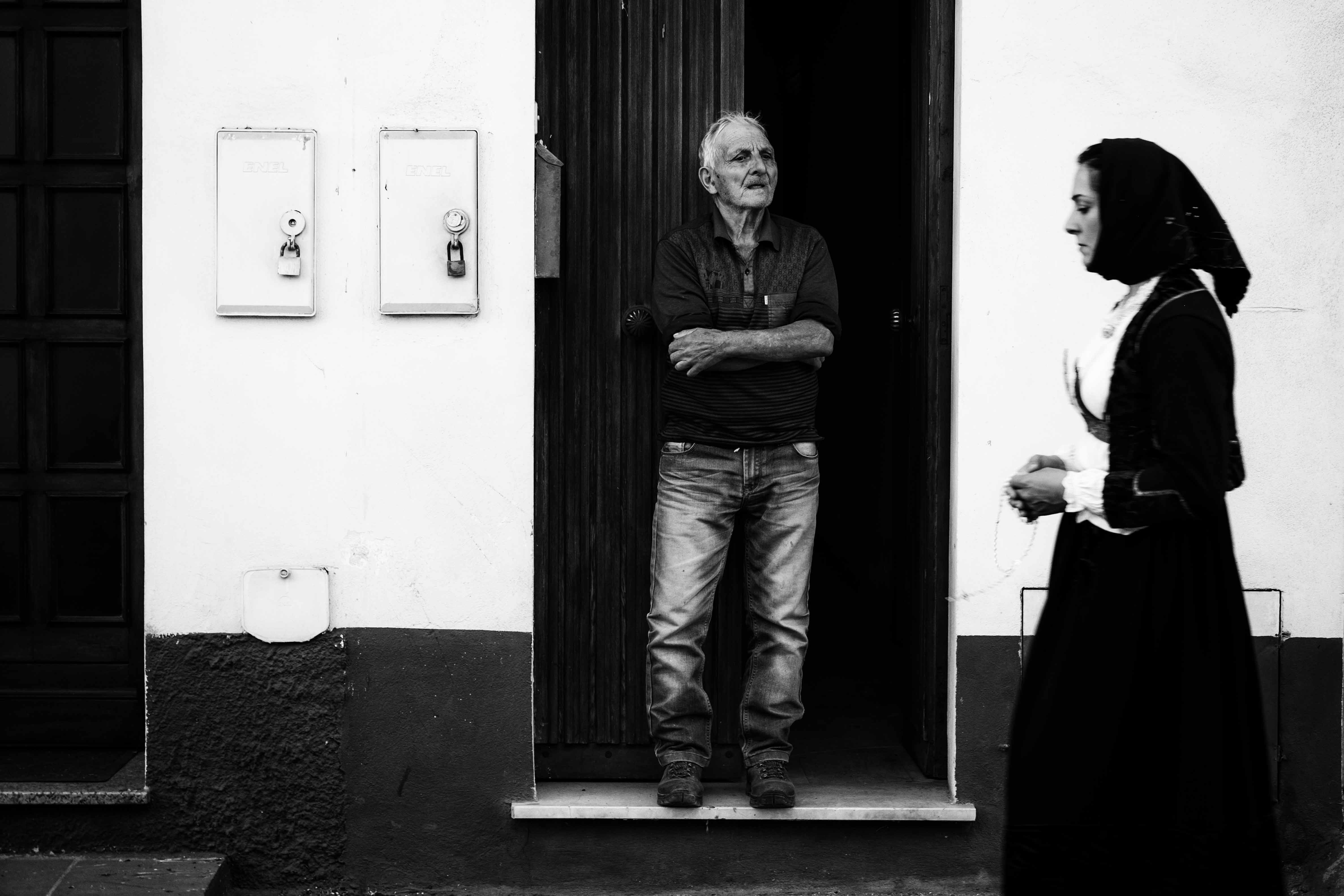 I cannot live without photography, as I think it’s the best way, I know to talk about myself and to talk about all that is around me. It all started by chance about 8 years ago when I tried to capture for fun some landscapes near my house with a small bridge camera. The passion has since then grown exponentially, so I tried to deepen my knowledge of the medium and I bought an SRL camera, dedicating myself completely to landscape photography. Later I started to get interested in reportage photography, as Sardinia is full of events concerning tradition and folklore (from Carnival Season to the rites of Holy Week), until that became almost preponderant. Moreover, from this comes also the preference for the use of black & white in most of my shots, while not completely disregarding the use of colour. From that also come my need to insert the human element, which has led me to set landscape photography aside over time, and to have as natural evolution street photography, which I have been following with consistency from about two years. For this reason, I try to always give a street style to my shots, when I find myself shooting at events where, from time to time, I can be present. I want to clarify that my training in photography is completely self-taught. I am a great devourer of “images” because I think it is very important to know the work and the ways of taking pictures of other photographers (which do not necessarily have to be famous). 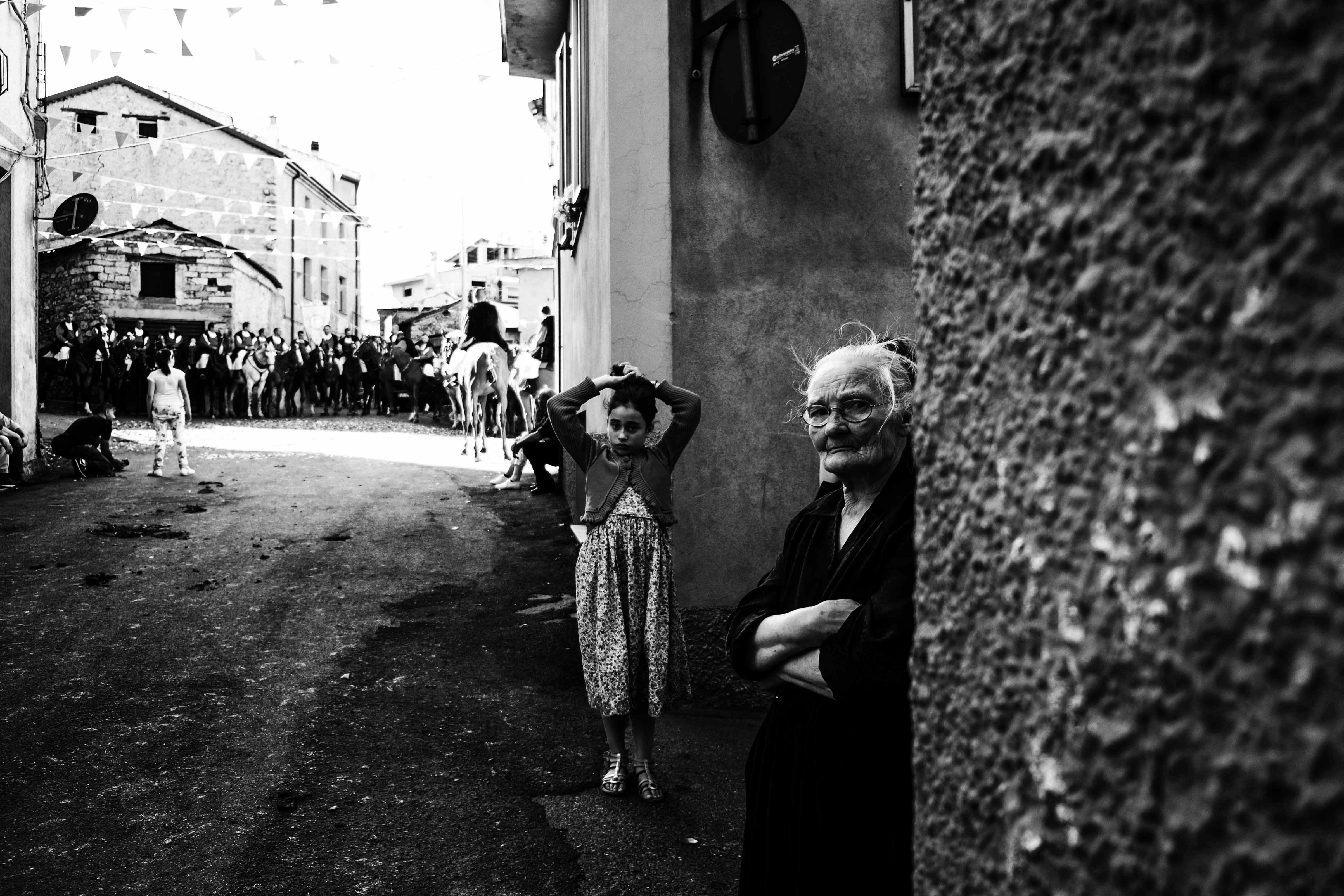 I appreciate several photographers and from each of them I try to “steal” something. For example, I love the black and white of Moriyama and its almost dark atmospheres, the composition of Webb, and the use of light by Gus Powell. I could mention a lot more but the list would be long.  I recently discovered Chris Killip through his work “Here comes everybody”, which struck me for the way he tells of the devotion of the inhabitants of some villages in western Ireland, doing it in a very romantic way in my opinion. I set out to deepen my knowledge of this photographer. But if I have to mention a particular work that has deeply impressed me, even if it does not fall into the “street photography” genre, that is “Isola della Salvezza” by Francesco Comello. Those photos catapult you into that little world with an impressive force. It is a work that exudes joy but it is also heart-breaking at the same time 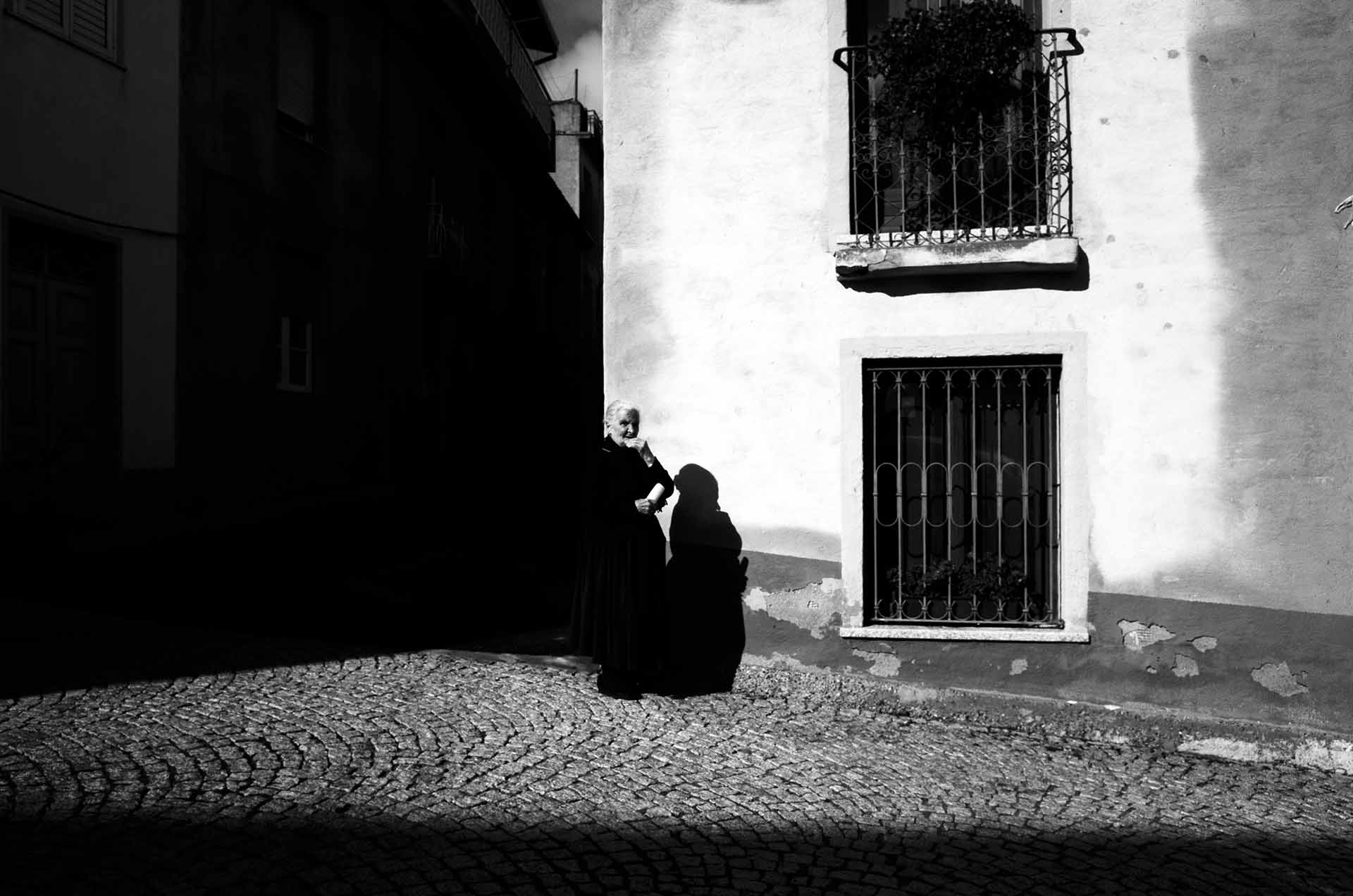 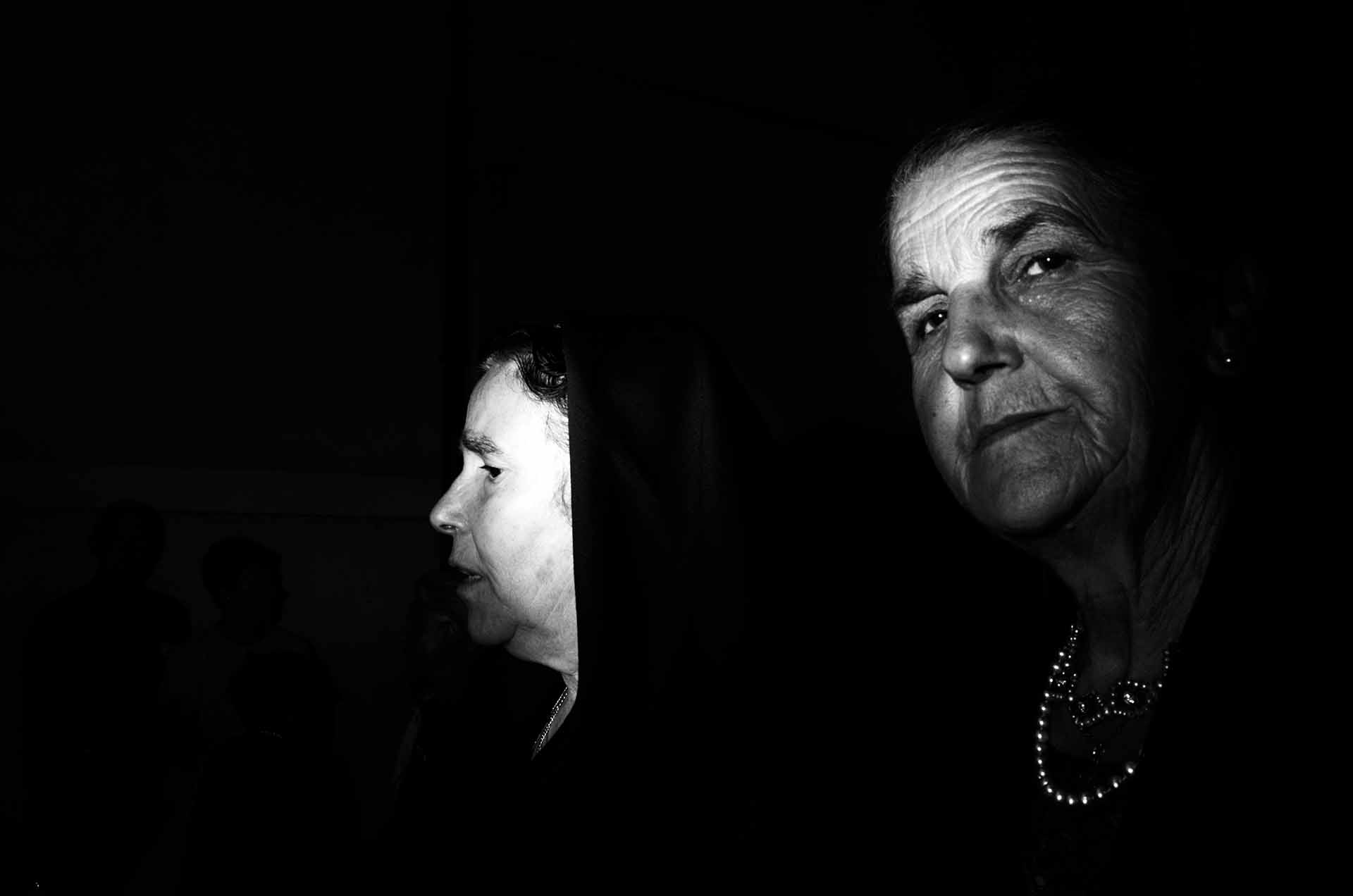 Obviously yes, as I believe that the growth of every photographer passes through knowledge. As I said before I’m a big fan of images, I look for them in books and I search them on the web too. For example, on YouTube I’m constantly looking for videos about Street Photography from which to draw inspiration and secrets. I think I’ve watched at least 10 times the documentary “Everybody street” (also because the English version is the only one available and since my English is not exactly perfect, to be able to understand all the interviews to be found in it, I had to watch it more than once and with calm). 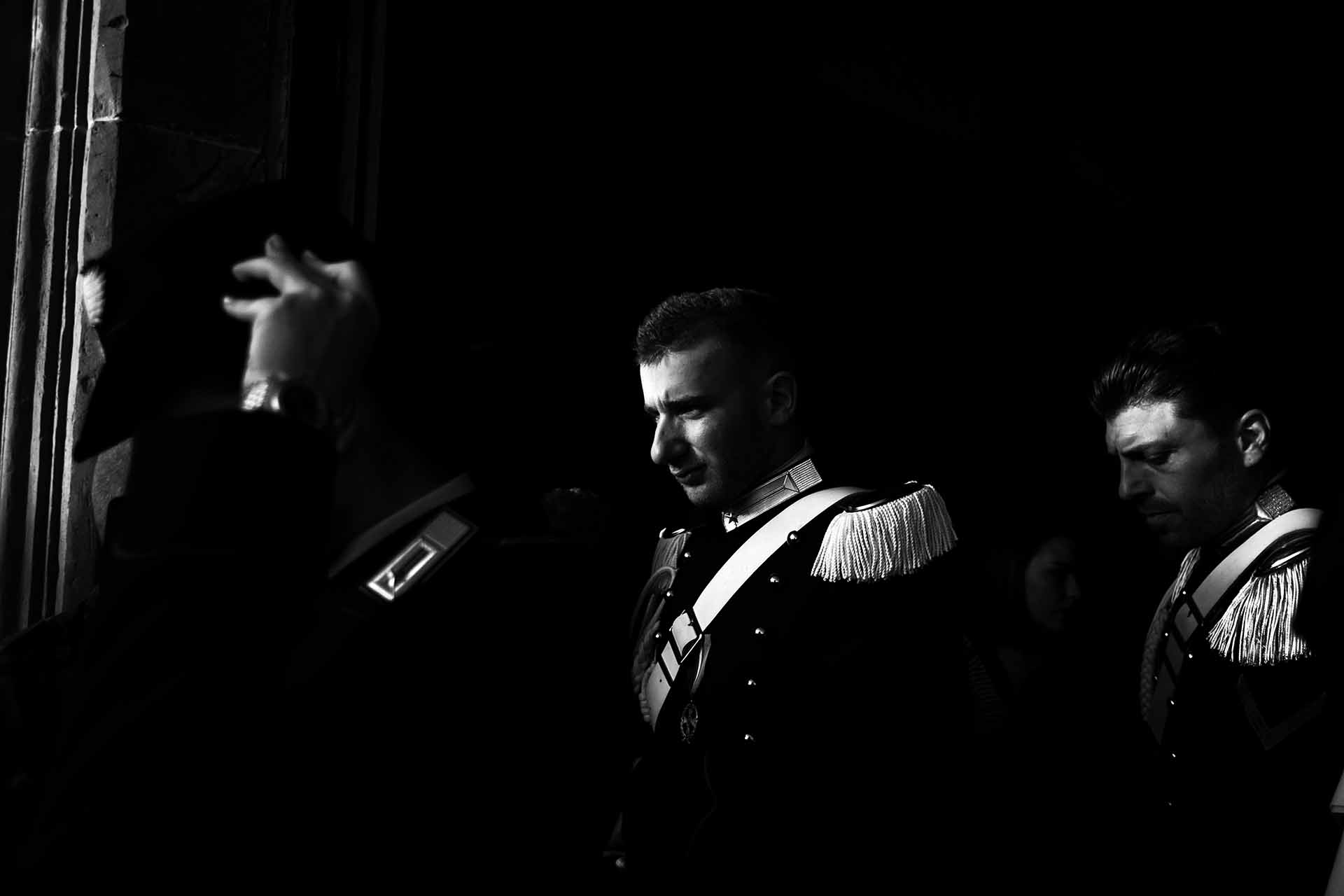 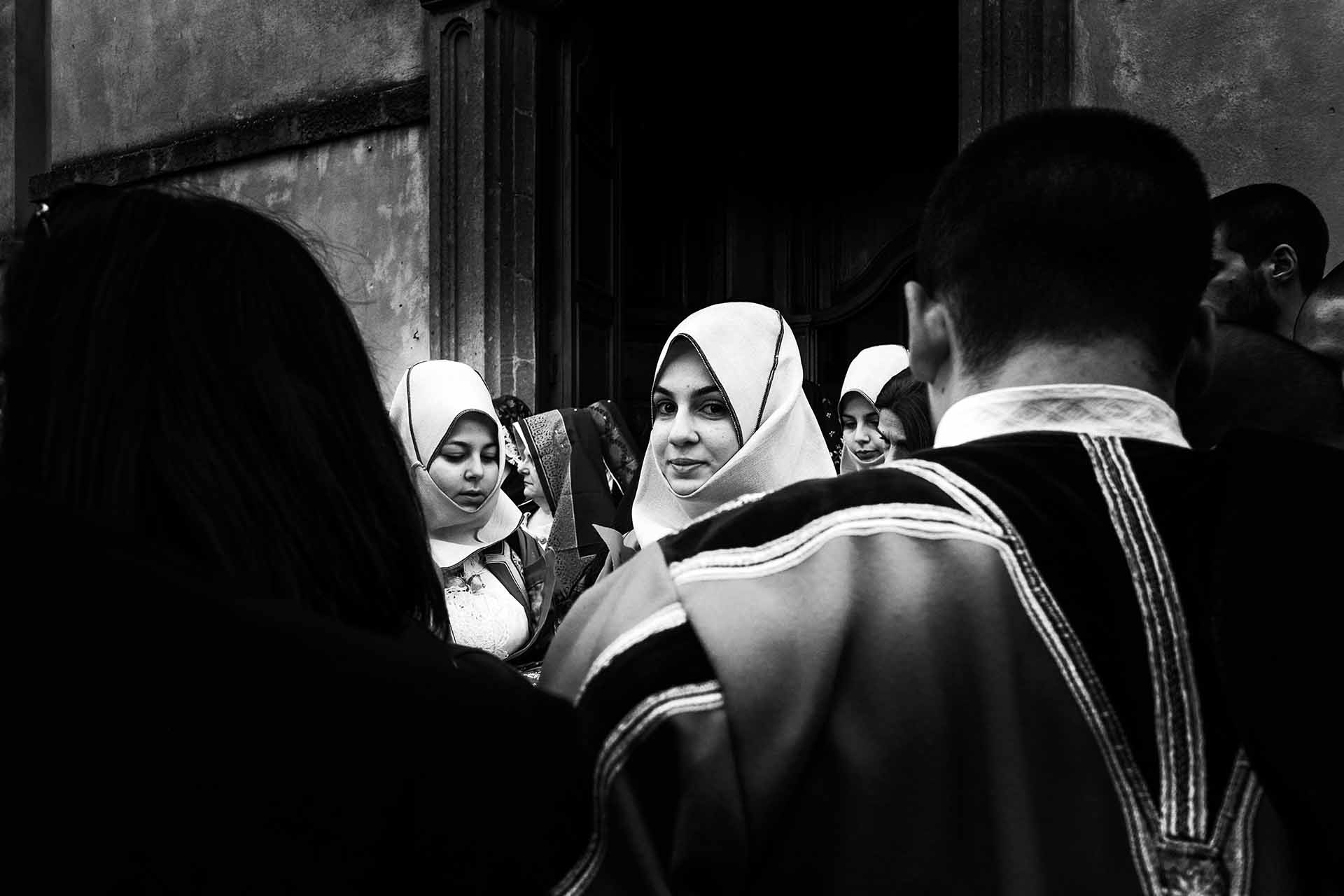 Taking a shot in the street can sometimes be difficult, dealing with people’s reaction is not always easy. What is your approach with the camera when you find yourself photographing strangers on the street?

Taking pictures on the street I think it’s almost like entering people’s emotional sphere. I shoot with fixed focal (18 and 27mm) lens, which, several times, pushes me to get as close as possible to the subjects that I want to capture, and, precisely for this reason, I try to be as discreet as possible (I use small cameras like the mirrorless from Fuji and a Ricoh GrII) though that it is not always feasible, so we must also resort to “tricks” like shooting, for example, without bringing the camera to the eye (it is certainly not an easy technique and one needs a lot of knowledge of the medium between hands and plenty of training), or, when possible, I also try to talk to people. 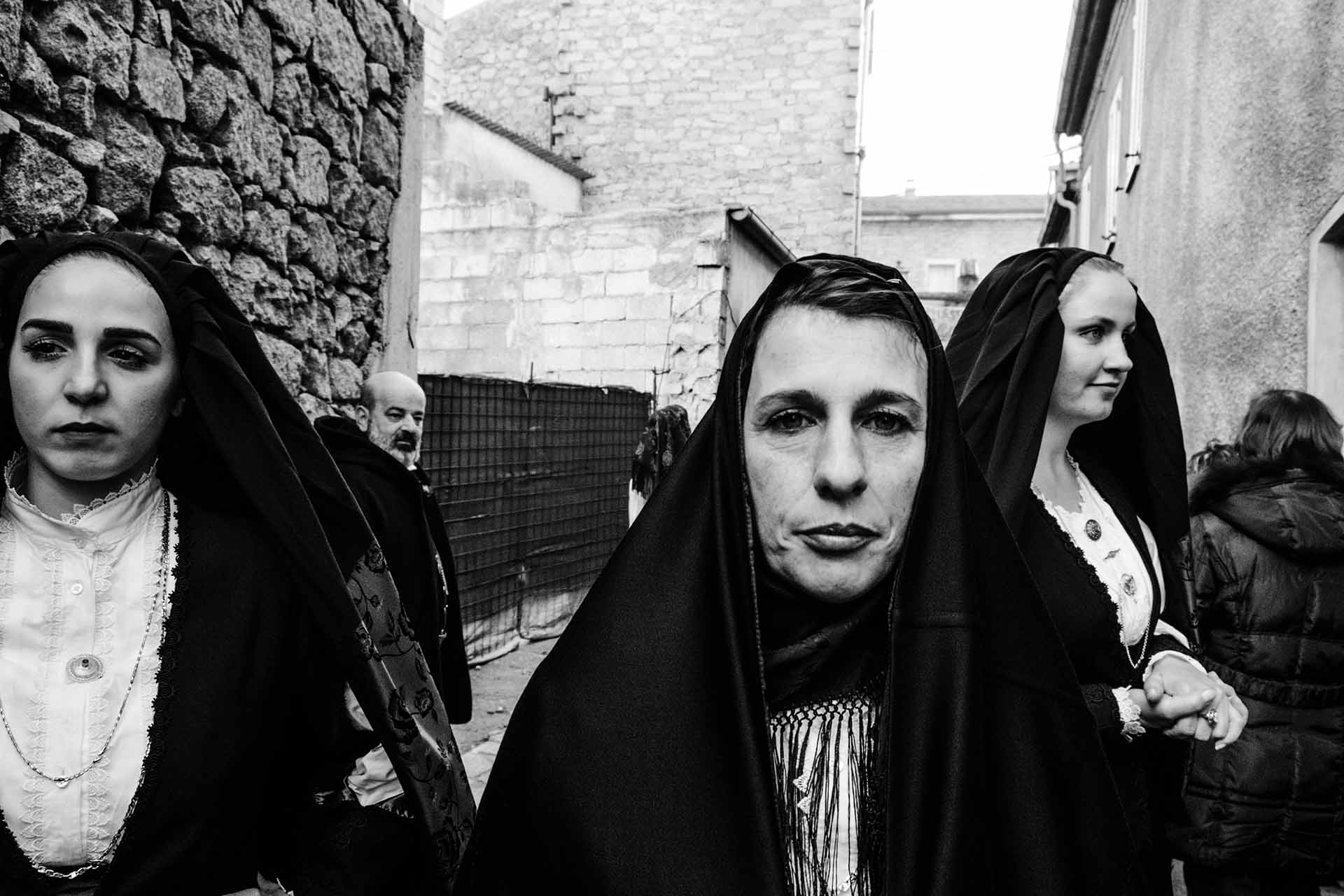 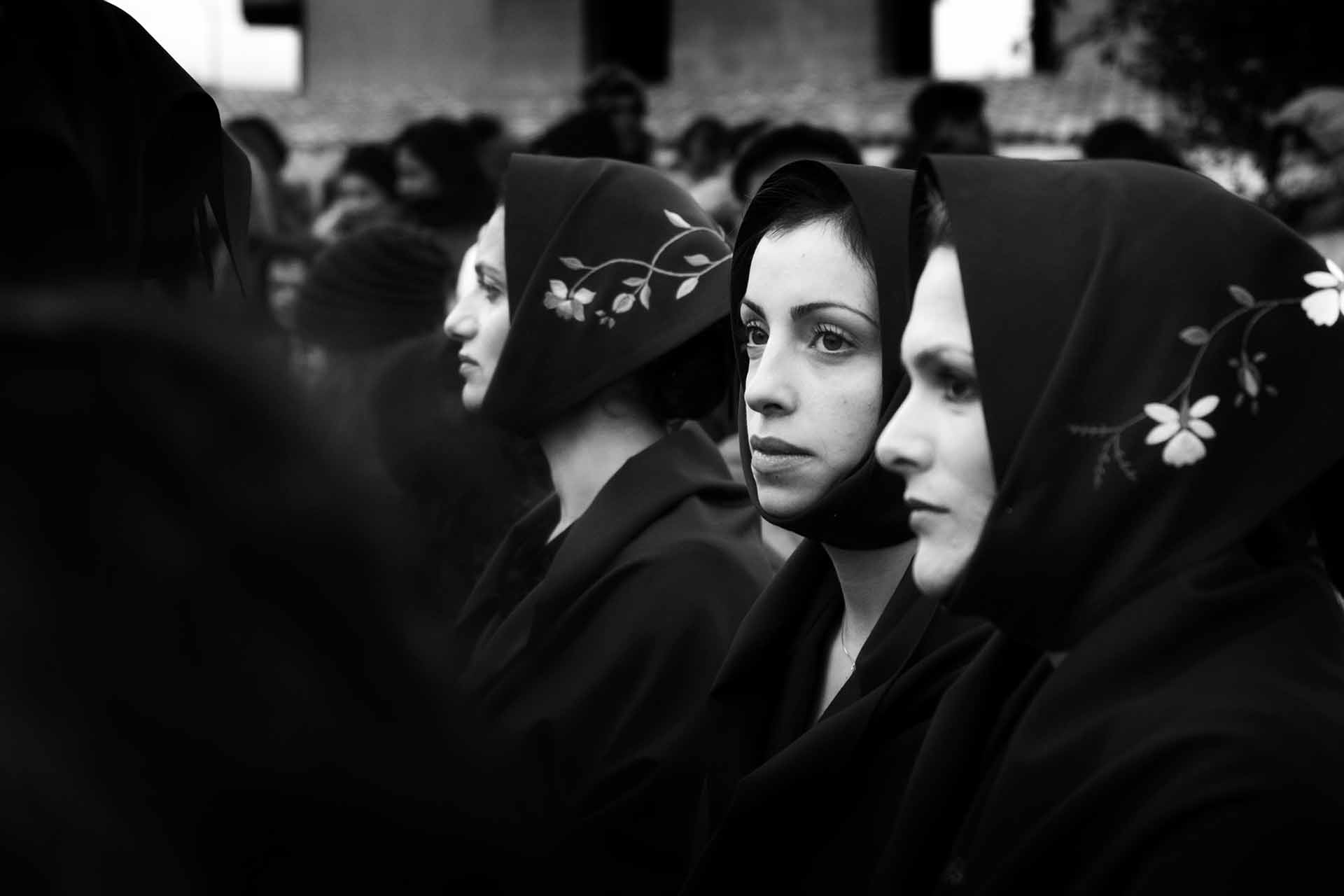 In recent years, Street Photography has boomed, what do you think it’s due to? And what evolution has there been?

I could not tell you with precision, I can tell you that I think it happened because many people think that street photography is an “easy” genre and therefore many amateur photographers throw themselves into this genre. But in reality, there is nothing simple about it, quite the opposite. But this is only my hypothesis. As for the evolution of the genre, I can say that I personally have vision more akin to a classic approach, perhaps a more romantic one, and that, for this reason, I am unsure if “Street photography” is evolving in a positive or negative way, in the sense that much of the “modern” Street sometimes looks like a stylistic exercise more than the search for content. Obviously, this does not mean that there are not some things that I appreciate, on the contrary. 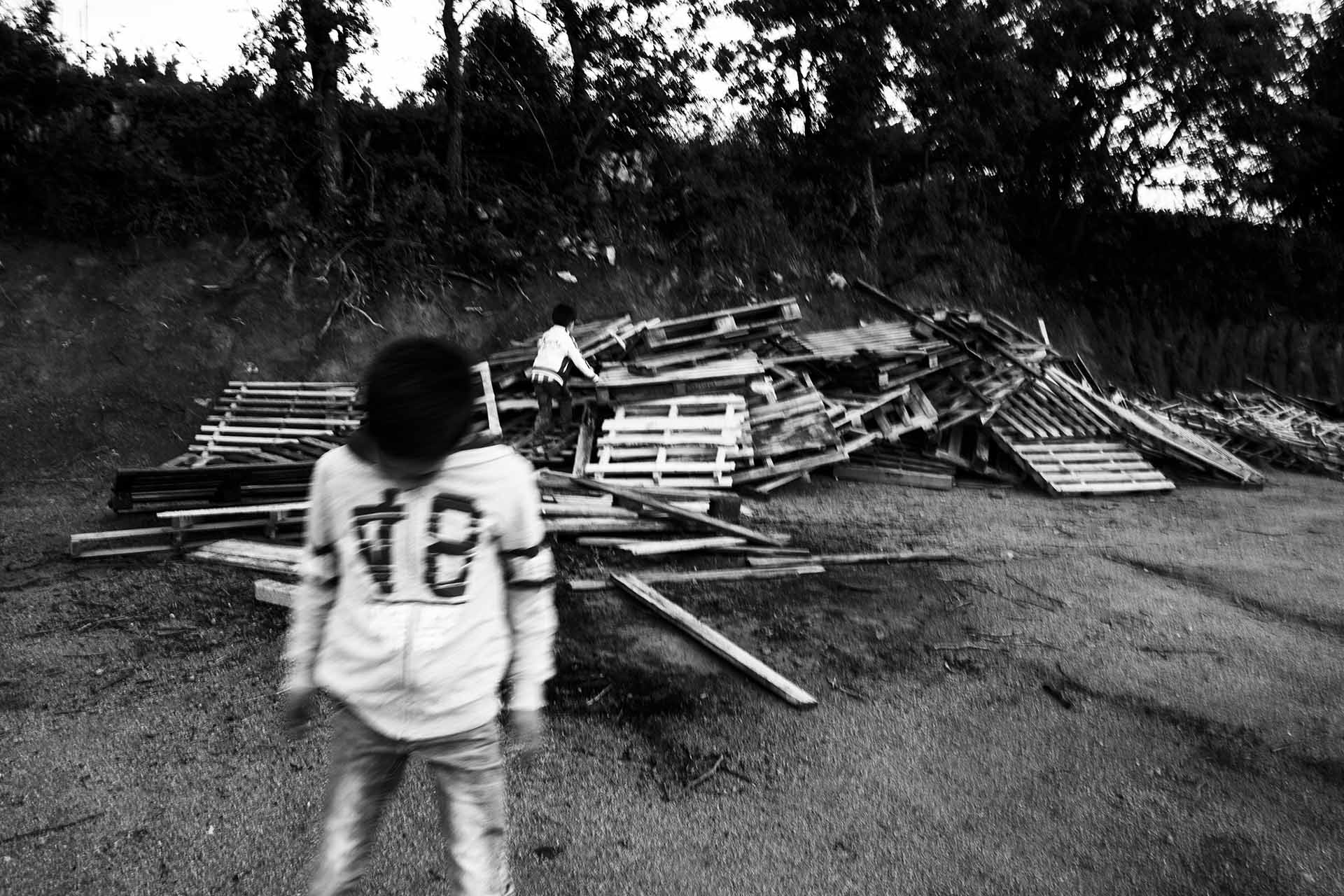 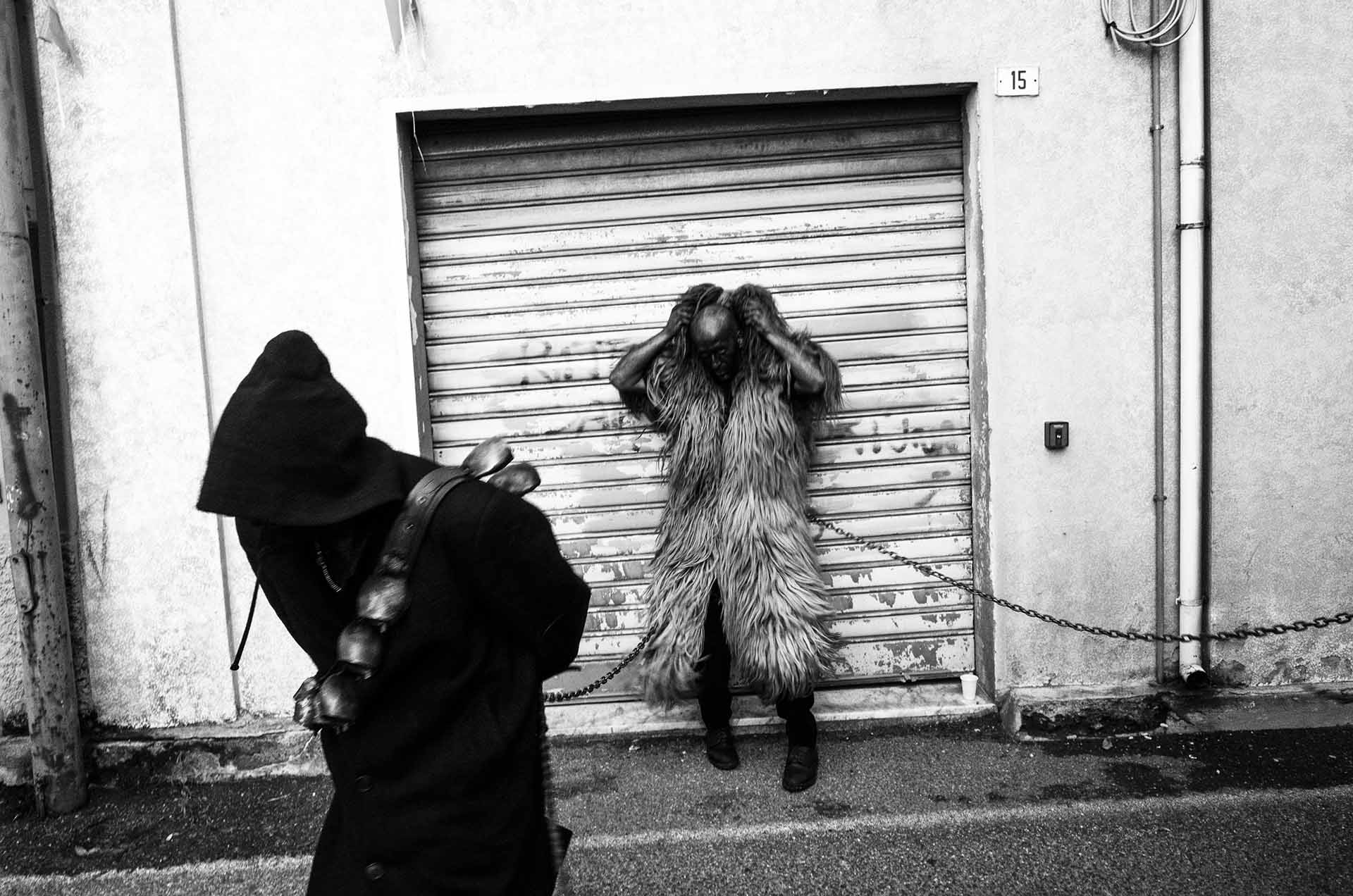 Which subjects, both people and places, inspire you most and make you to look for the shot, or that you think better represent your city and your land?

As I said before I’m tied to a more romantic type of photography, and shooting mainly in Sardinia, a land full of events linked to tradition, I often find myself shooting at village festivals, religious events, or, when possible, country festivals. In general, however, the scene of my shots are small villages. In my shots so it is easy to find elderly people (especially women) that in Sardinia, especially in the villages of the interior, still dress with the clothes of the past, or people in traditional clothes when tied to folk events. For this last reason it could also be objected that mine is more a photography related to reportage, to documentary photography, but the division of this genre from street photography is, in my opinion, quite subtle. In the end, street photography documents daily life, documenting the ways of doing and living in a certain place, and considering that in my land these events follow one another in an almost regular manner, they eventually become inextricably linked to everyday life. 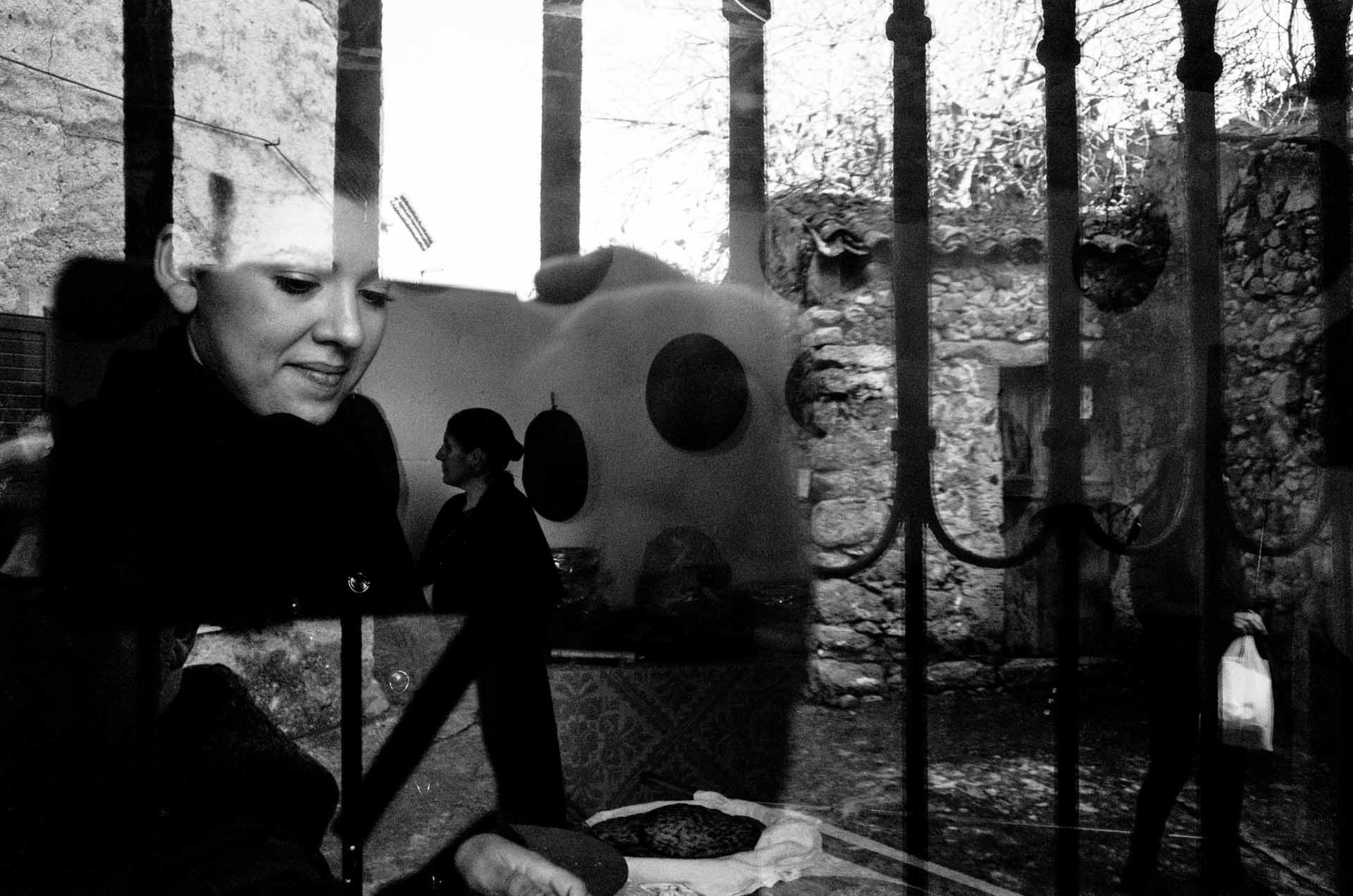 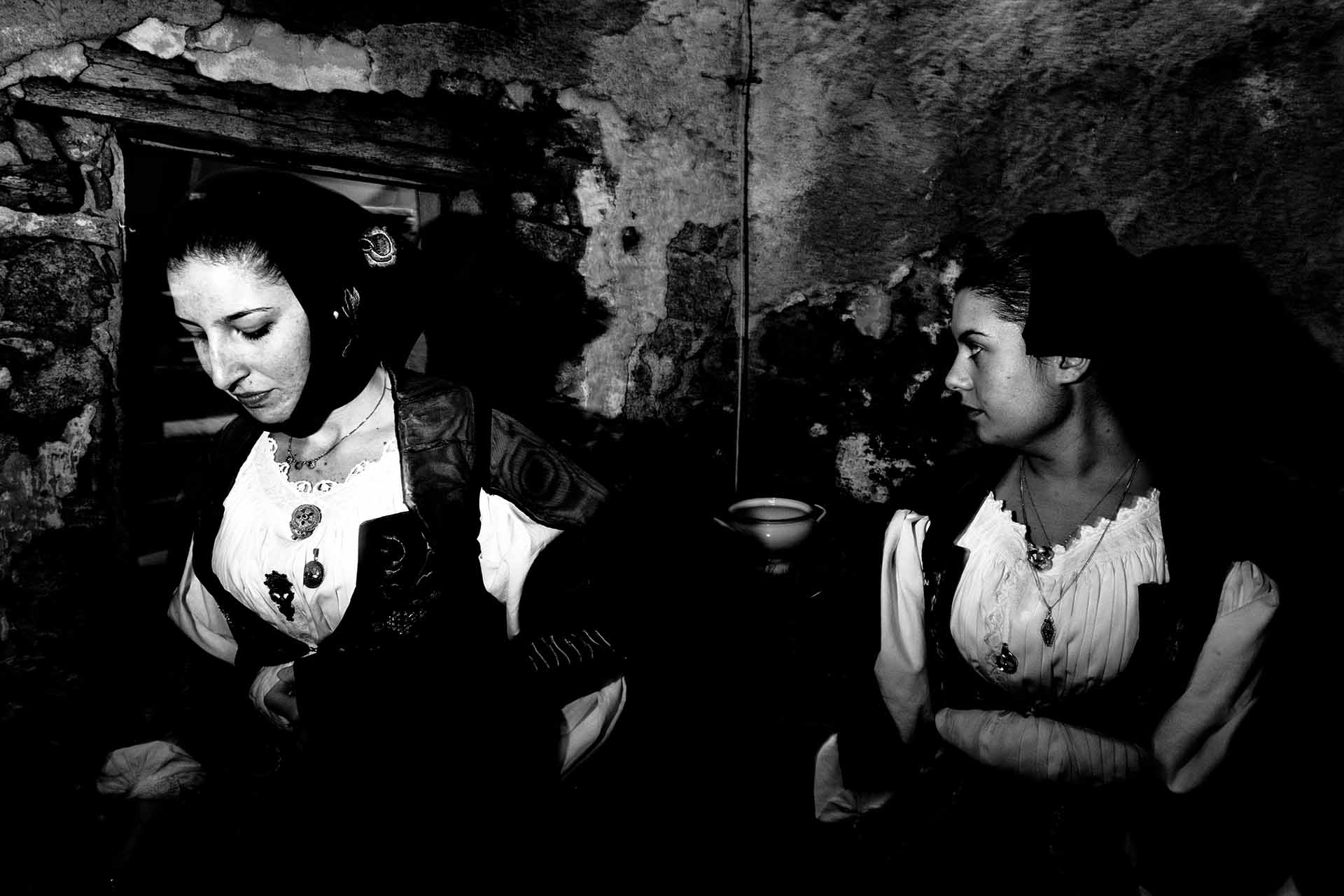 What, then, makes a street photo effective? Can you quickly recognize the details that can make a good photo out of a simple shot?

The composition is important and an essential element, but in general the shot is effective if it arouses emotions. When I look at a possible shot, I do not immediately go after the details but I have to be interested to the whole image first. A single detail is not always enough to elevate the shot to a higher level. I also add that I’m not a fanatic of the technique, or of the clean shot, indeed I could say that is the last thing I look for. Paradoxically, it is easier for me get “thrilled” by a “dirty” shot, where, however, the smell of the road reveals itself more strongly. 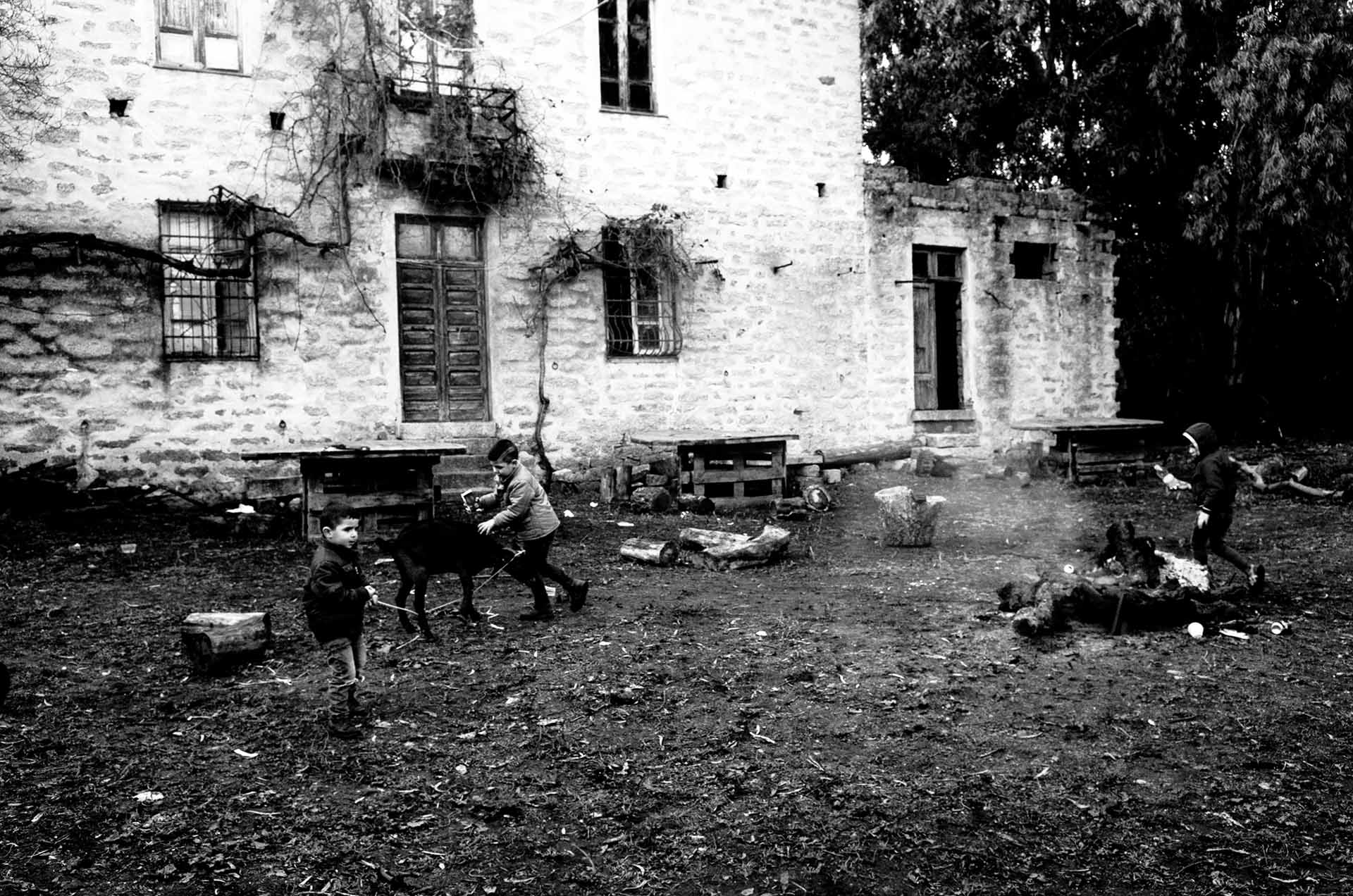 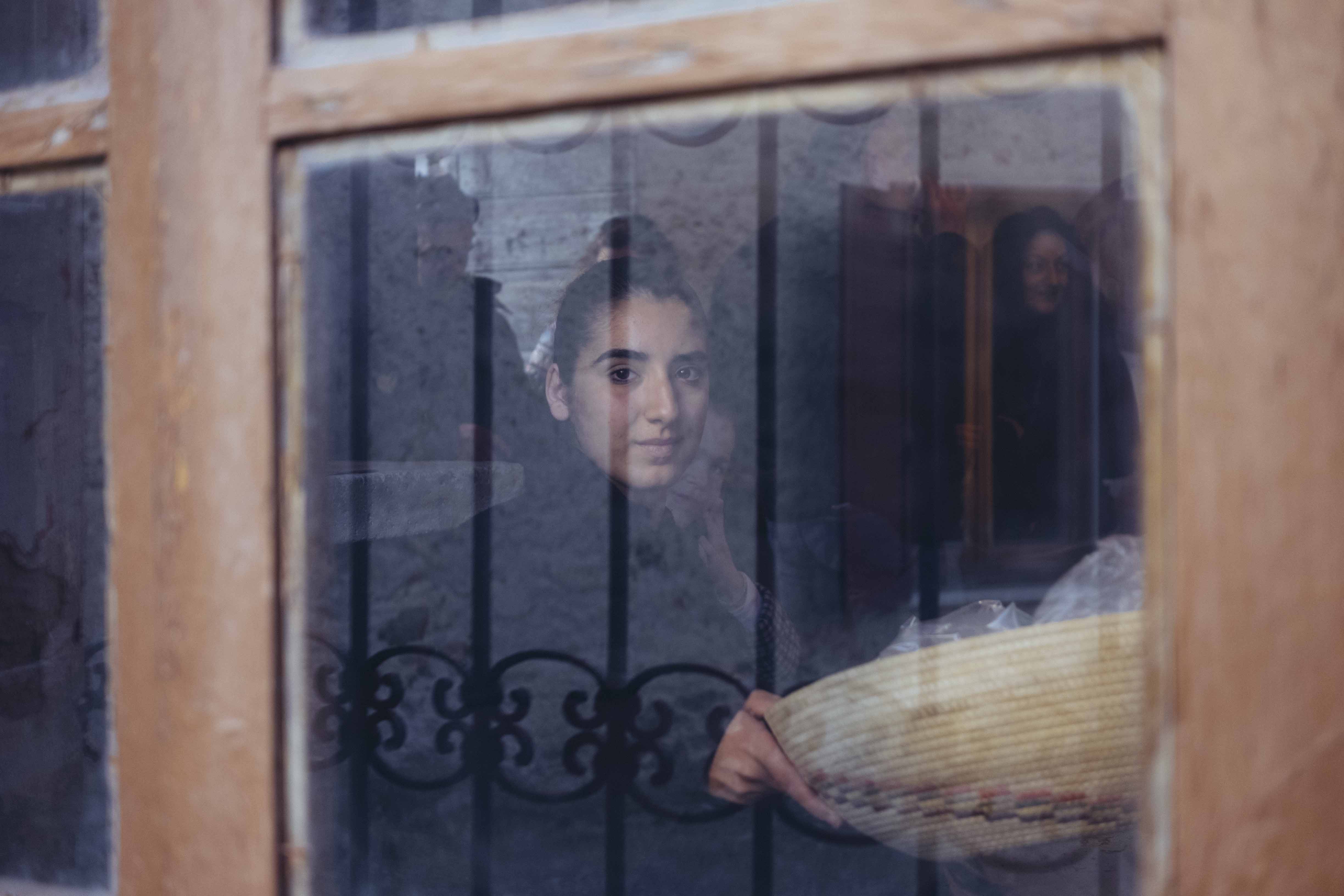 Has street photography, as a genre, developed in you the ability to photograph in any light condition and to interpret everyday life situations with an appealing vision?

Well considering that in “Street photography” nothing is staged or prepared, it is natural to get used to and be obligatorily ready to shoot and to exploit any situation of light, both during the day and at night. Probably I was helped a lot of my past as a landscape artist, which helped me to learn more about the functionality of the photographic medium. Obviously, I always try to pull out a shot that is captivating and that attracts the gaze of the “spectator”, a shot that can fully describe that single moment. Surely it is not always easy, and perhaps the search for a shot that can arouse interest leads me to be more critical of my images and consequently teaches me to better select the shots to be proposed or discarded. 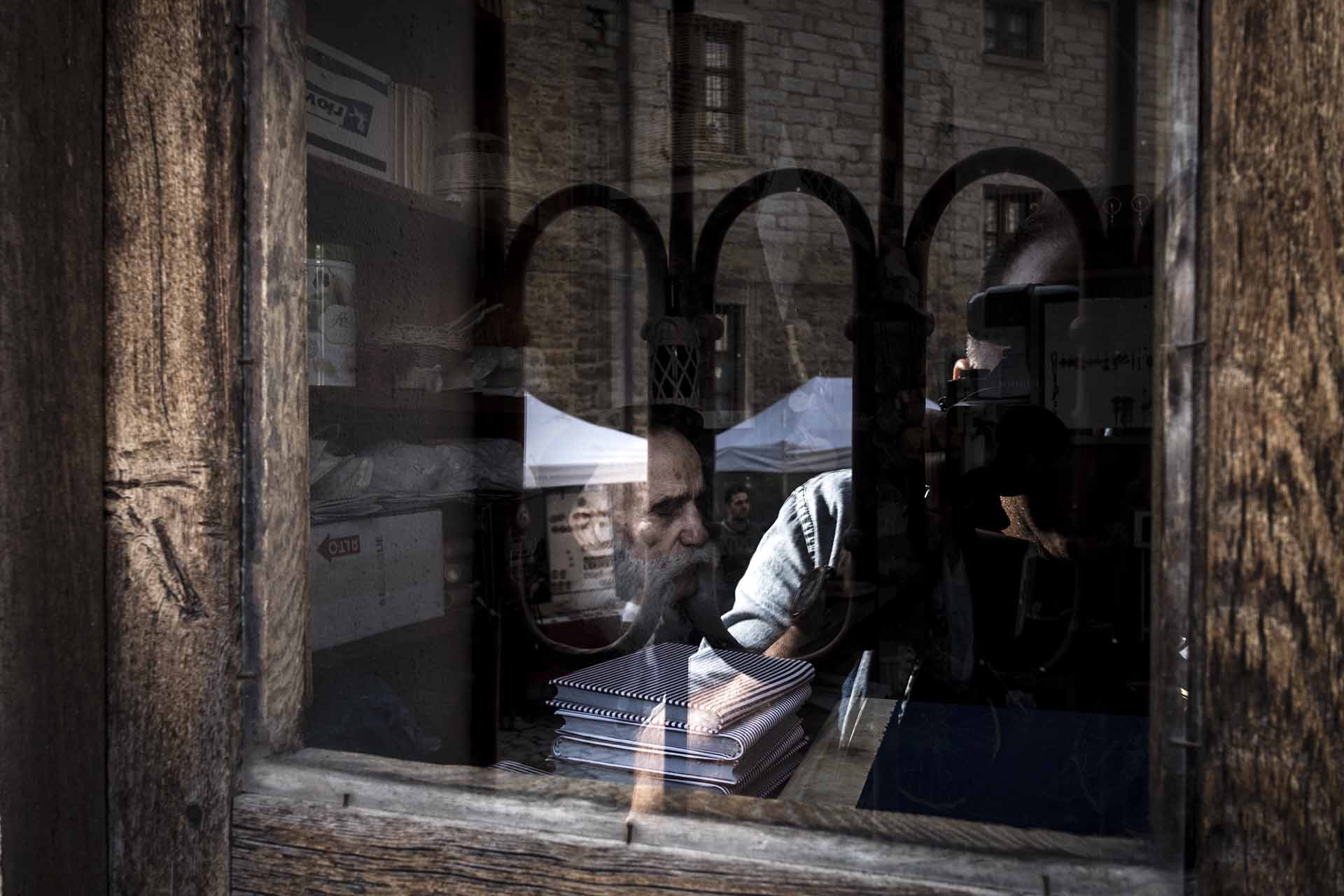 In a street picture, do you think the contrasts of light are important to tell a story or are just an aesthetic fact?

Good question!! Thinking about a certain type of photos that you see nowadays I would be tempted to answer you that it’s just an aesthetic fact, but in the end, I do not think it’s always like that. Many times, they become fundamental for the success of a shot, or at least to be able to give that extra quid to a shot, that in any case must have something to say already to start with. 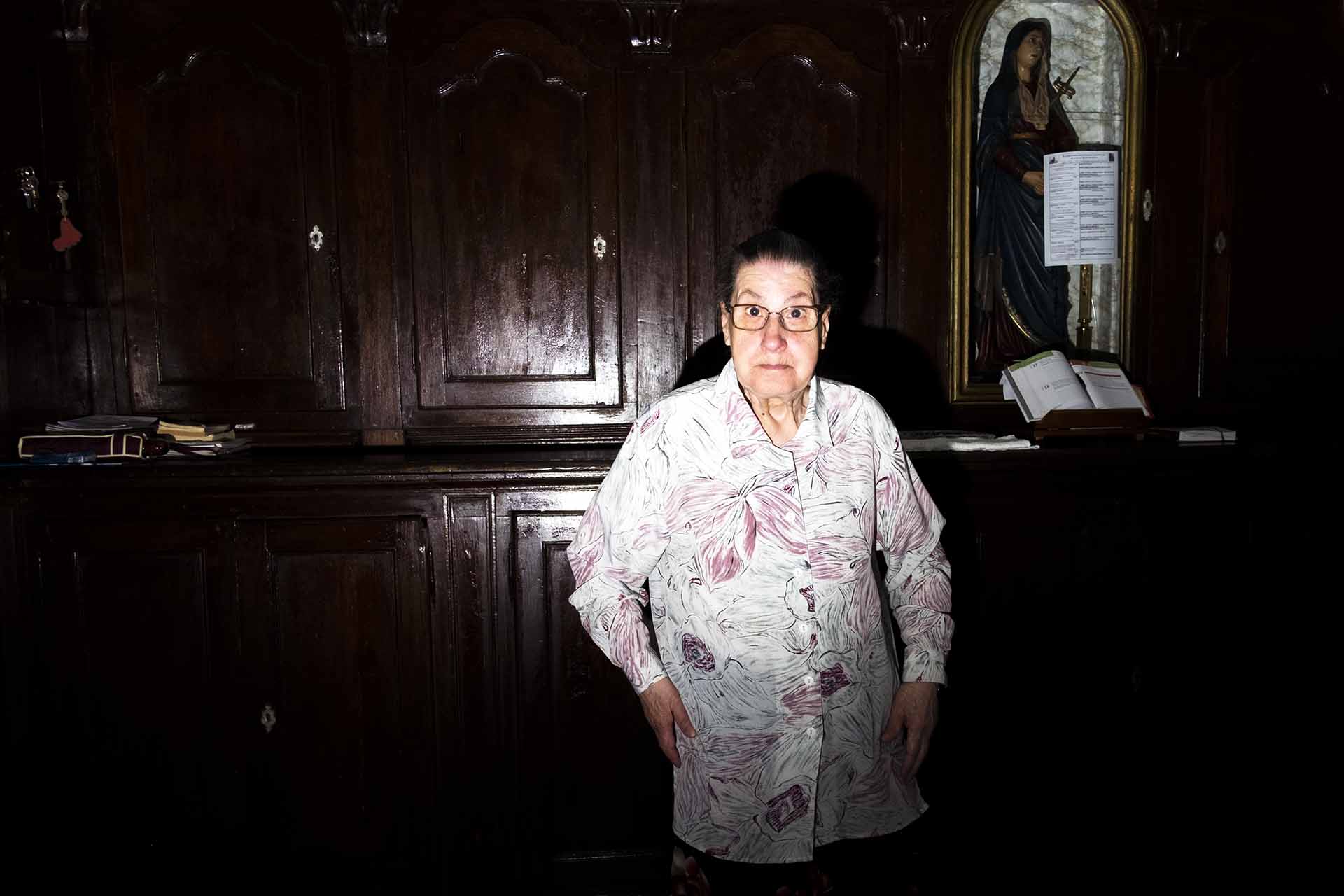 Which are the limits of ethics in a street picture, or is it possible to shoot everything?

You can shoot everything but it depends on the way you do it. I’ll explain. Unfortunately, with the advent of social networks, it happens to witness the unbridled pursuit of “likes” with shots that aim to be sensationalistic, while exploiting the discomfort of others and I do not like that at all. In general, I believe that a limit exists. We cannot go to the streets and shoot everything that is revealed in our eyes, without taking into account the dignity of the person in front of us. It is true that photography aims to tell, to document, but it must be done with intelligence and without creating discomfort to the people subject of the photos. If you really cannot help but take the shoot, you must at least resort to the subterfuge to shoot so that the person is not recognizable … so it would still be acceptable.