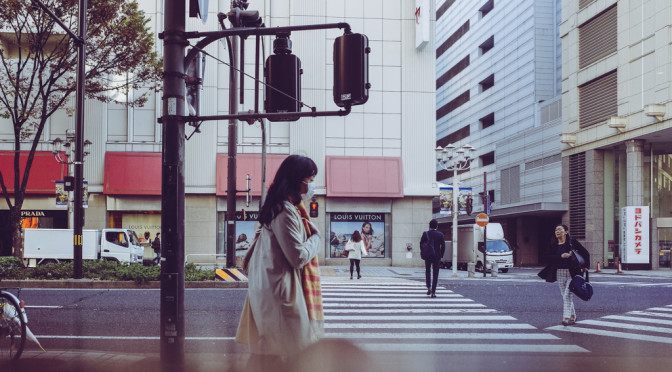 Was born in Naples in 1972. In 1997 he moved to Japan, where he married. In Nagoya he opened an Italian Language and Culture Center that he managed until 2006, when he moved back to Italy, specifically in Bologna, where he worked as a Licensing Manager in the fashion industry. He began to take photographs in 2013. In January 2016 he was selected for the group show Impermanenze curated by Silvia Bigi at the Lilith gallery, Ravenna.

In the same year his work “RA8 – under the sea level” is part of a second collective exhibition at Semplicemente Fotografare Live of Novafeltria. In 2016 he returns to live in Japan with his wife – called to take care of the family business – and the three daughters. He attended courses and workshops, including the annual course of Prof. Yamada Ko at the PACCell Studio in Nagoya.

In 2017 he is the winner of the Anatomie #2 contest of Percorsi Fotosensibili with the project Déjà vu.

In 2018 he published his first book, “Itsu mo arigatou”

The project “Itsu mo arigatou” was selected by Fotografia Europea Circuito OFF among the online exhibitions.

It is also selected at Sifest Off 2018 as finalist and exhibitor and Also finalist at the Premio Voglino 2018. 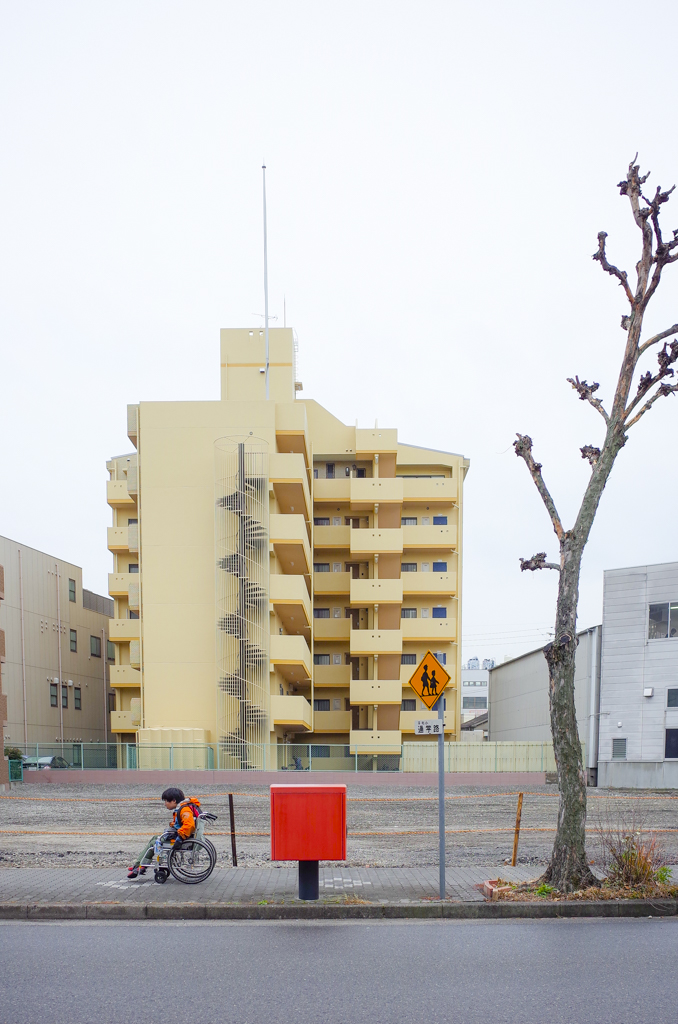 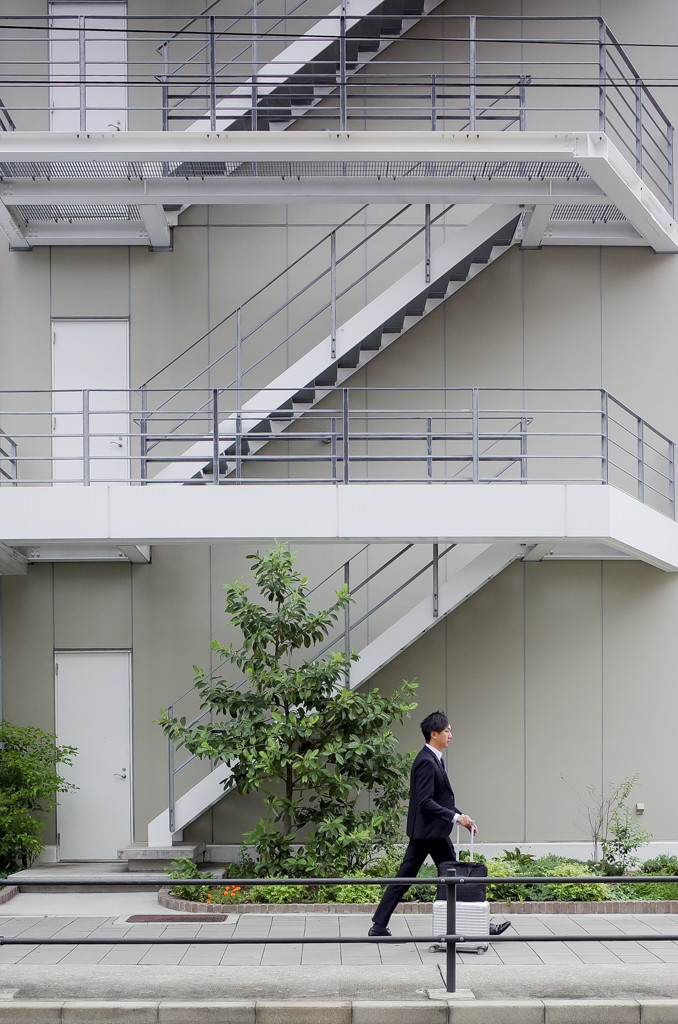 Currently, photography is a very important passion for me, which has also become a job in some periods of the year. I started photographing very late, it was 2014 and I was already 42 years old. But I immediately understood that it was something that satisfied me and made me feel good. I loved her from the first shots. Today I live it as something that always gives me emotions and I’m no longer hungry for beautiful photos but rather stories to tell. 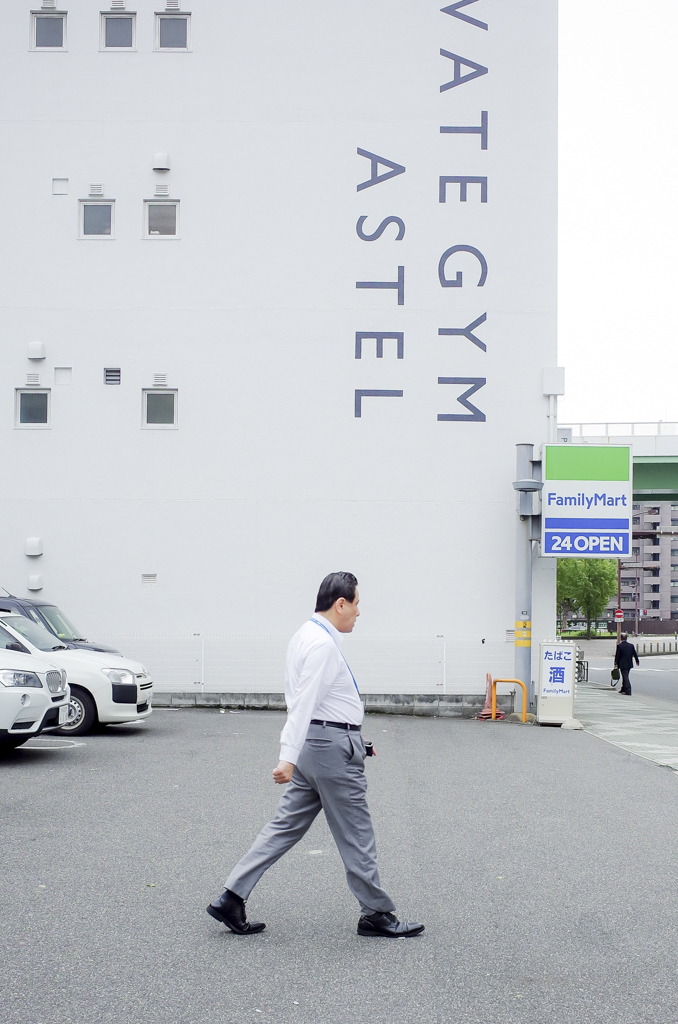 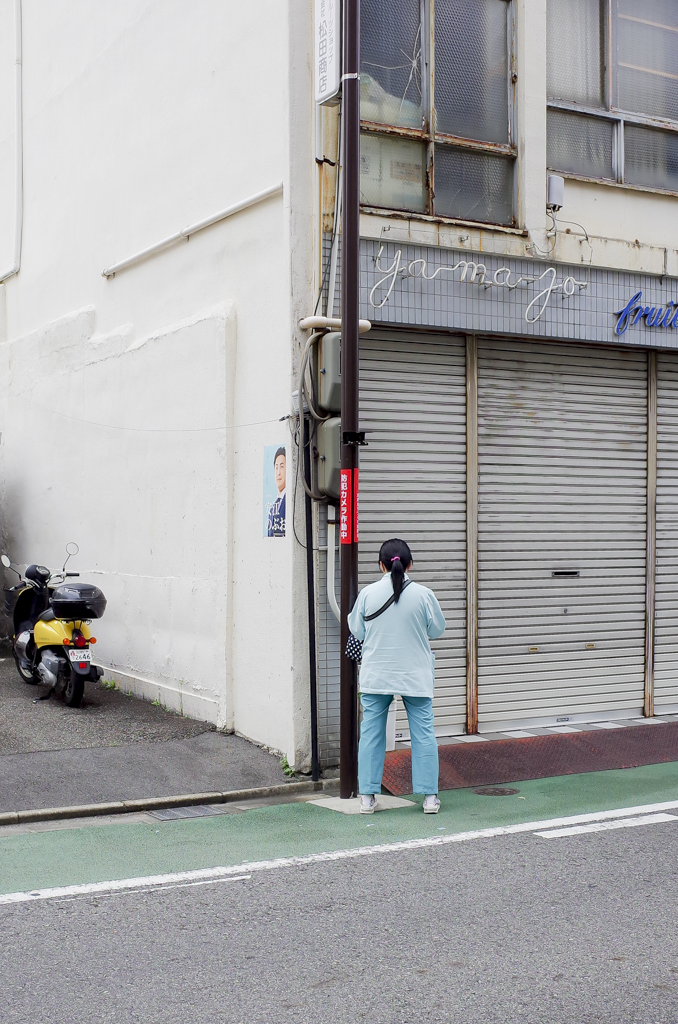 I must say that I have not read enough books to say that I am inspired by someone in particular. Stephen Shore is one of my favorite photographers ever, Garry Winogrand and Daido Moriyama soon after for the lightness of the modus operandi, no frills and straight to the point. Among the Italians I love Franco Fontana, Luca Campigotto, Silvia Camporesi, Elisa Tomaselli. There are many photographers that I admire but I do not think I have been inspired by someone in particular. Each of them fascinates me differently. 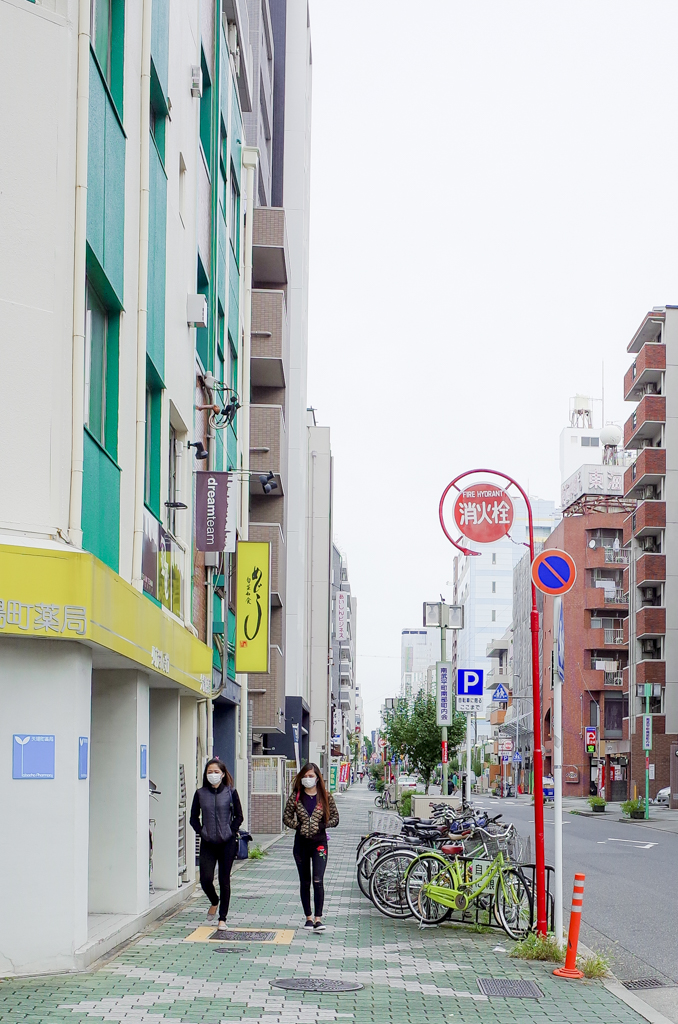 As I said, I do not read a lot of books but I am always constantly in class in a certain sense, I follow lessons regarding the conceptual part of the photographic project. I attended Ko Yamada school for a year and I worked with Silvia Bigi, with whom I still collaborate on some projects. I do not particularly like books or workshops in which we talk about technique. I’m very interested in photographic “language” even outside street photography.

Taking a shot in the street can sometimes be difficult; you have to face the reaction of people or make sure not to be invasive, in the various situations that can arise, it is not always a simple thing. What is your approach in these circumstances?

I use a small camera without a viewfinder that allows me to take pictures without being too invasive. Be that as it may, I love sequences a lot, so I’m often stuck waiting for something to happen, often nothing happens.

In recent years Street Photography has boomed, many photographers have dedicated themselves to this genre. What do you think is the reason why so many people prefer to shoot on the street?

First of all I think it’s because it’s cheap, a basic kit or even the mobile phone today allow you to take good photos on the street at low cost. The social networks have done the rest amplifying the scope of the phenomenon. Said that, I have to admit that the huge amount of images makes everything very ordinary and it is increasingly difficult to emerge in this field. I always think of reportage photography, many years ago was really for few who could travel for so long and in such distant places. Today everyone can travel and reach interesting places so that the reportage has become a mass phenomenon.

I believe the time. I work on long-term projects that go beyond street photography and time is definitely the discriminating factor that most influences certain works. My “street” projects taking a day at most. I tell stories limited in time, things that happen for no apparent reason. Long term street photography is a bit like an exercise in style in my opinion. I prefer to define a street project as a journey, then everything can make sense. 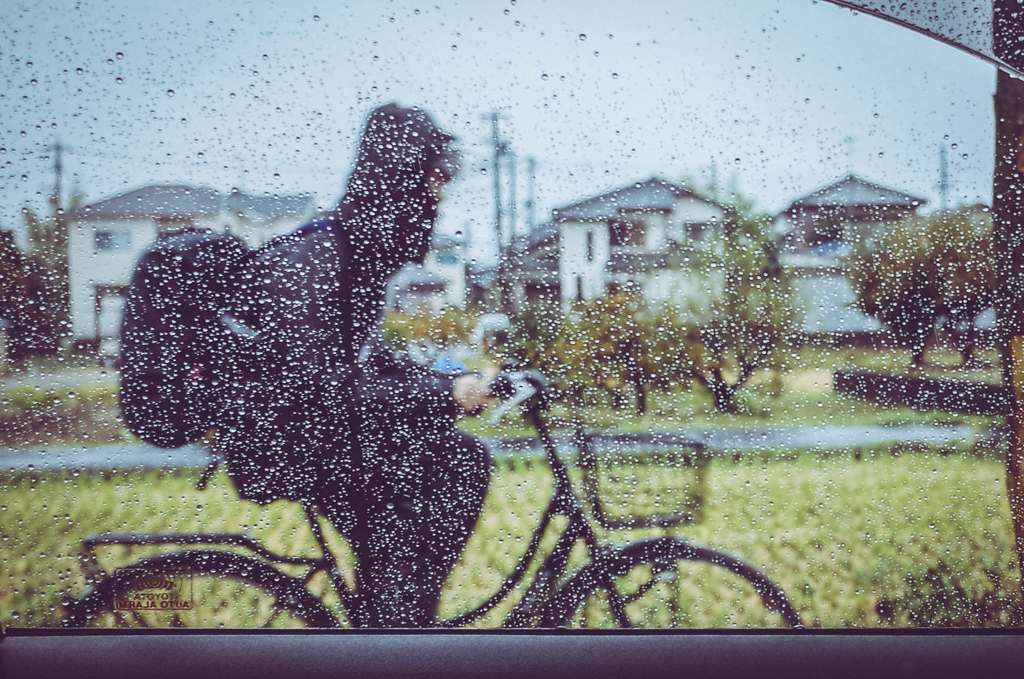 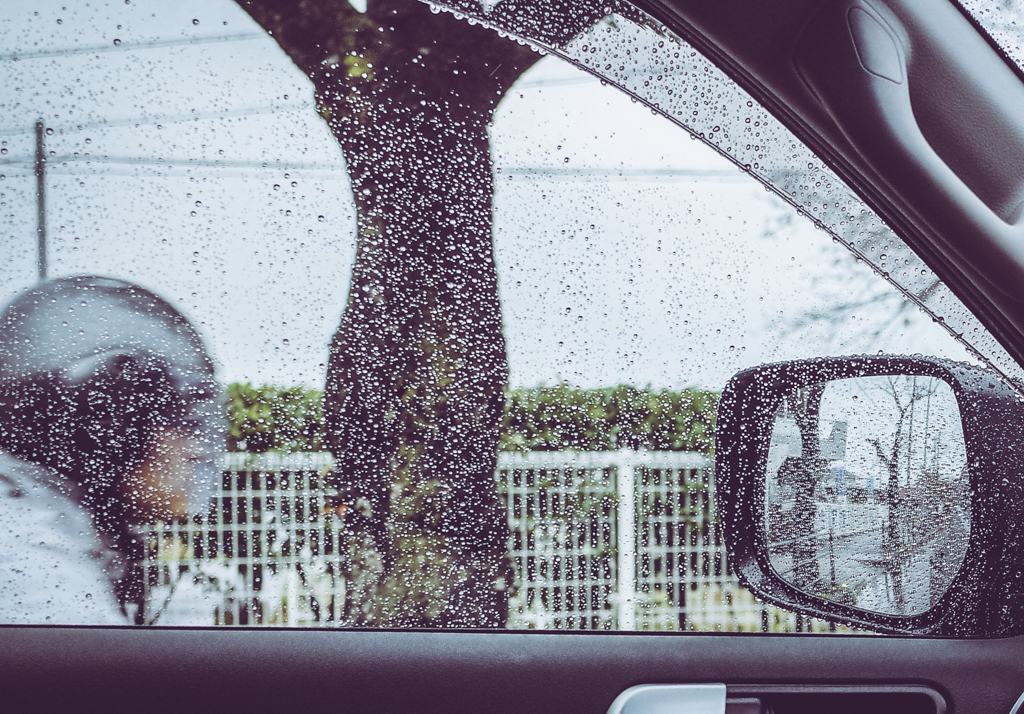 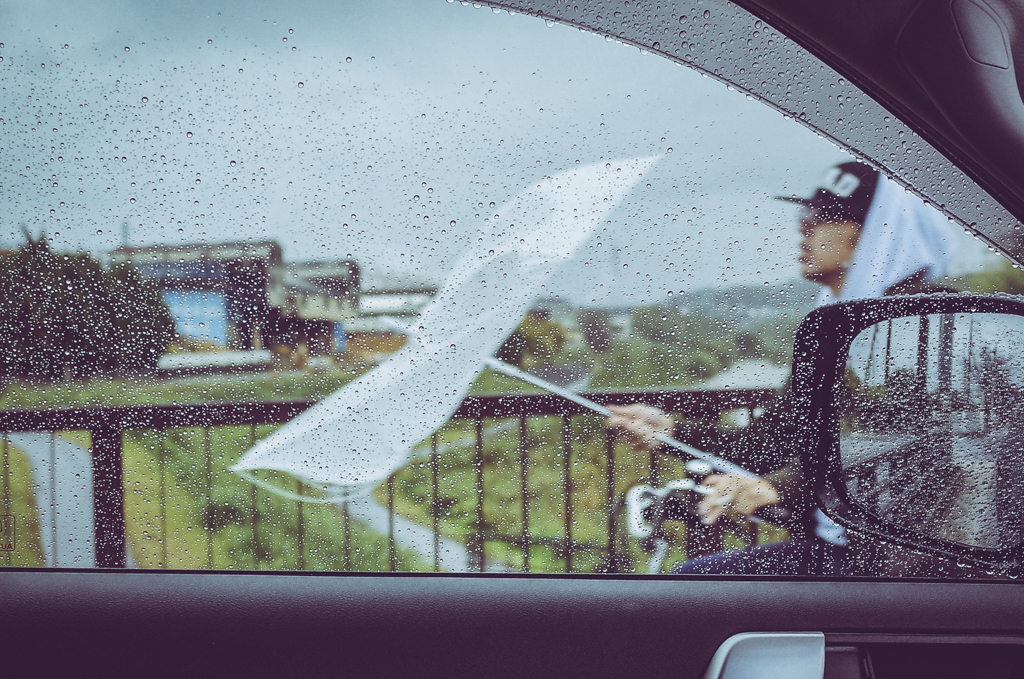 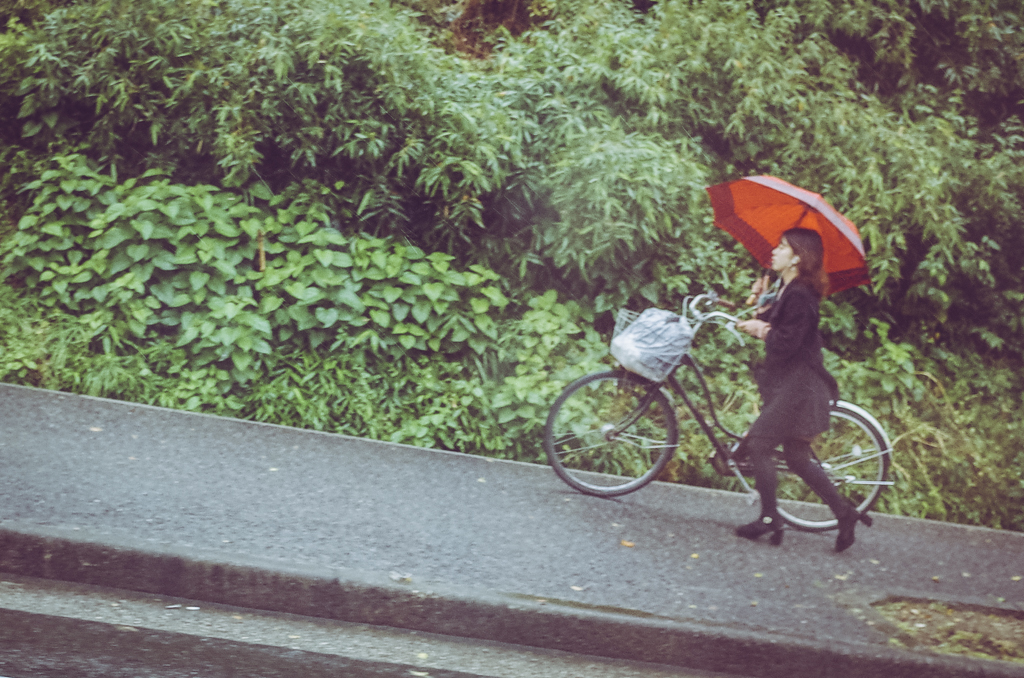 Which subjects inspire you and urge you to look for the shot in the city where you live or in the places you frequent?

The impact photo is not my strength point. For one year I have been developing a project called “banalography” in which I portray everyday life in all its banality. I am very fascinated by the everyday banality without looking for any kind of special effect. I’ve been living in Japan for many years now, Westerners always expect some things from photos from Japan. I propose a real, every day, banal Japan if we want to say. I like winking at Westerners who are perplexed and at the Japanese who sometimes get offended.

Which are the limits of ethics in a street picture, or is it possible to shoot everything?
Bruce Gilden would answer “everything”. I can answer for myself, I have my rules and I do not make exceptions. I try to avoid anything that could damage the dignity of someone, it is something that I still evaluate alone, after seeing the photos.

What, then, makes a street photo effective? Can you quickly recognize the details that can make a good photo out of a simple shot?

An effective street photo is a picture that intrigues the viewer. After all we talk about a moment that the photographer stopped because he saw something, I look for that moment when I look at a photo not mine. Regarding my photographs, often if you take it alone do not have much to say, I never go out to do “the photography”, when I go out, I always have in mind a project or a story, whether it’s moving legs or people passing or pigeons that fly, my work is a set of things, almost never an end in itself. 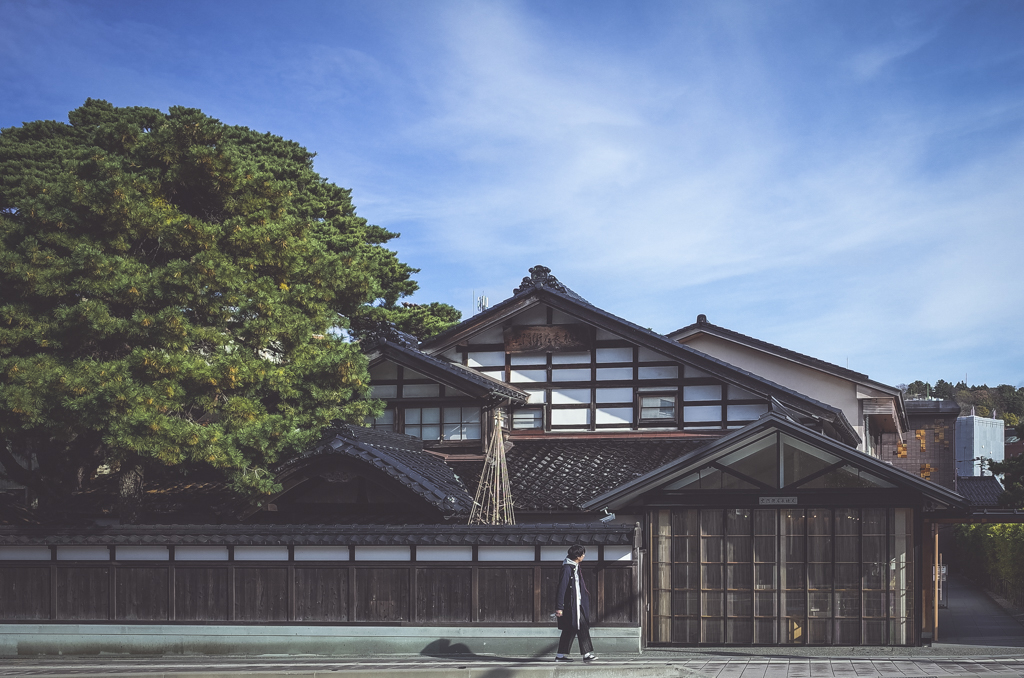 Has Street Photography as a genre developed in you the aptitude to interpret the situations of everyday life with an original vision and your style?

I do not have a style that I am referring to. I love many styles and I experiment them all. This led me to not have a particular detail that makes my photographs recognizable at first glance, maybe I’m still looking for that “punctum” that distinguishes me.

After shooting, what are the actions you take in terms of processing and editing?

I shoot in jpeg and I often use camera presets. However, I pass on lightroom to adjust the basic settings, contrast and tonal values. I try to have an analogical approach even if I shoot only digitally. 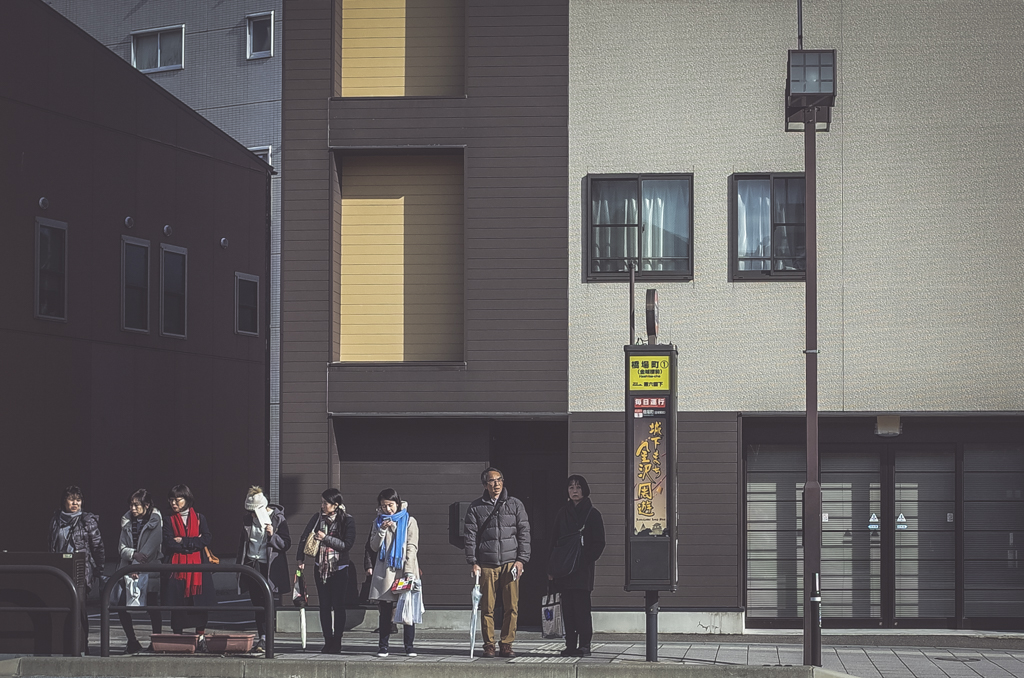 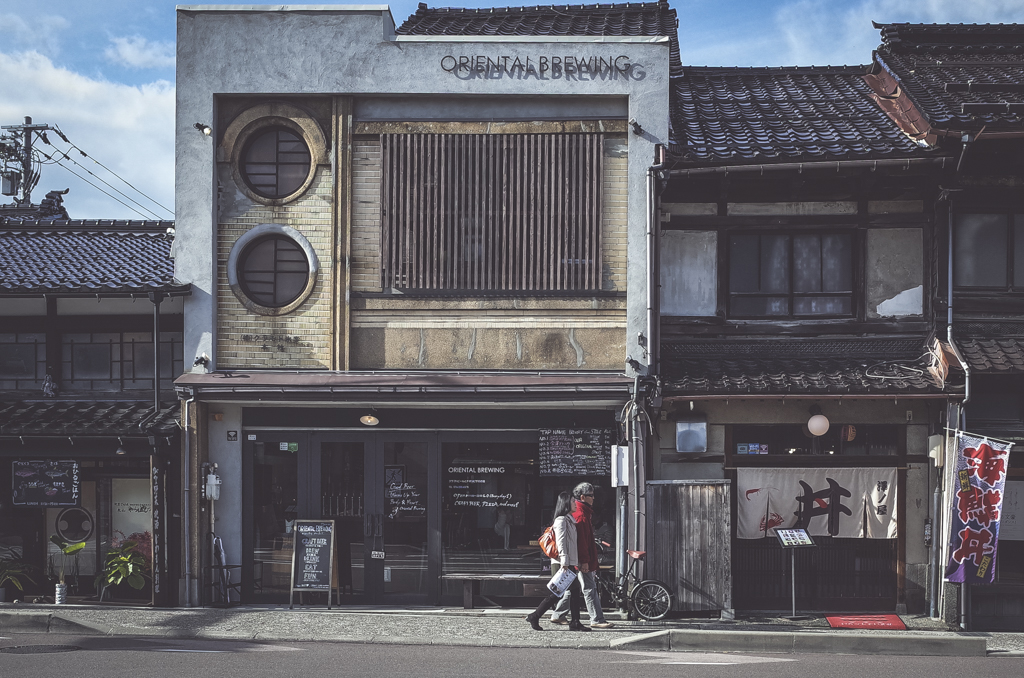 For projects I prefer color. When I walk aimlessly down the street, black and white amuses me a lot. 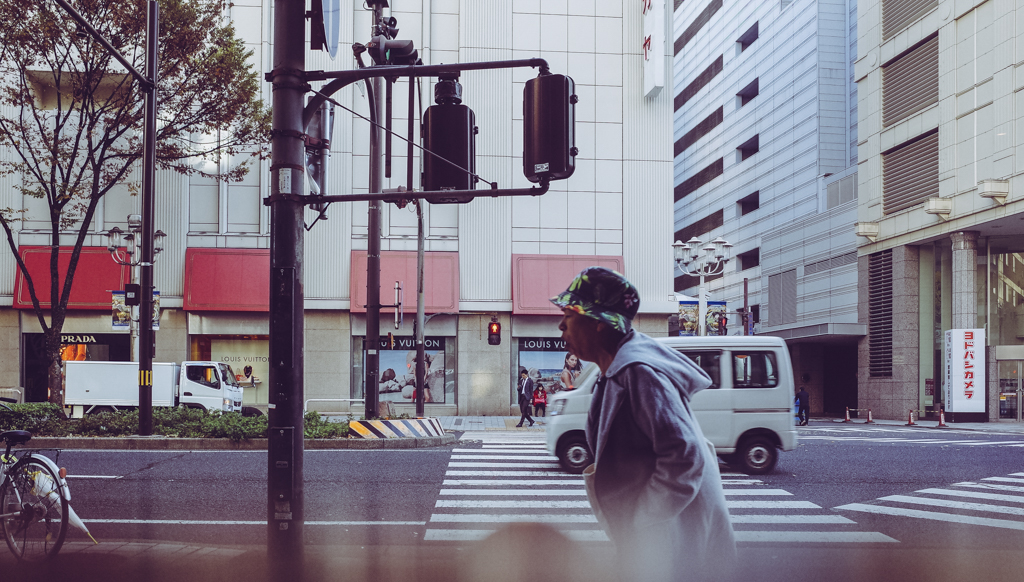 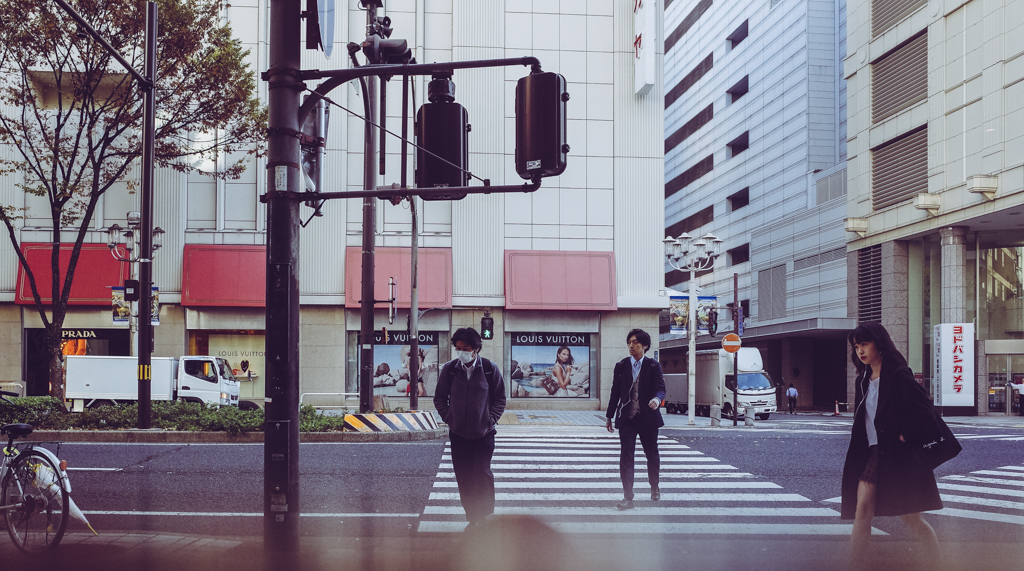 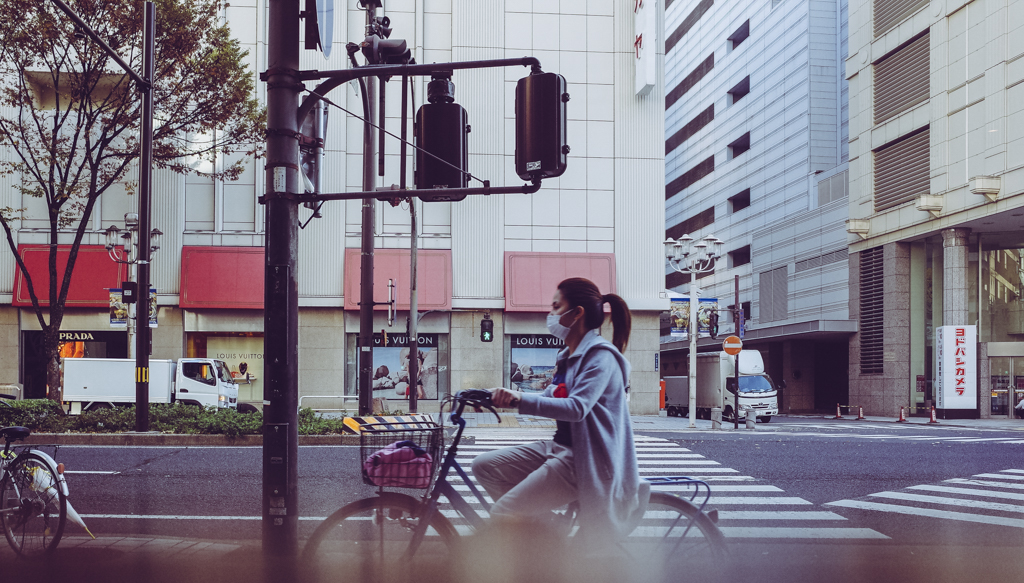 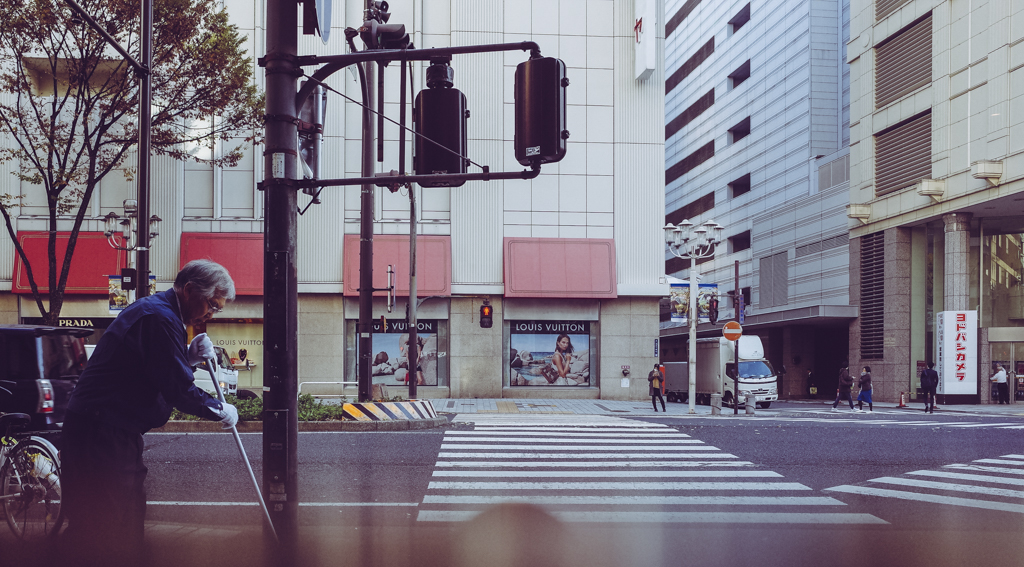 We often hear about “photographic projects” even in Street Photography. Have you ever documented a situation from which, subsequently, a story or idea of a project was born?

As I said before all my outputs are functional to a final project or rather to a series. Photos that do not have this function are done while walking with the family in the downtown city or things like that. The answer is yes, indeed I would add that I already start with an idea of a project or a series. The street project is difficult to conceive, sometimes to tell something you would need thirty photos and sometimes a single photo can be enough. Even a pedestrian crossing can become a project, as long as you know what to tell people. 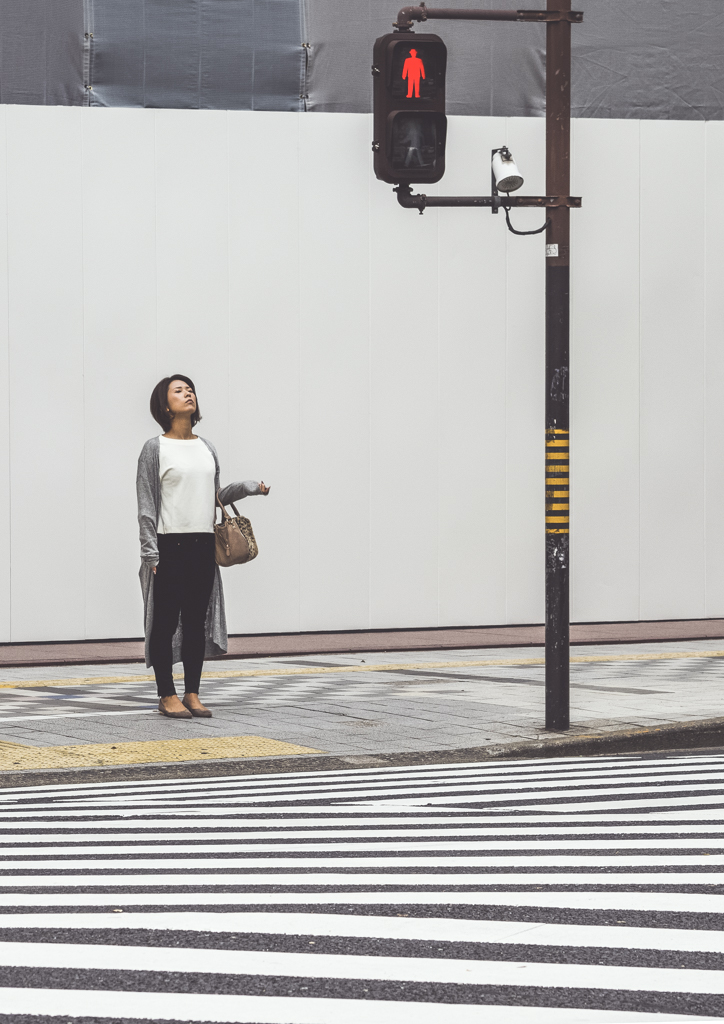 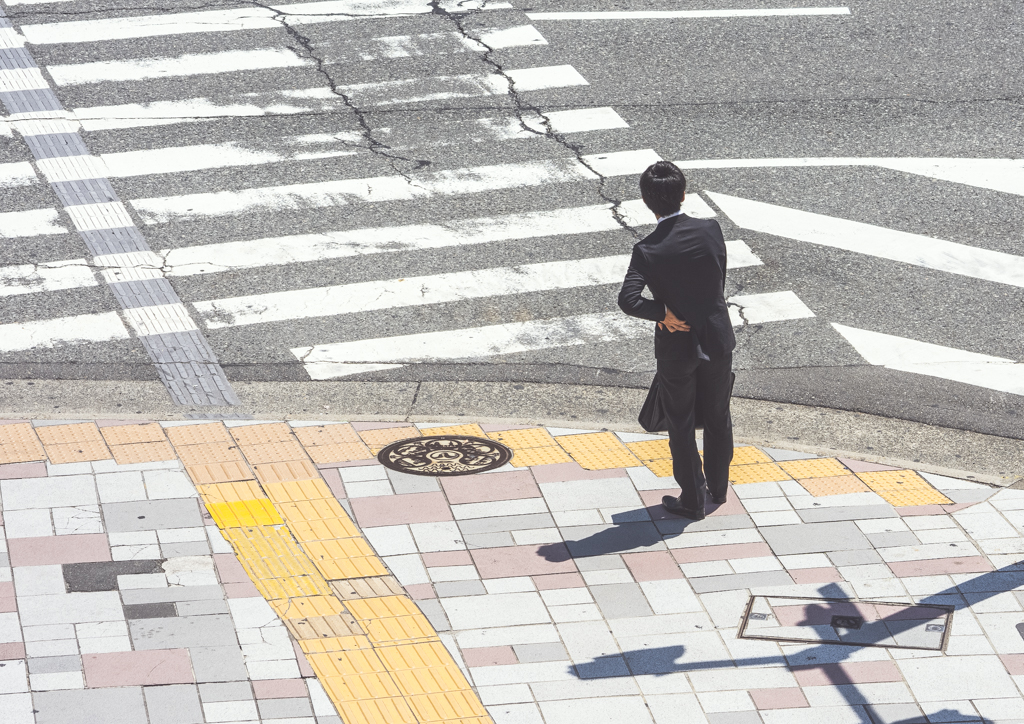 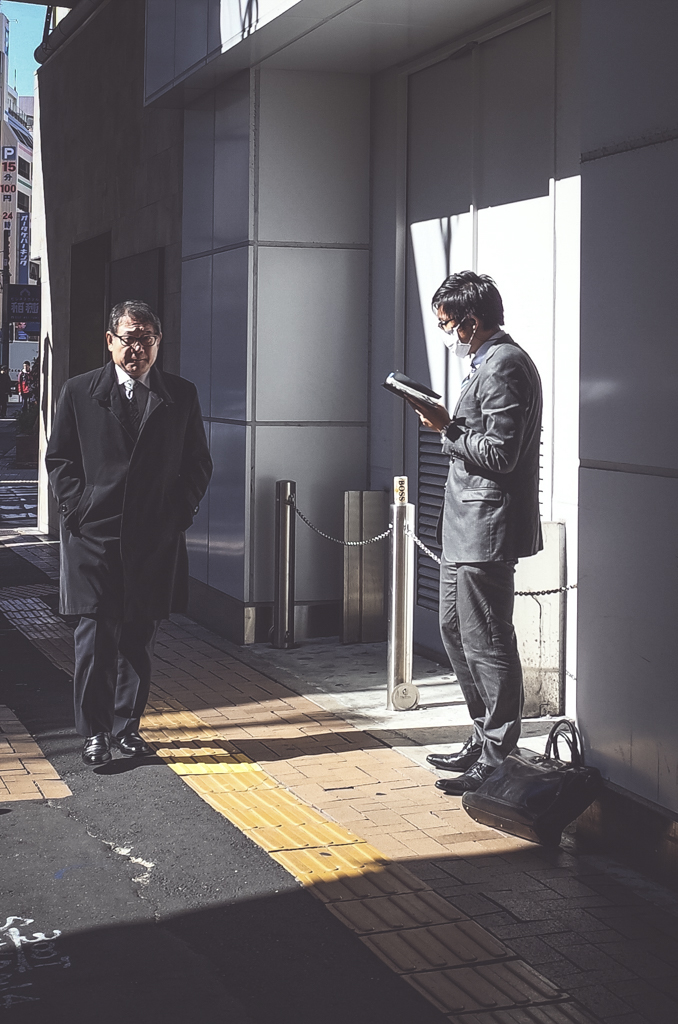 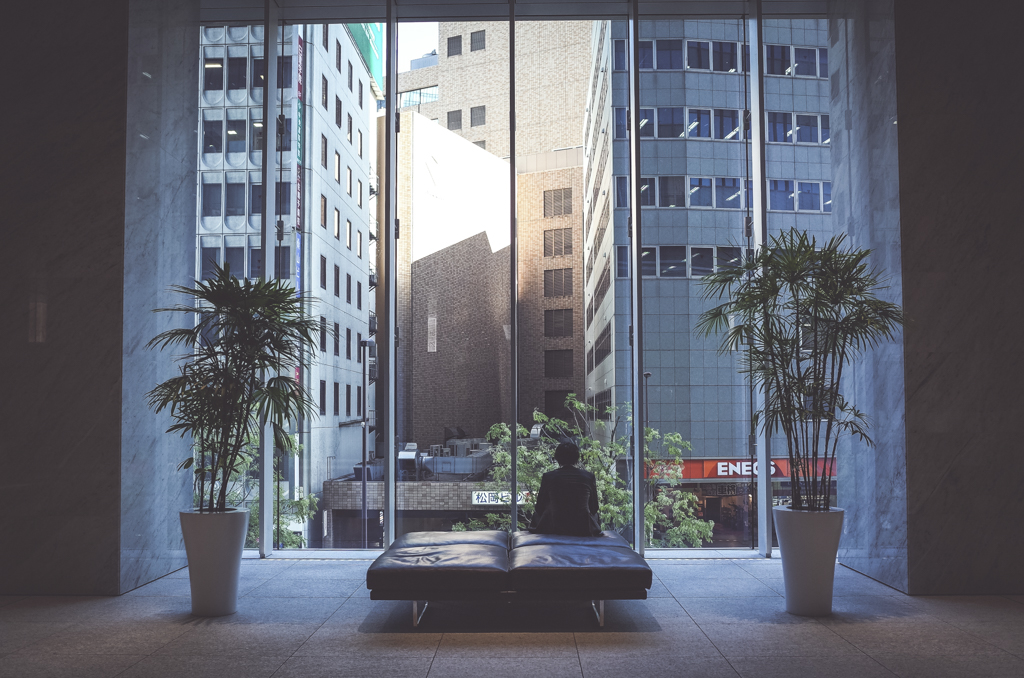 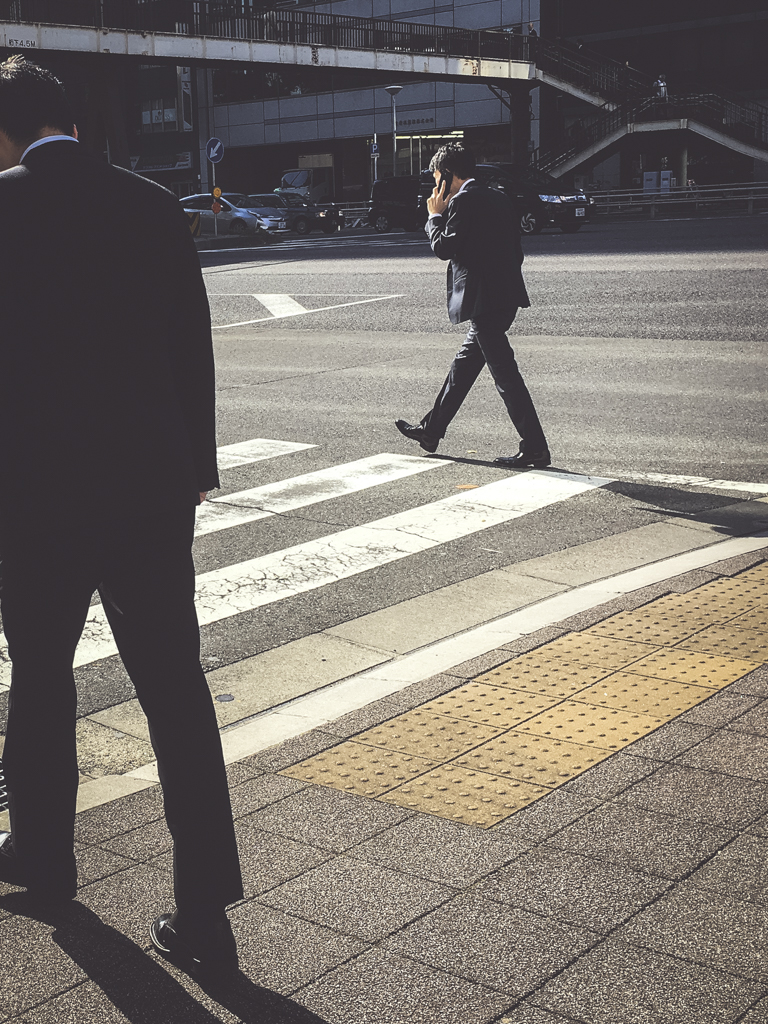 Many times, we look at the pictures we’ve taken over the years. Is there one you are particularly attached to and why?

There is a picture I made in Venice at the beginning. I had bought my first camera, a SLR. That day I set up my new telephoto lens because I was going to take some pictures of pigeons. During a break at the bar, it was almost evening, I took a picture of a lady coming out of a church. When I saw the picture at home I realized that at that moment two gentlemen had passed that had impaled the frame, leaving however to glimpse the face of the lady. Those two gentlemen looked like that in the sixties, I’ve always been fascinated. I’ve always wondered why I had not seen them during the shot and why they were so old style looking. I have seen it as an image that stopped the crossing of two parallel worlds. 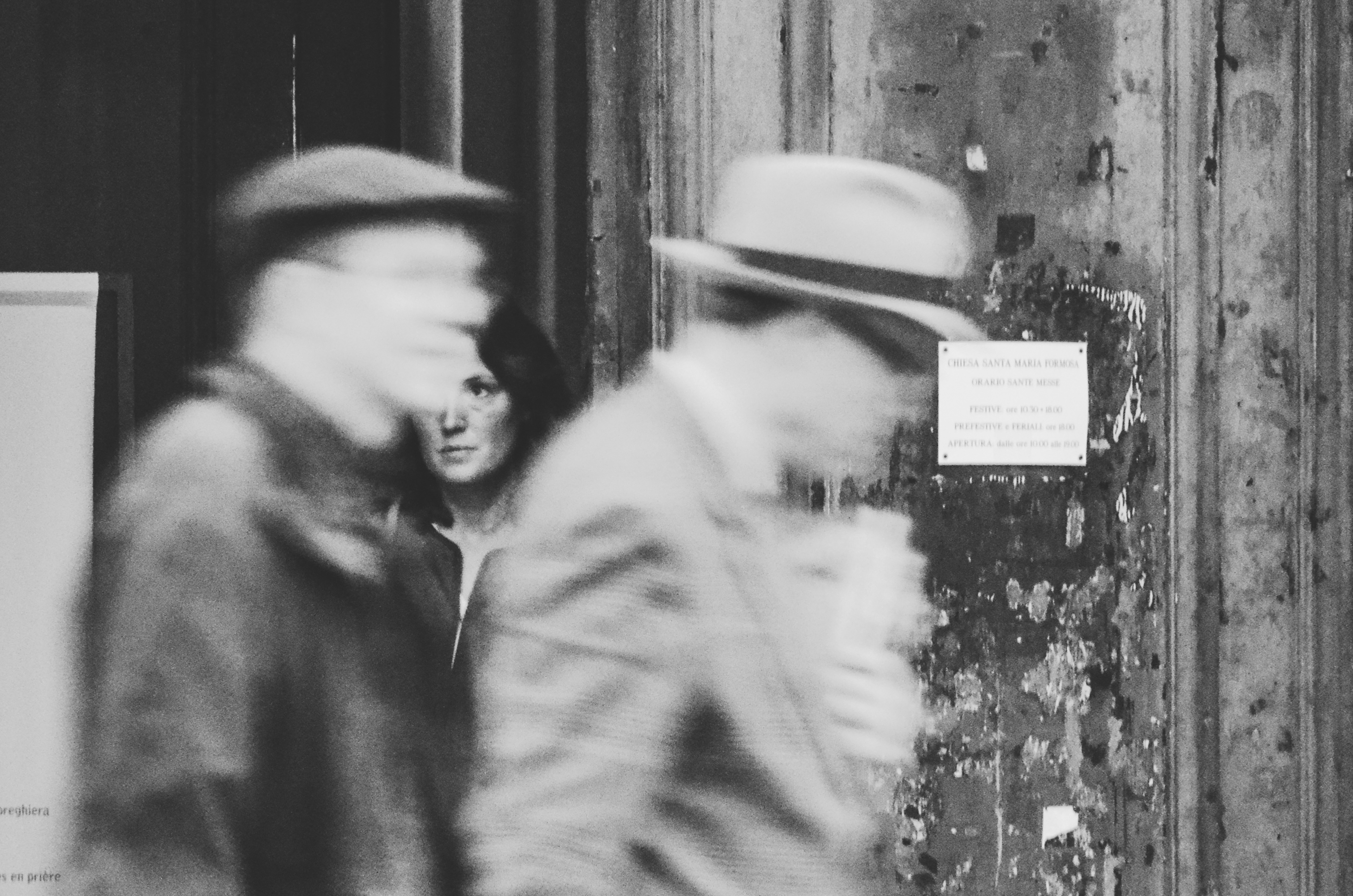