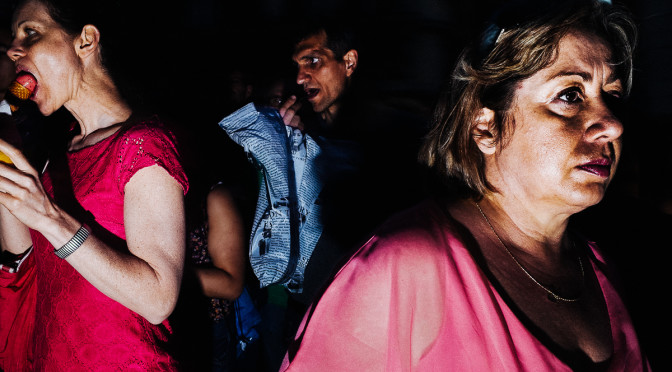 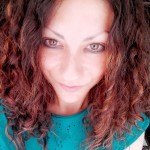 Going back in time how was your passion for photography born ?

About ten years ago, while I was spending my summer holidays in my grandmother’s town, I took some pictures which were no more than snapshots. Therefore to improve my skills, I decided to join a photography course. In 2010, after few months having completed both the basic and the advanced levels, I left photography. Last year, having a photography project in my mind, I came back to my association. 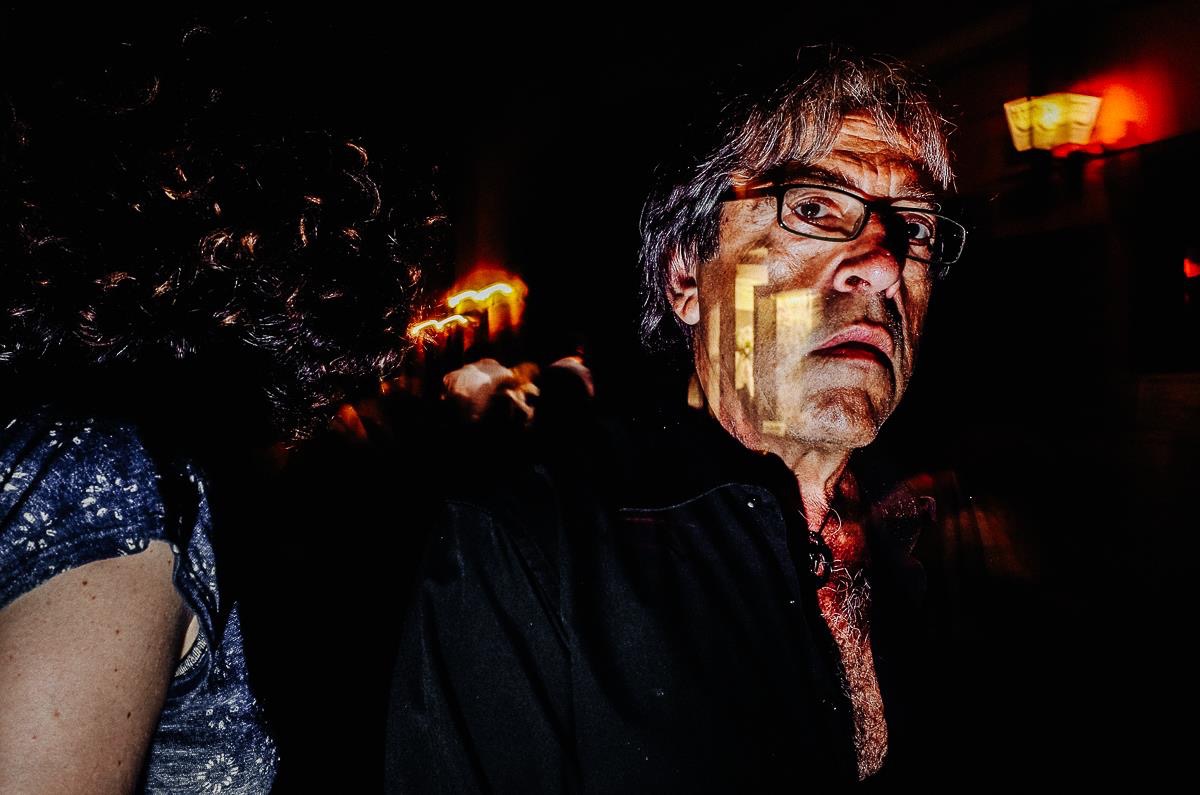 At the time there was an on-going project for members, so I joined it looking for some inspiration. The collective project was about trams in Rome and I started spending many hours shooting in the street. At the very beginning I had some difficulties to shoot strangers and I didn’t even know what I had to photograph, so I started spending many hours looking at the work of the greatest photographers. I worked a few times with sporting photographers but I was told I was too slow. I spent a lot of time shooting in the street to get faster and to work on the Tram project. Last spring, the collective project ended with an exposition, while the partnership with the sporting photographers didn’t go on. In any case I found my photography and the way to express myself. 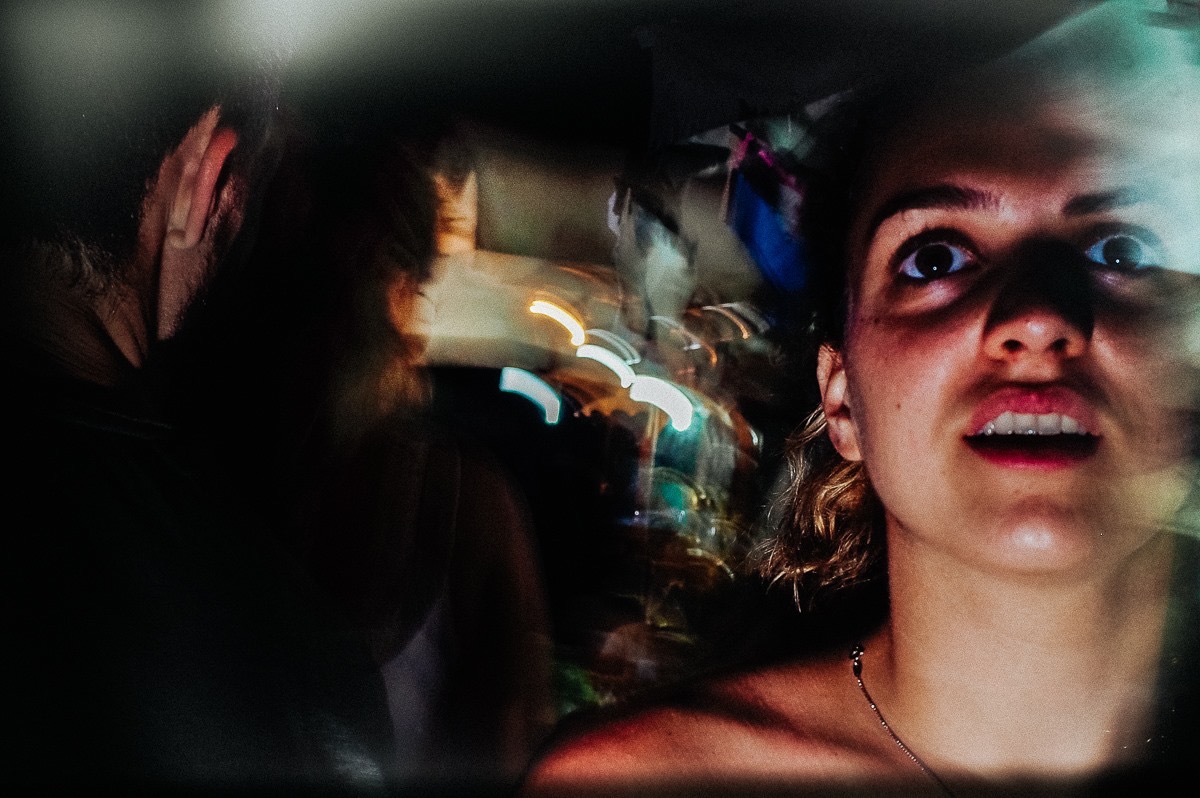 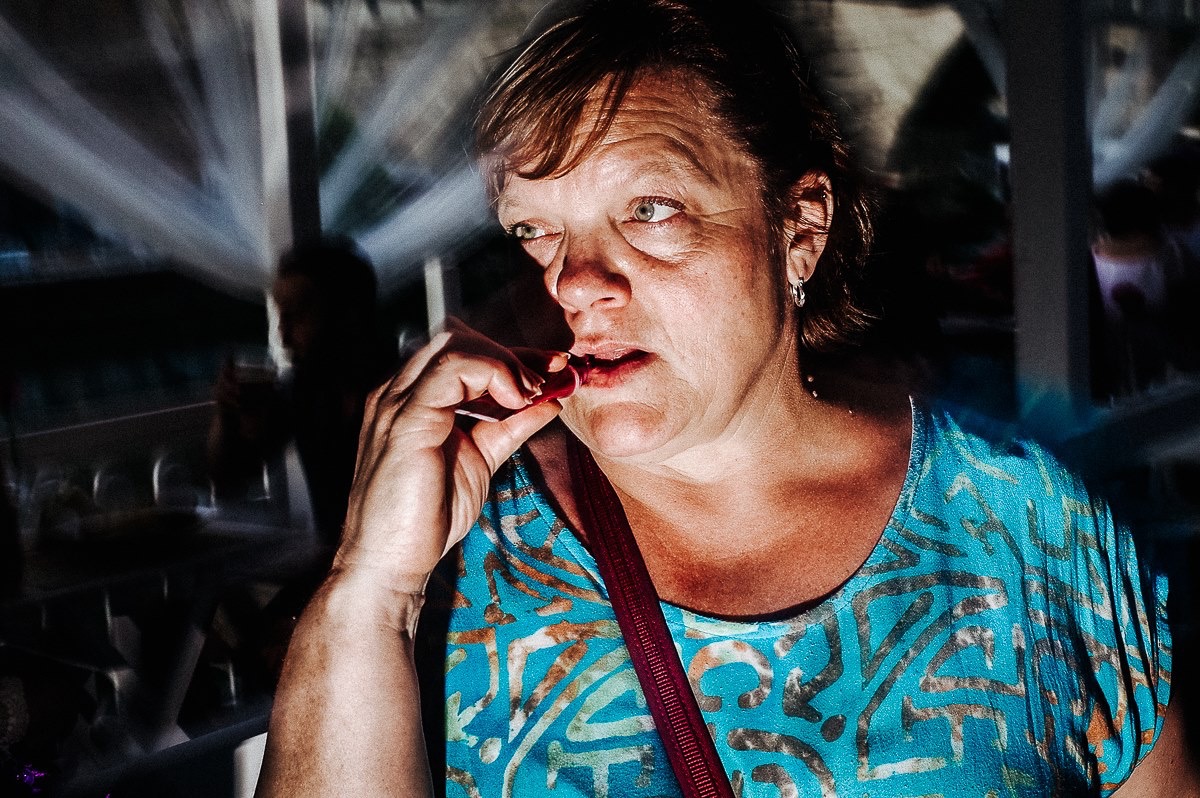 Considering your works, which ones marked your entrance in the world of real photography?

Last year I had the occasion to meet the photographer Joan Liftin, she came to my association to show us her last work “Marseille”. I was really captured by her photos, especially the ones in which there were a couple dancing in the evening holding their little baby in their arms. I didn’t see the small baby’s head at first glimpse, his presence was a little revelation that made me understood the power of photography as a mean of communication. Ending her presentation Joan Liftin said: “This is MY Marseille” and a door was opened to me. 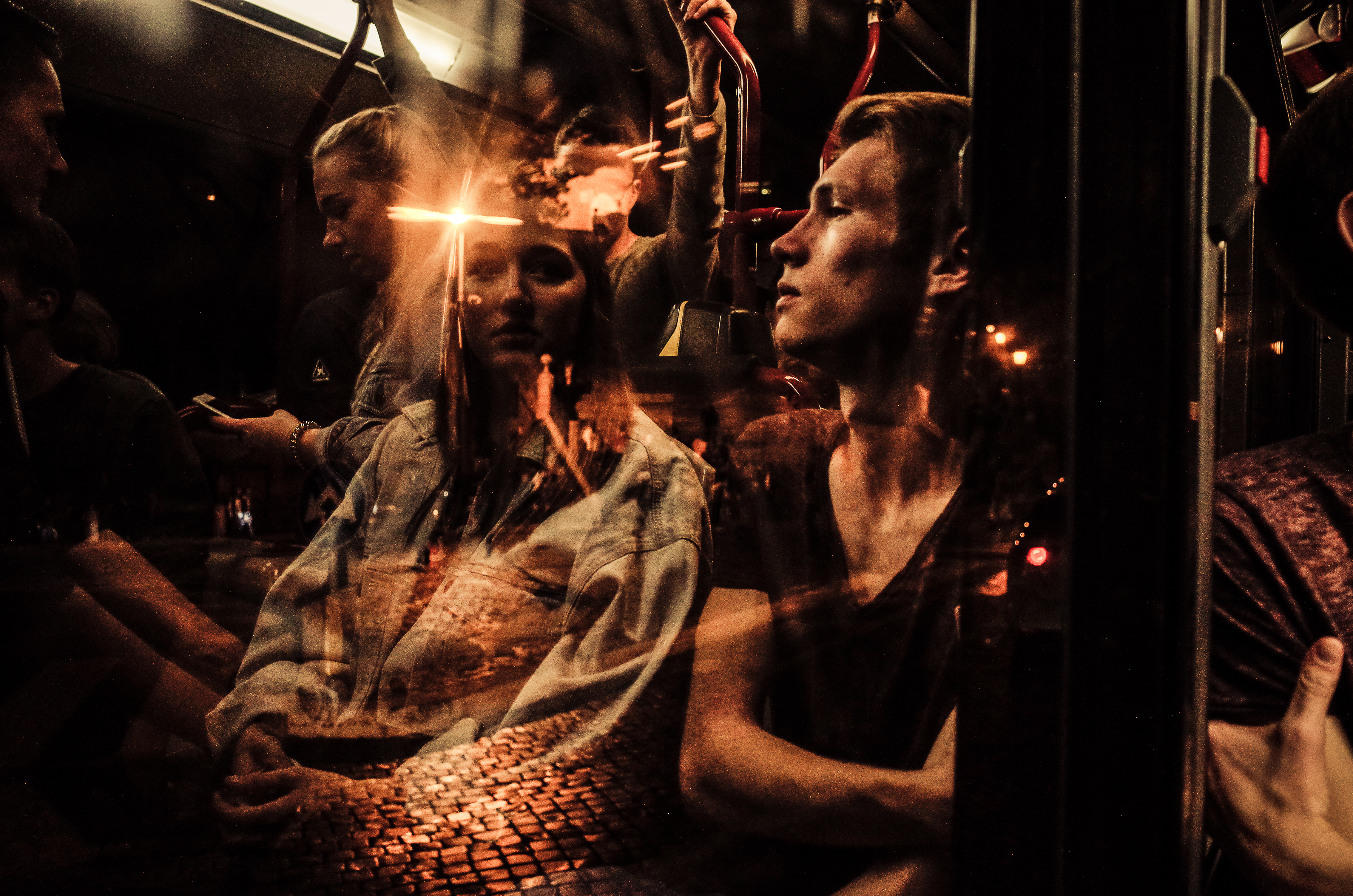 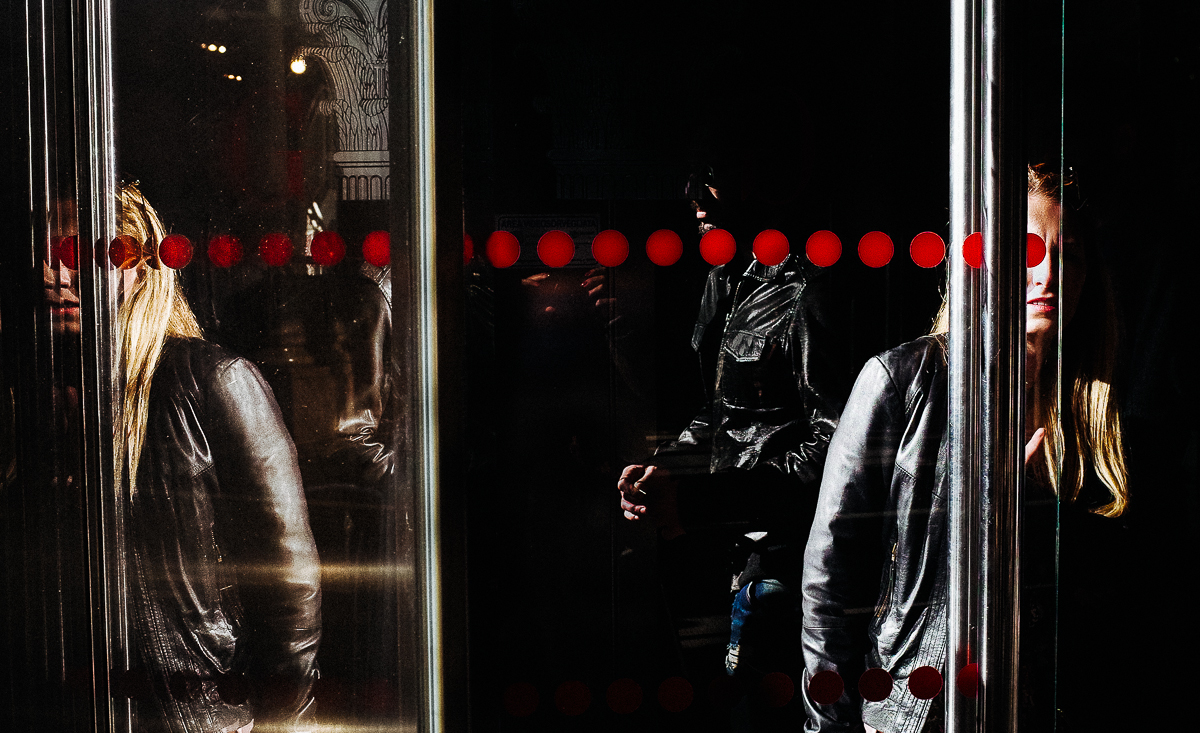 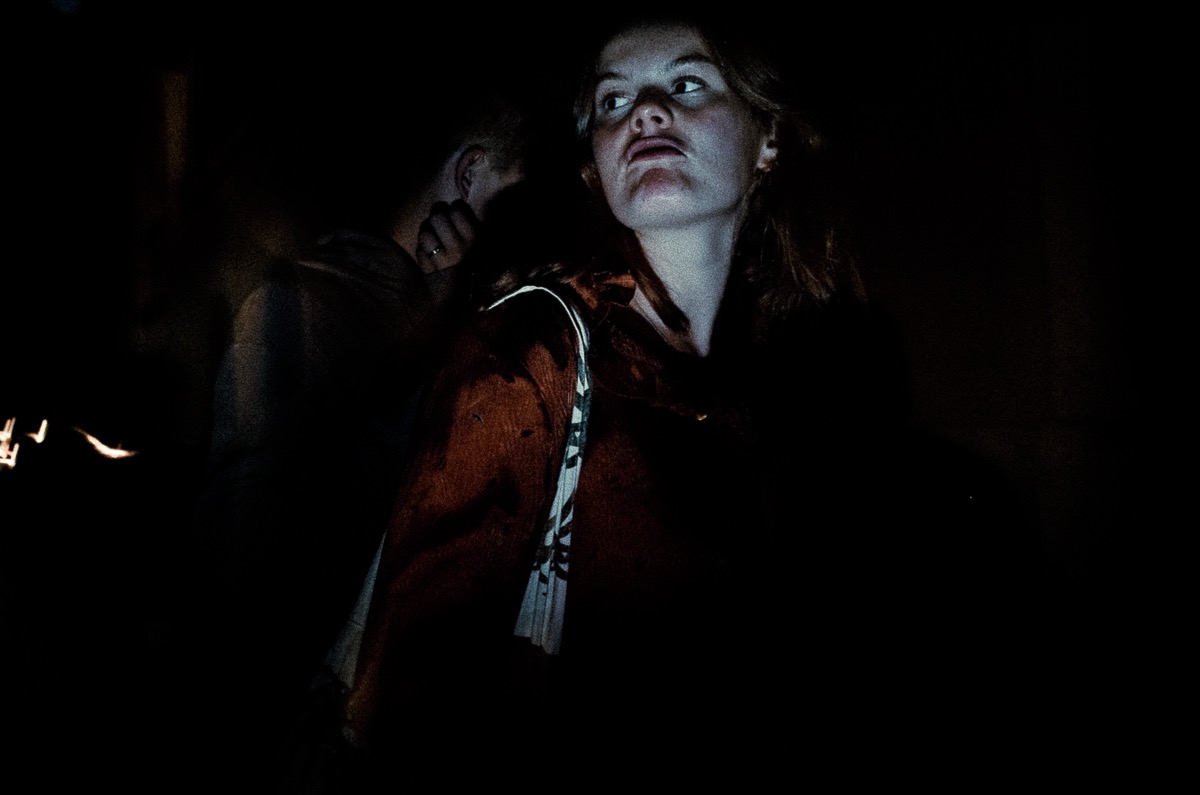 How do you manage colour and B&W?

I used to shoot directly in black and white. After I discovered the amazing work of Alex Webb and William Eggleston I realized how colours could have a great impact in a photo. Colour catches the eyes, a bright hue that highlights subjects in an image, will draw a viewer in the right direction. On the other hand, black and white images appear to be more timeless than colour ones. Although removing colour from a picture helps the viewer to focus on subjects’ emotional state, I prefer using colour, opting for it any time colour is a key element in the story my photo is telling. I choose black and white when the light, form, or texture in the scene is more compelling than the hues of the subject matter. 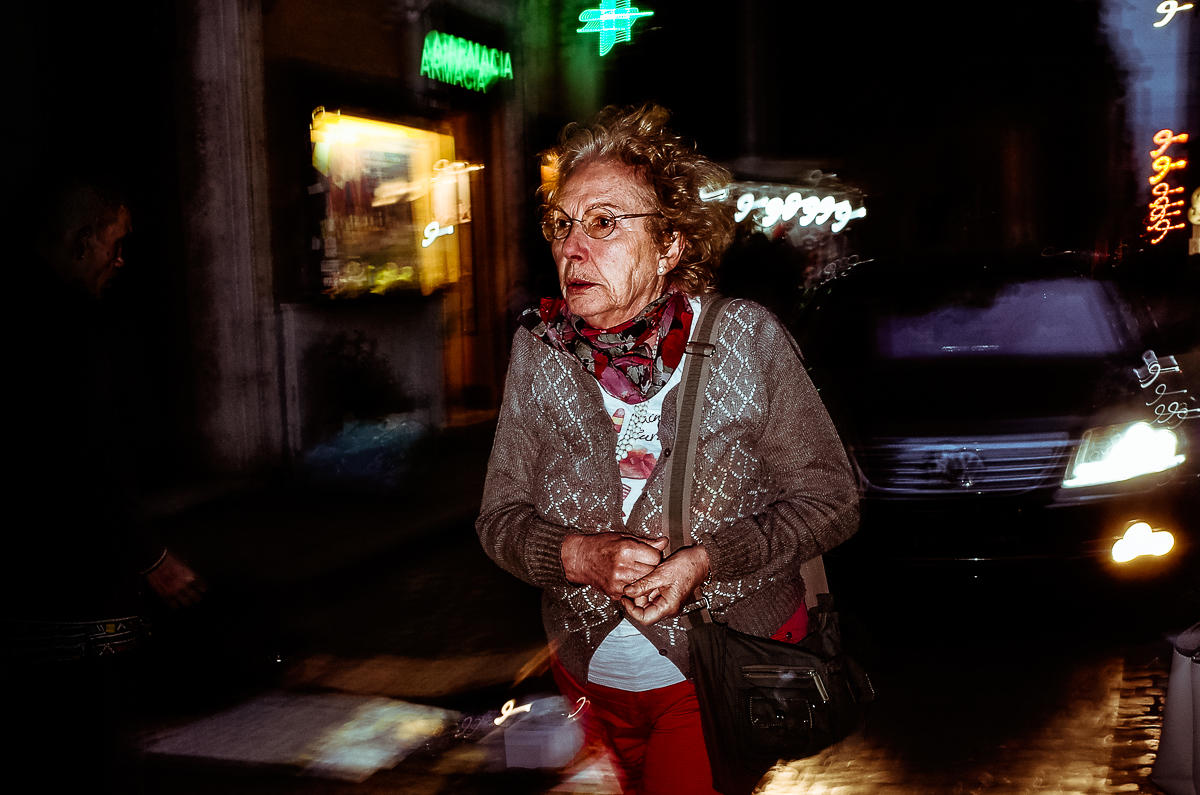 Which kind of camera do you use?

Last year I was looking for a small and lightweight camera and I bought a Ricoh GR II. I’m really satisfied with my choice, this camera is just what I have ever needed. 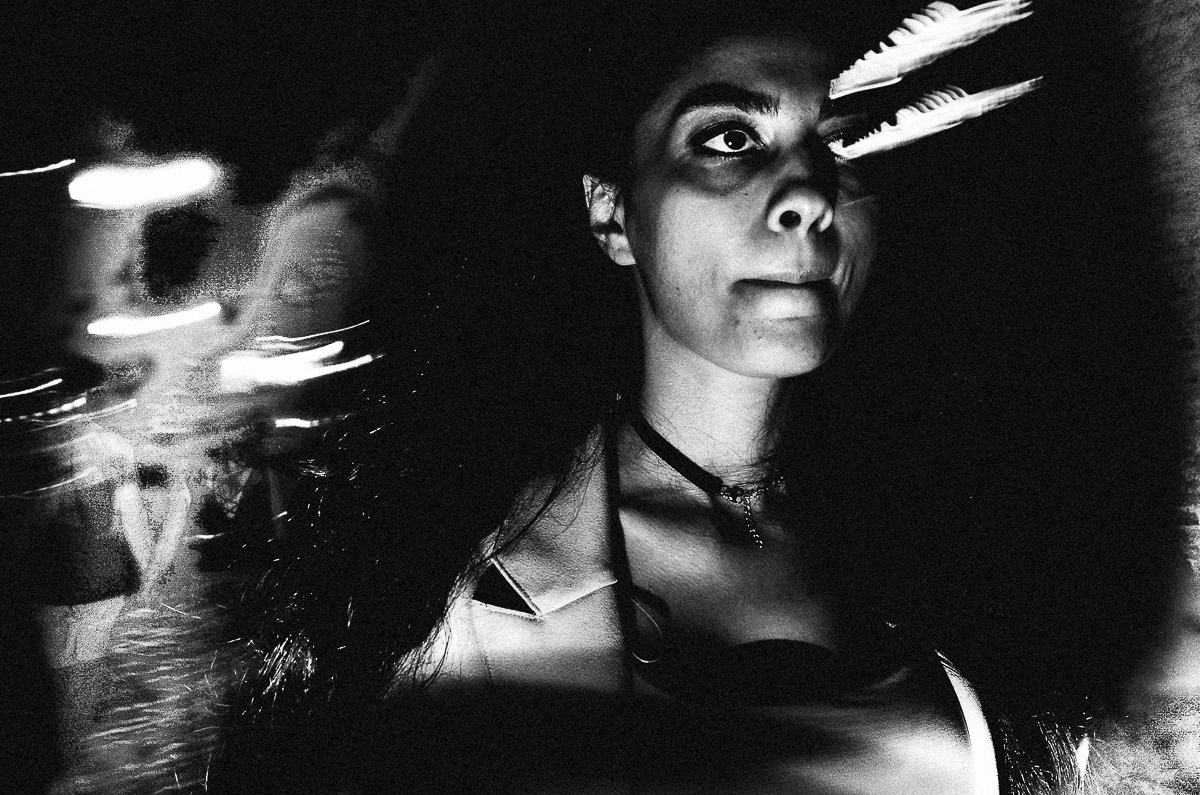 What determines if a photo is “good one” or not?

When I check back my photos there are some elements I take in consideration to estimate their quality as light, composition and message. I have learnt from the masters that a good photo is one in which you can smell the street, you can feel involved with subjects and you are inside the photo. A worthy image can follow either every of these aspects or none of them. Anyway, for me, the most important thing concerns the emotional impact. A good photo is the one which shows both the personal perspective of the photographer and the viewpoint of the world. 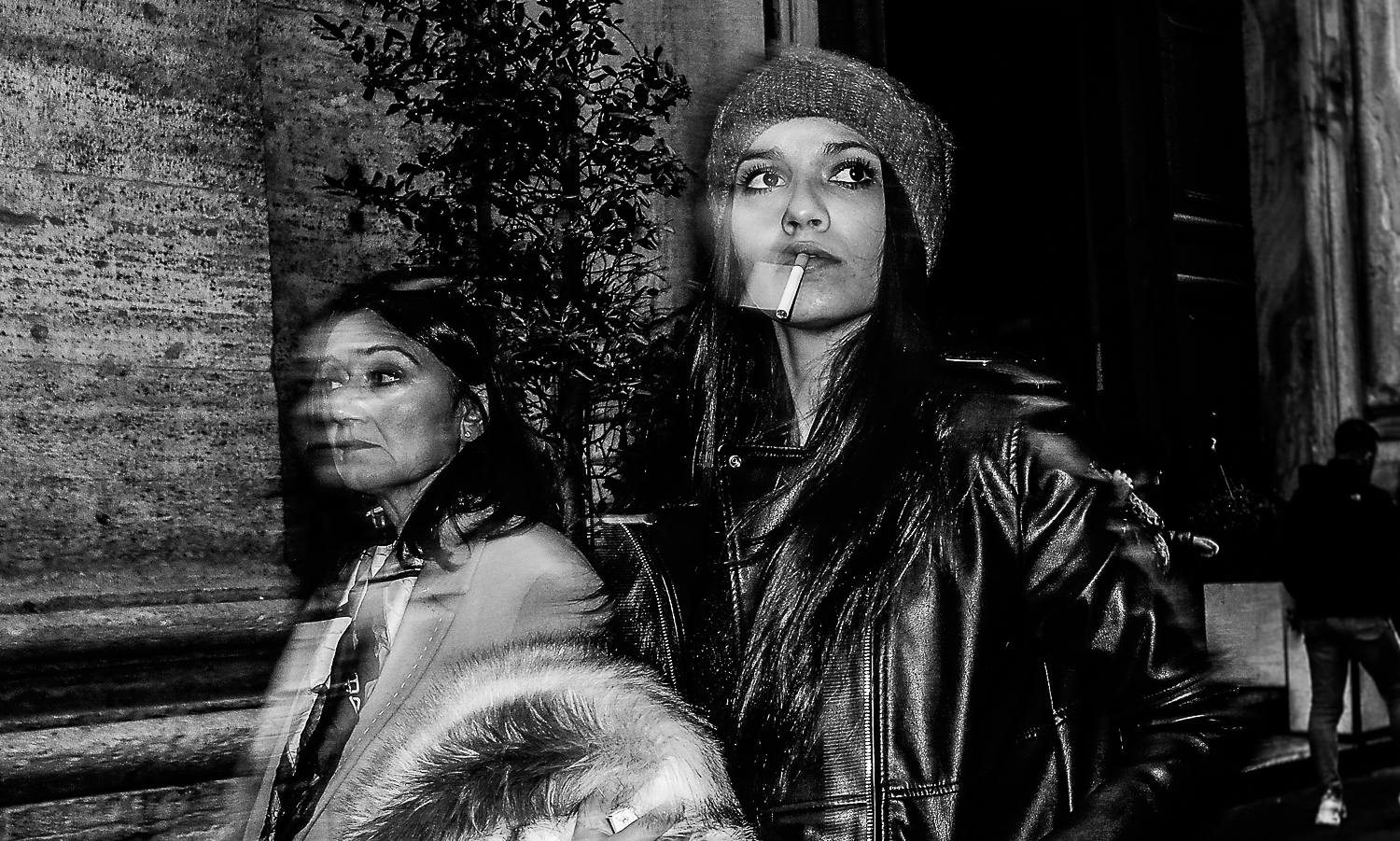 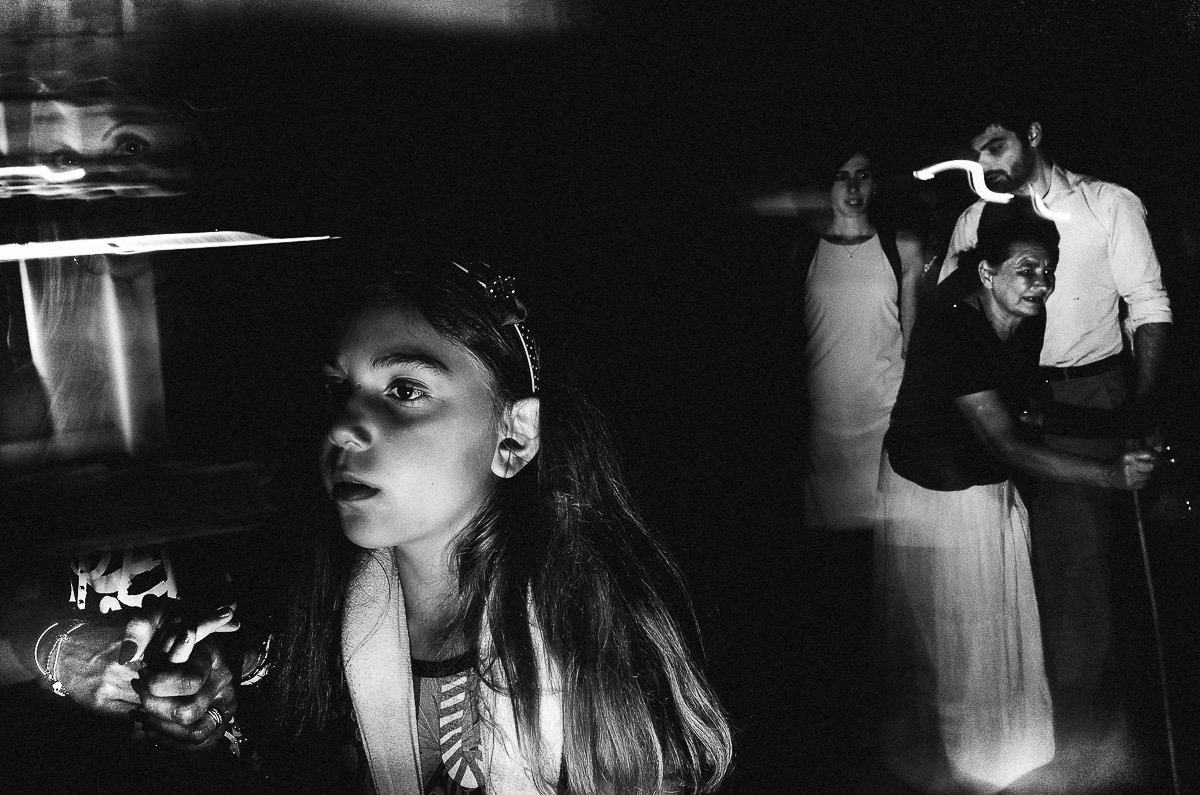 When you are shooting, do you have an image in your mind? Do you build the final photo before shooting it or are your images also a result of a post-production phase?

Walking in the street I shoot everything that involves me mentally, visually and spiritually, often pre-visualizing my photo. After I have chosen my best photos, I process them with Adobe Lightroom. I don’t use Adobe Photoshop because I’m both too lazy to learn it and I prefer spending my time shooting in the street rather than being behind a PC dealing with a software. I just need few controls for my photos as contrast, clarity or shadows. I usually don’t crop my frame, otherwise I will loose the quality of the photo and I will have a different perspective of it that I won’t like as a result. Above all, I don’t need to develop my photos too much, because I think that street photography is a media for photographers to express their aesthetic feeling in a genuine way. 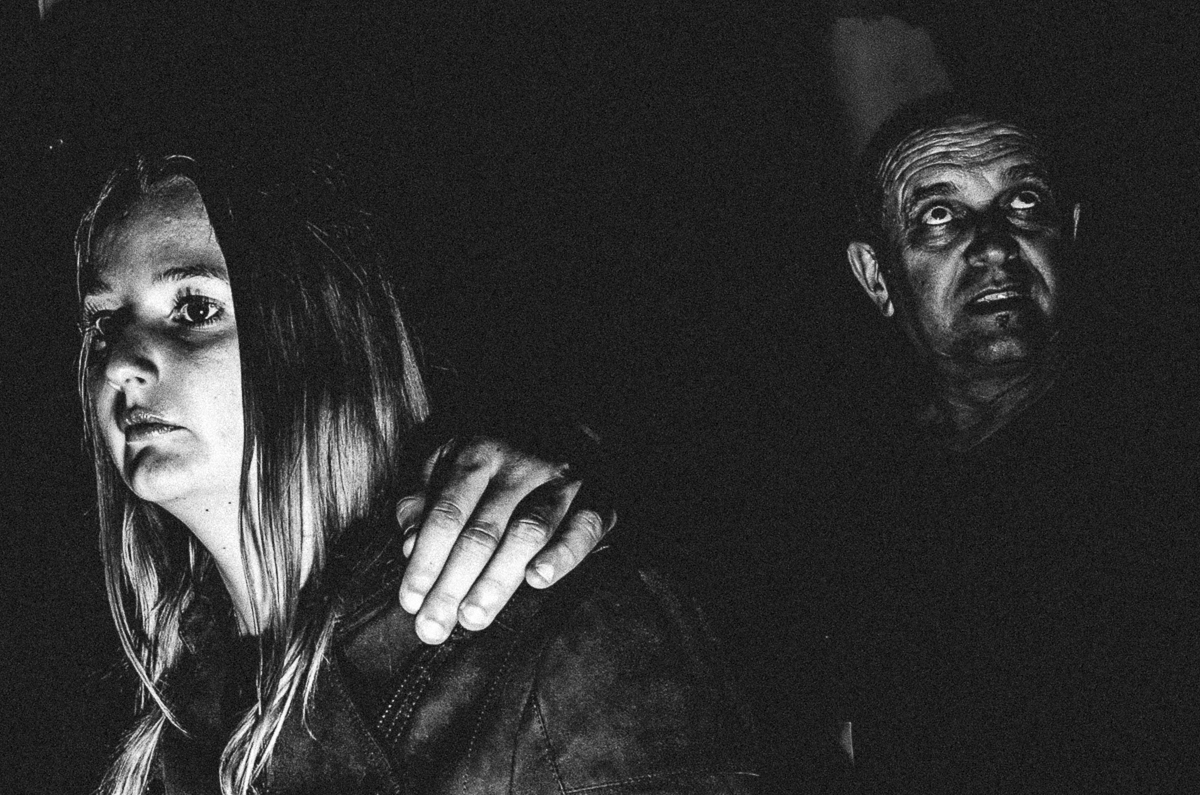 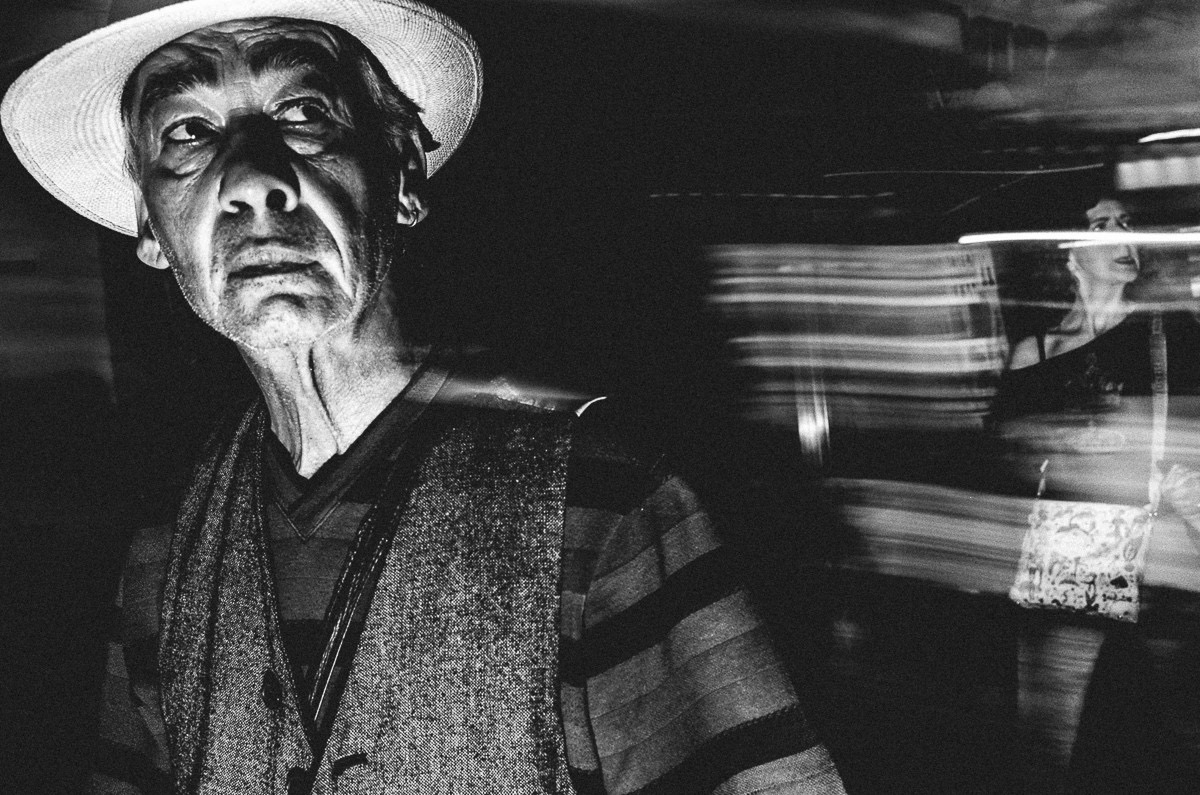 Last year was a prolific one for my training. I took part in many meetings with great photographers such as Alex Webb and Rebecca Norris, Joan Liftin, Larry Fink, Alisa Resnik, Niki Nitadori and Ferdinando Scianna. I attended a workshop with an Italian Street Photography team and I also joined many photo-walks. As matter of fact, theory is essential for learning purposes, but I believe that putting photography into practice is the most important activity in order to improve your skills. My favorite and inspiring photographers, just to say few names, are Alex Webb, William Eggleston, Josef Koudelka, Bruce Gilden and Mary Ellen Mark. I also have many friends who are street photographers, whose work is always an important source of inspiration for me. 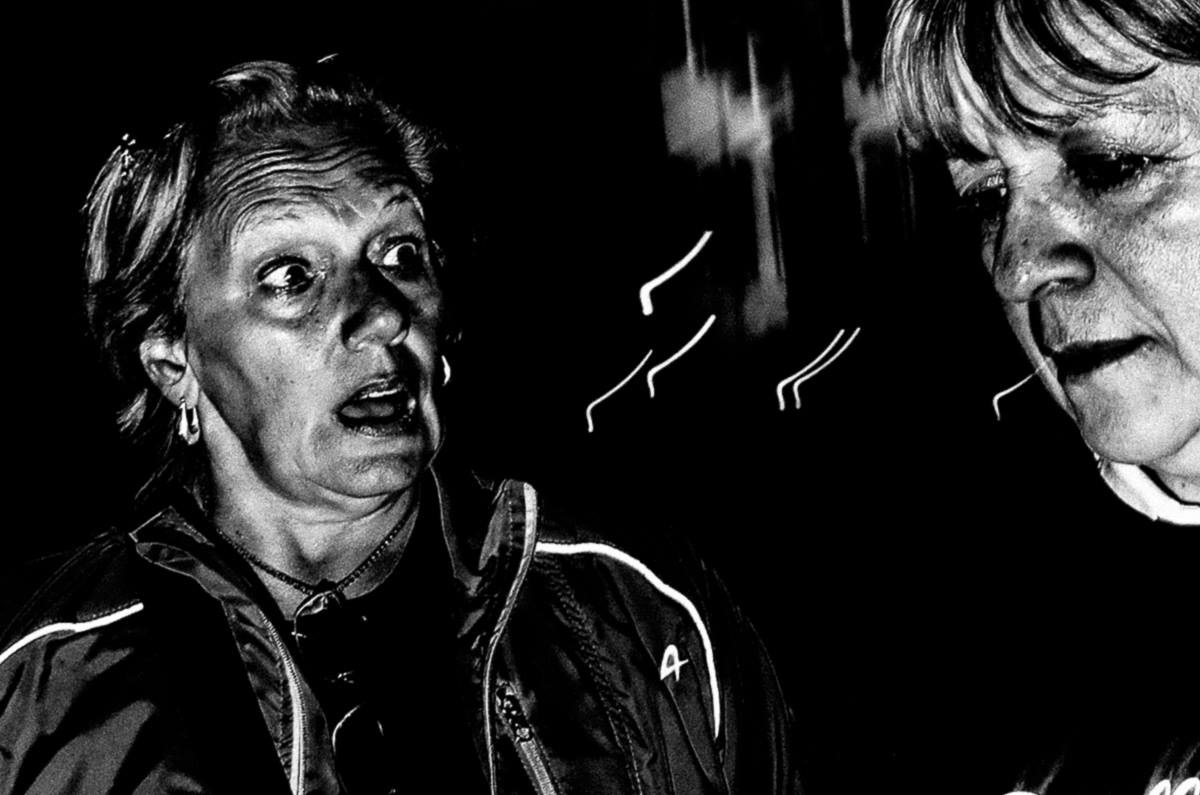 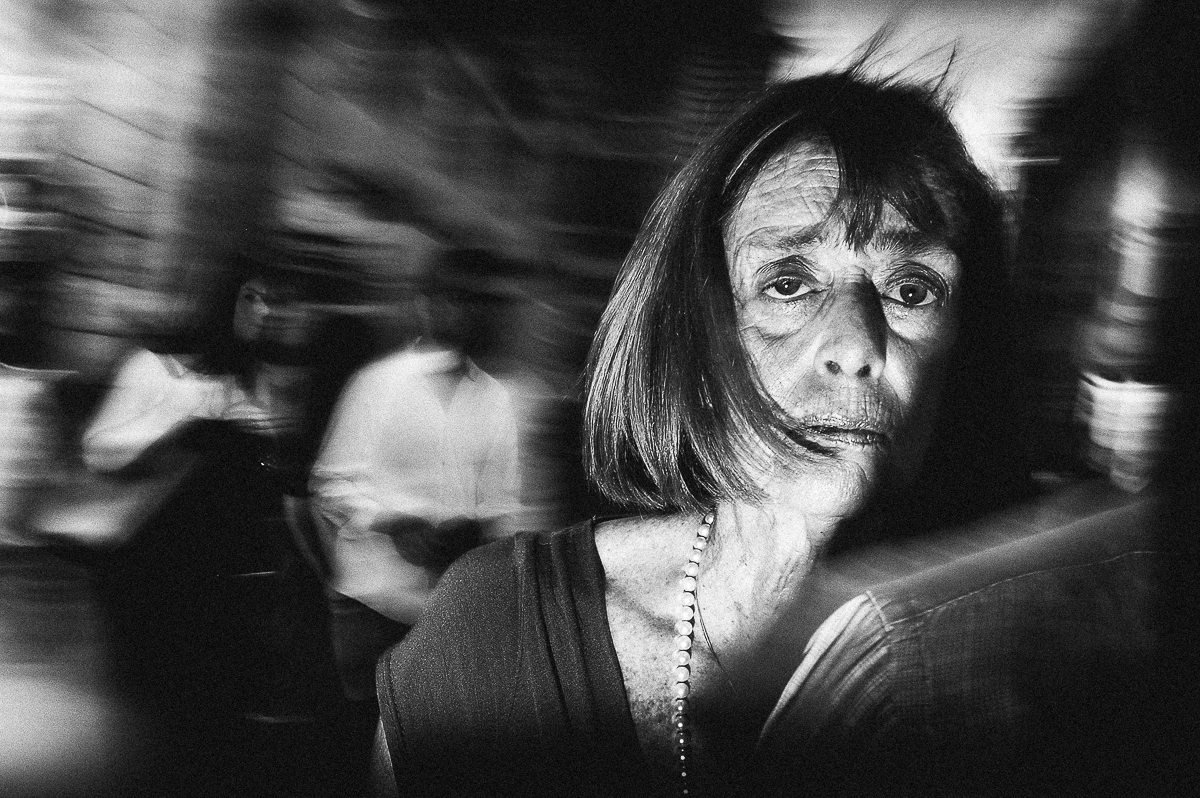 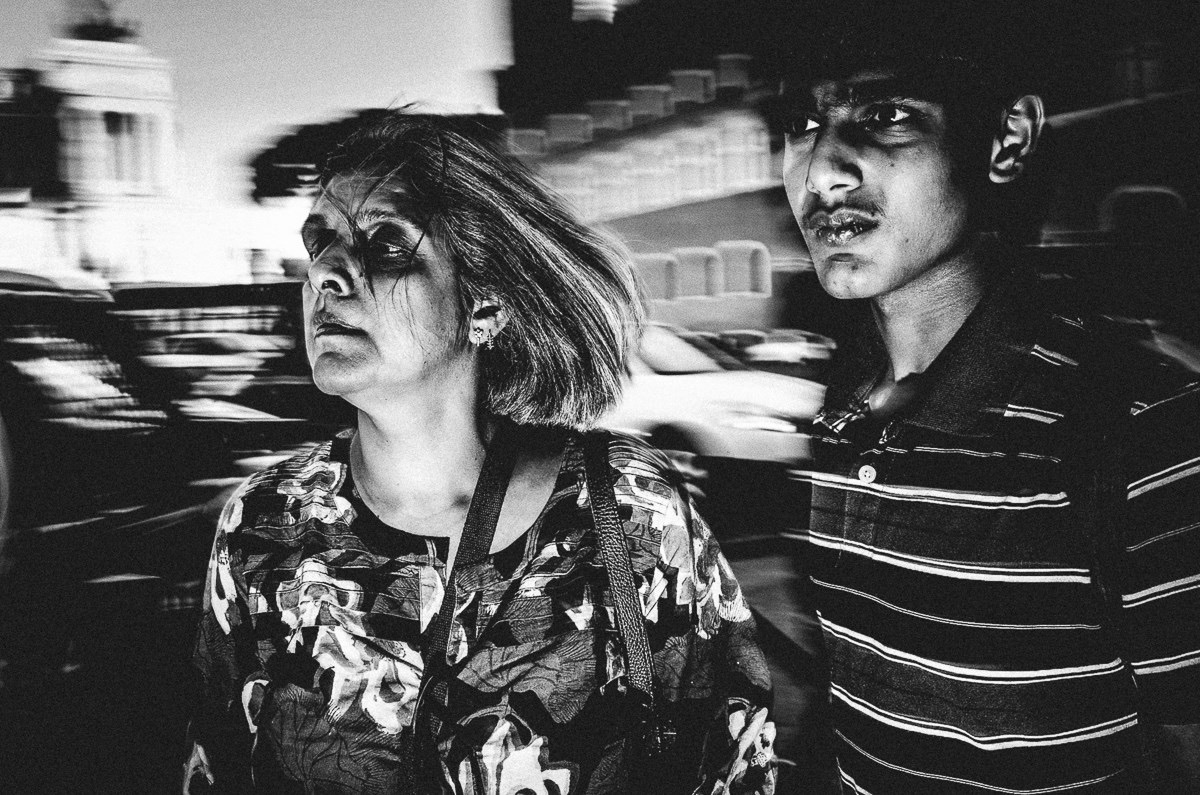 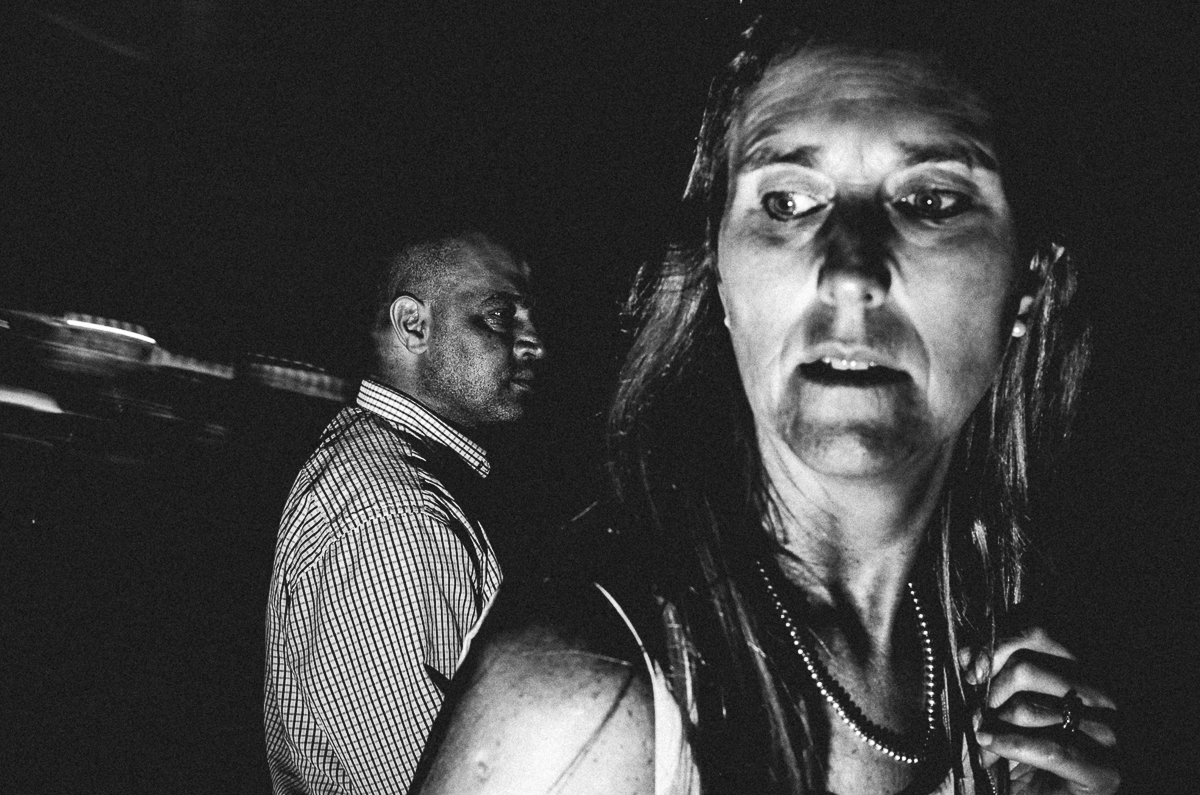 What is photography to you? And what should not be instead?

According to my opinion, photography is an open window through which you can observe new meanings out of reality.  My intention isn’t to be an illustrator with a camera but an interpreter of my surrounding environment. 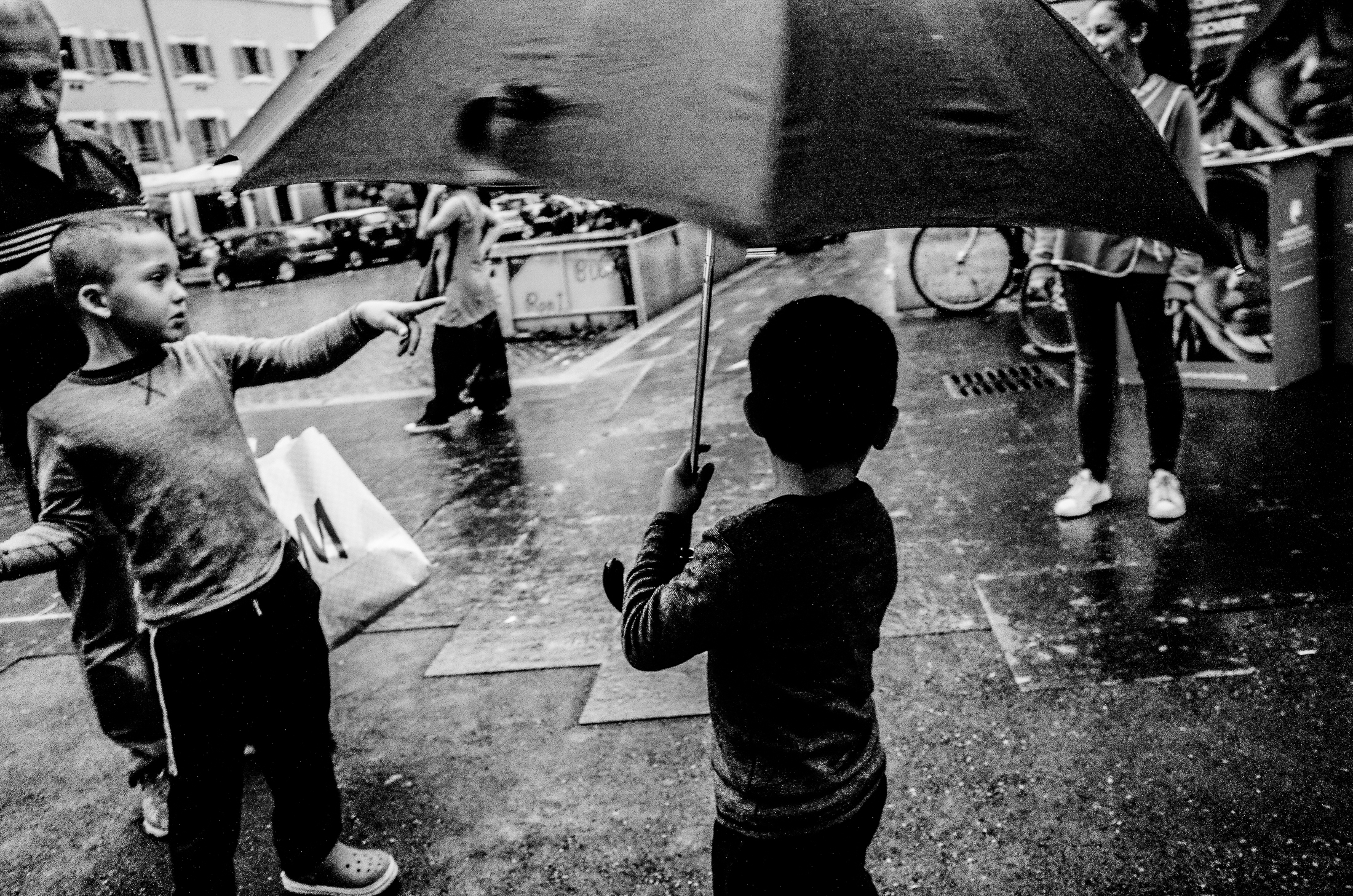 After all, photography neither should take snapshots with both any subject and meaning, nor be a frame making your eyes turn around anywhere.

What is the photo that struck you the most of a great historical photographer ?

One of my favourite photo is Amanda and her cousin Amy, taken by Mary Ellen Mark, where she shows us Amanda wearing earrings, a necklace and heavy eye-liner, smoking a cigarette while posing in the padding pool with her cousin Amy.

Mark emphasize the contrast between the two little girls as a representation of adulthood and childhood. While Amanda looks like a woman, the little over weight Amy, wearing a t-shirt to shelter herself from the sun, is playing in the pool light-heartedly. Furthermore, Mark shoots the photo at a very specific time, to deliberately capture Amanda while exhaling the smoke of her cigarette. This was done, to express even more the young girl rebel-like nature.

Looking at the picture you can feel isolation, the two cousins in the swimming pool seem to be shut off from everyone else. Besides, I believe that the complete contrast between the two characters shows us Amanda’s lonely and tough life. What attracts me the most of this photo, is that in one single frame you can read so many elements and meanings. 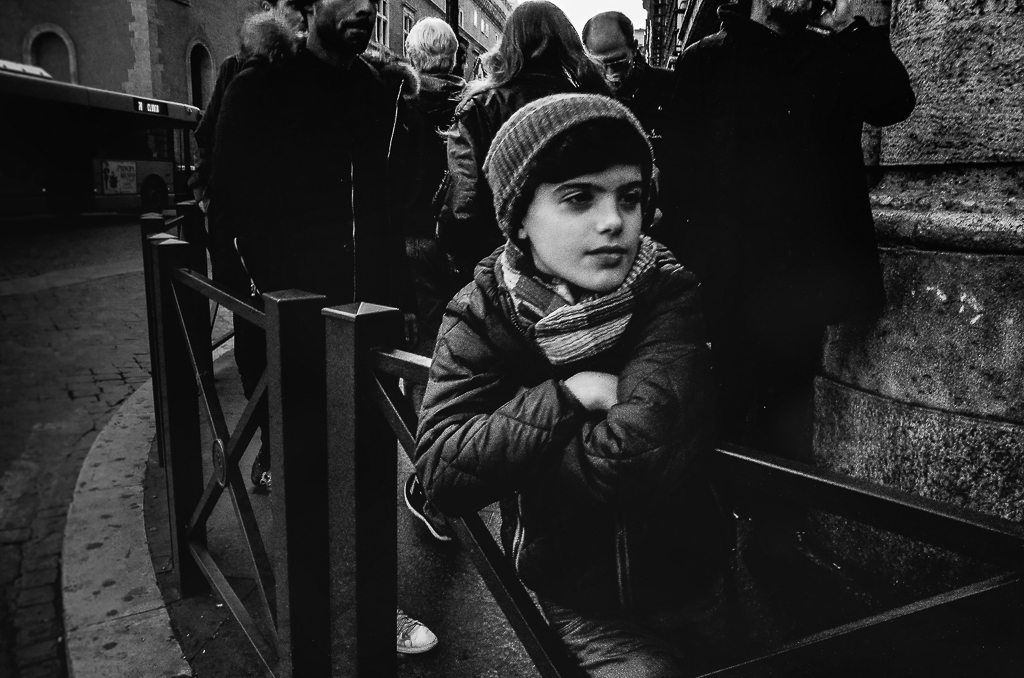 What is your favourite technique?

Last winter I had the great pleasure to meet Alex Webb in a photography event here in Rome so I had the occasion to know better both him as a photographer and his work. At the time following on his heels I was for bright colours and strong light and shadows. Recently, I’m working with the flash off camera, in daylight or night, and for my purposes it fits perfectly. I use both camera and flash in manual setting, because I prefer choosing the quantity and the direction of light I will have on my subjects. I like shooting close to people so I don’t use zoom lens which would give me a voyeuristic perception, which isn’t my target. 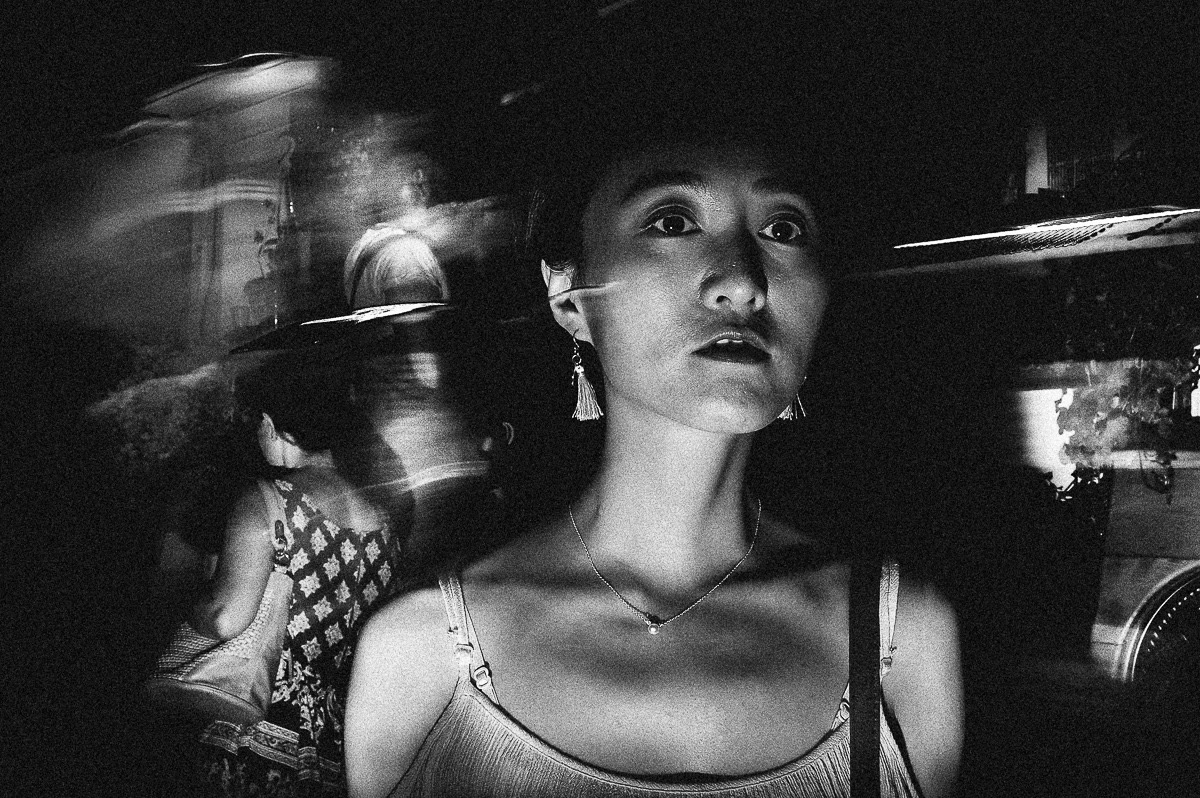 As I’ve said before, I started shooting in the street by sheer chance but it was my way to know photography. Now I’m particularly involved in street photography. It is quite challenging, it takes a lot of luck because you never know what you will find on any given day or if you will find anything at all. Sometimes it is a serendipity. Shooting people gives me the possibility to know the world around me, it lets me feel more into life. By taking photos with my camera I can get new meanings from the ordinary world, realizing iconic images which are able to communicate without language boundaries. 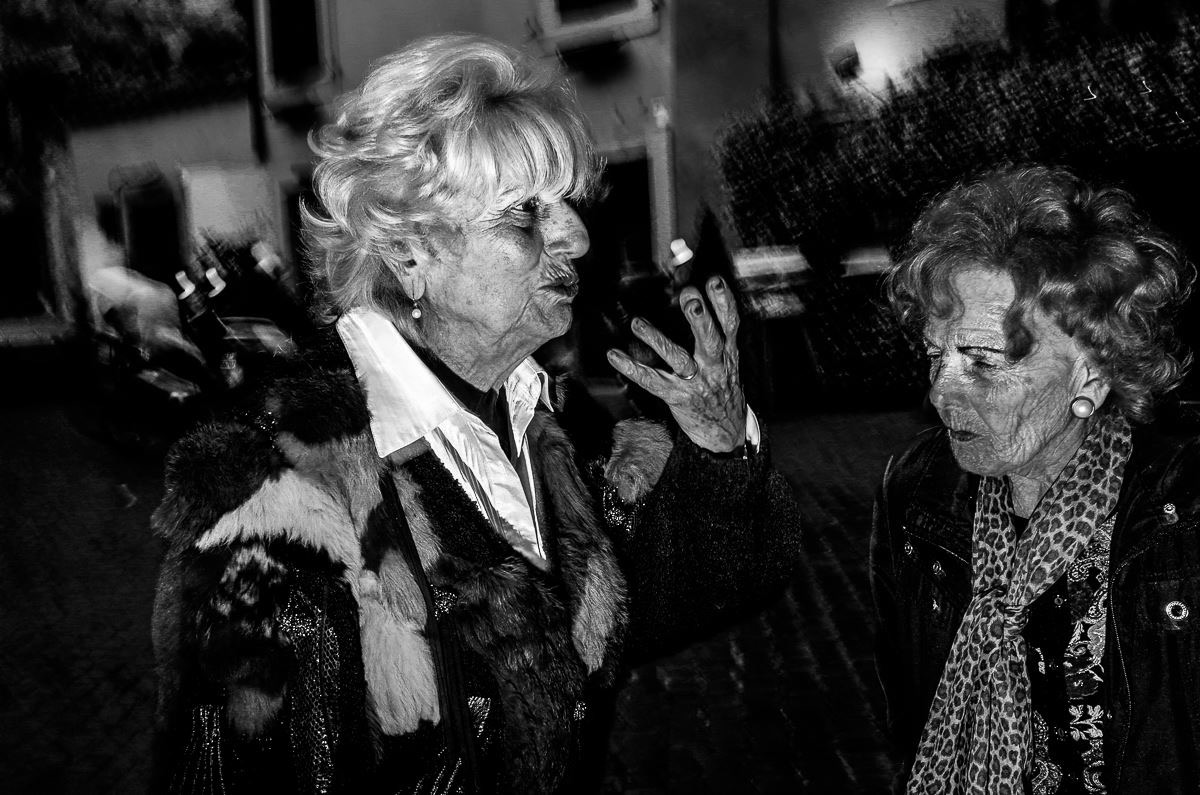 The shot that better represents what street photography is for me and why I’m involved with it, it is the one with the hand in the dark. My shots aren’t often linked to a particular place or time but to an emotional impact.

When I took this shot, the atmosphere was relaxed and joyful. In the crowd I caught these two characters out of the corner of my eye. I didn’t think that much but I took the shot immediately because their mood was a lot in contrast with the surrounding, as if they were in their own world. What I enjoy more about photography is to find non-ordinary life in an ordinary world. (((((More than people I photograph a translation of something I already know.)))))

I don’t know the people I shoot, I don’t talk to them. I usually walk in the same streets, I don’t focus on the shortcoming of the place, but rather on the possibilities. It doesn’t matter where I am, I’m more interested in wandering and experiencing life than in taking photos.