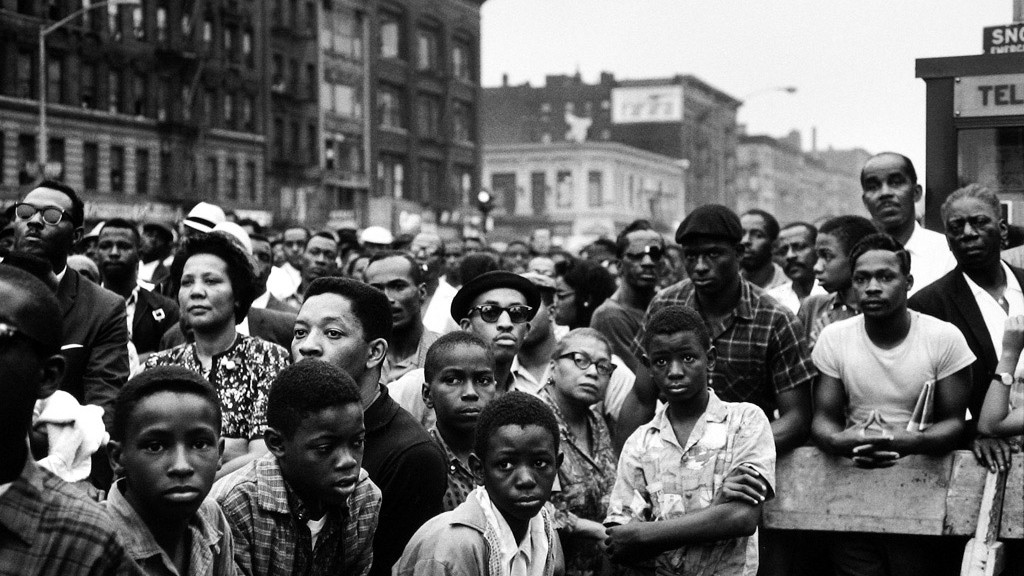 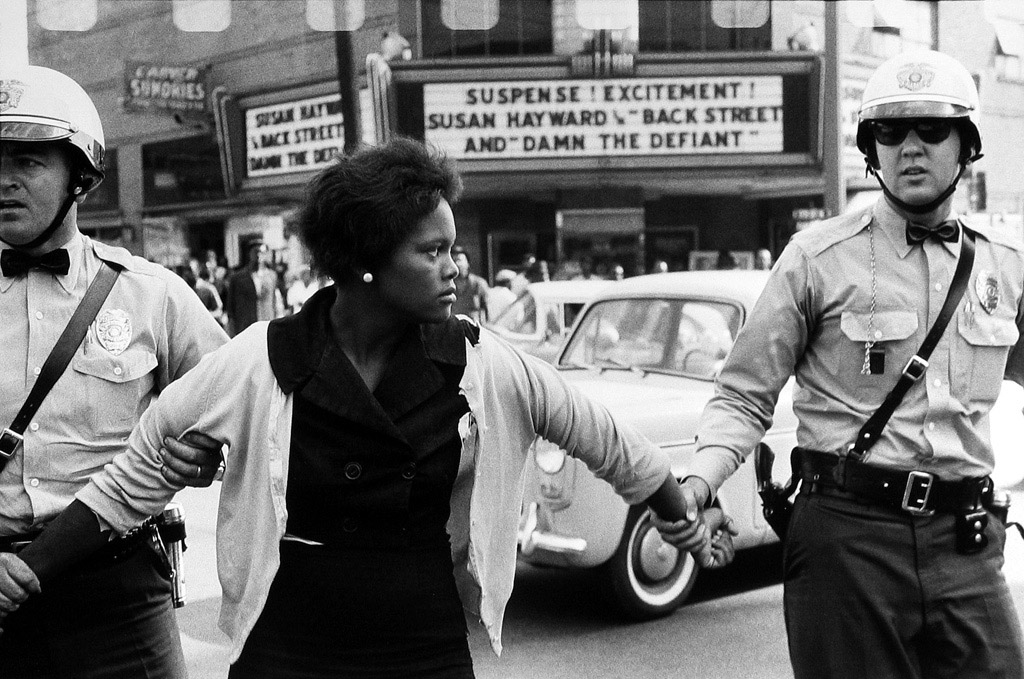 The Robert Koch Gallery is holding an exhibition of Davidson’s earlier work from between 1961 and 1965, the “Time of Change,” which marked the end of segregation. While Time of Change is hopeful, Harlem, East 100th Street asks, “What changet?” During those years, Bruce Davidson documented history as it happened, including Martin Luther King’s famous march in Montgomery, Alabama, where he appears surrounded by a crowd, their arms locked together, and the American flag flying behind them. The image is so iconic that one of its variations was exhibited at Paris Photo in a different (gigantic) format and at the Rolf Art gallery covered with hand-written captions by the Argentinian artist Marcelo Brodsky. 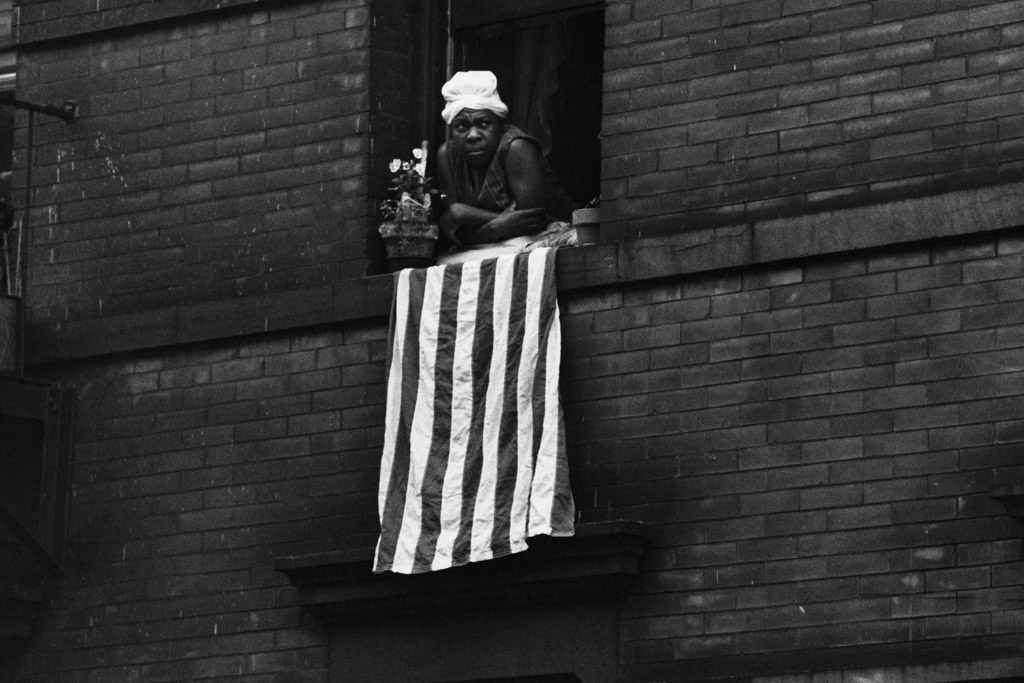 The Robert Koch gallery made selections from Davidson’s series, including social scenes, gatherings and arrests, but above all the living conditions, the uncertainty of a woman in her 40s leaning on her elbow at the window, a marcher being accosted by police, the scorn in certain looks, the excitement in others, the mouths wide open in surprise, the power of the contrasting blacks and whites when these two colors are at the heart of the protests. “I’m not interested in the history of art, but in the art of history. I see photography as a cultural good,” said Davidson in 2010 interview with Marco Bischof, shortly after the publication of Outside Inside (Steidl), a three-volume collection of 800 photographs covering Davidson’s fifty-year career. 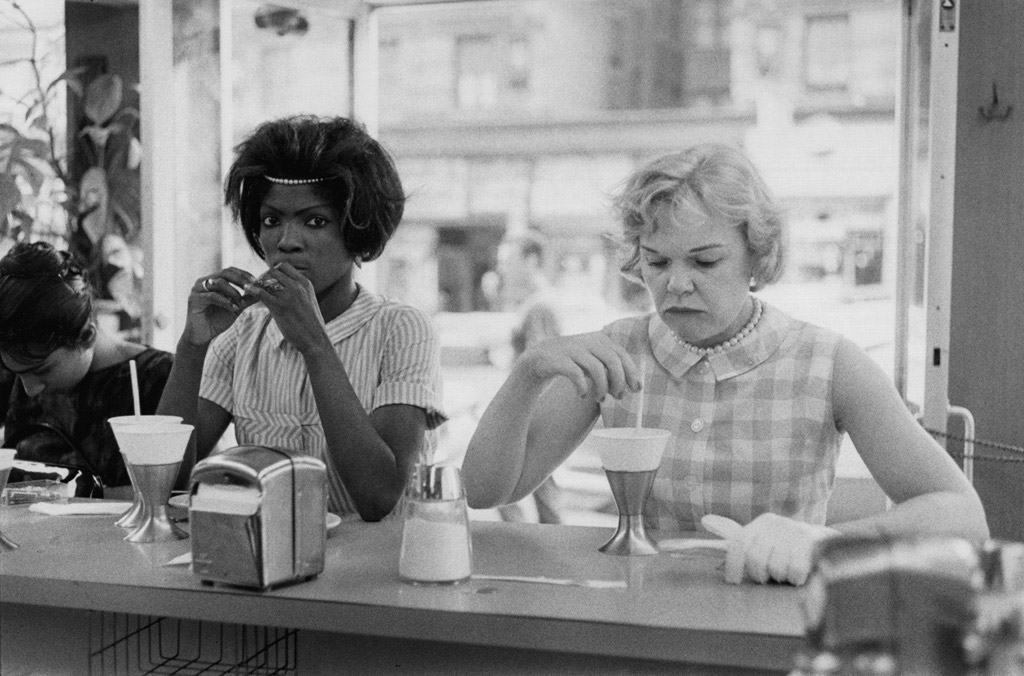 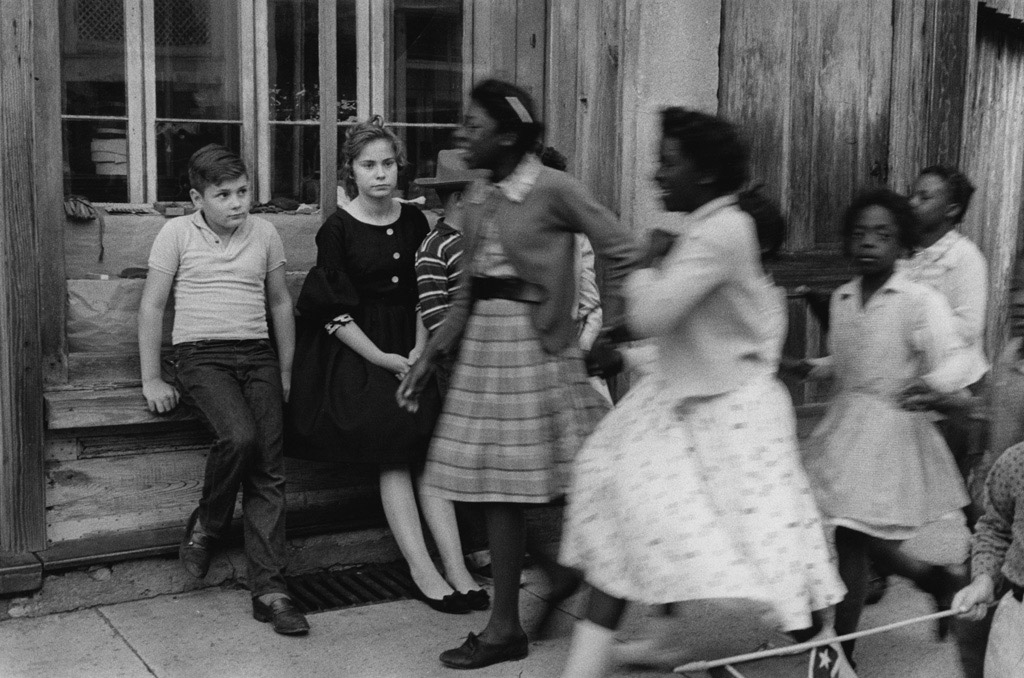