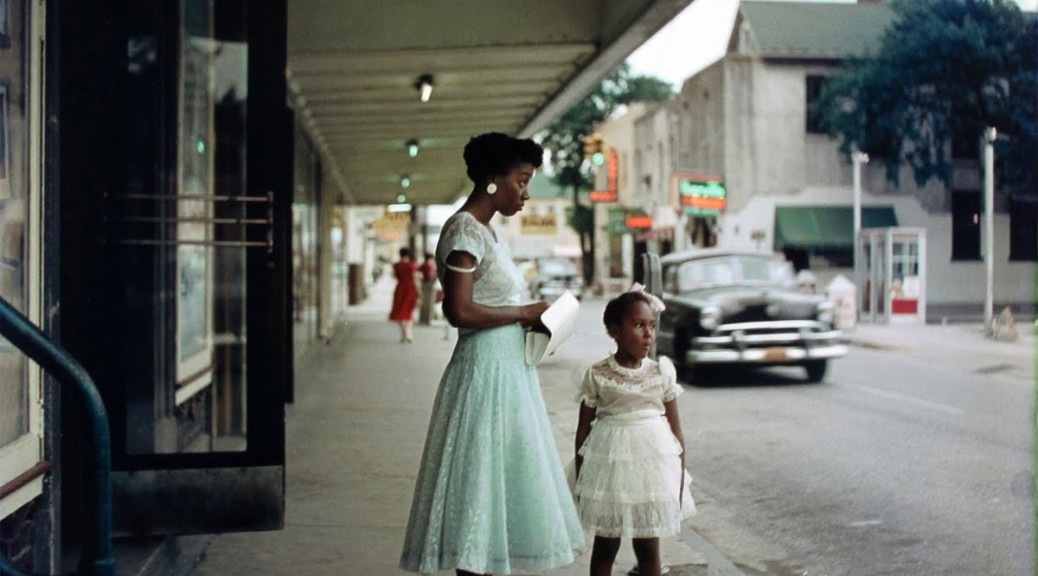 In September 1956, Life magazine published a photo-essay by Gordon Parks entitled “The Restraints: Open and Hidden,” which documented the everyday activities and rituals of one extended African American family living in the rural South under Jim Crow segregation. One of the most powerful photographs depicts Joanne Thornton Wilson and her niece, Shirley Anne Kirksey, standing in front of a theater in Mobile, Alabama, an image which became a forceful “weapon of choice,” as Parks would say, in the struggle against racism and segregation. While 26 photographs were eventually published in Life and some were exhibited in his lifetime, the bulk of Parks’ assignment was thought to be lost. In 2011, five years after Parks’ death, The Gordon Parks Foundation discovered more than 70 color transparencies at the bottom of an old storage bin marked “Segregation Series” that are now published for the first time in Segregation Story. 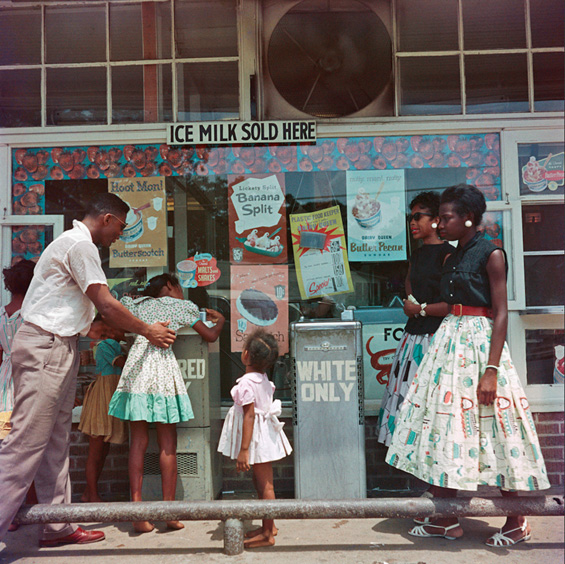